Portable oasis: GE and its partners plan to build a box to produce water from air 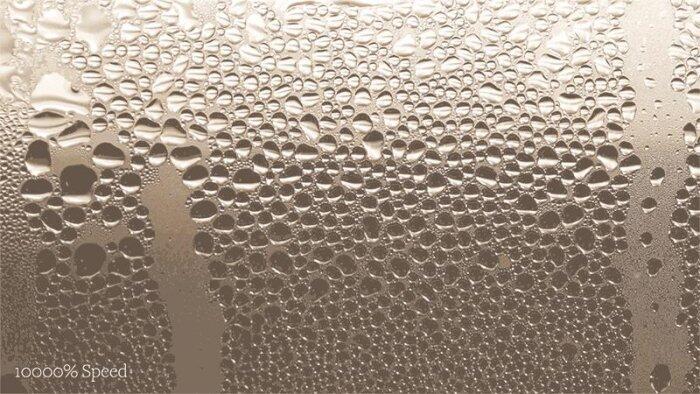 Keeping enemies on the run is all part of the job for soldiers in the U.S. Army, yet troops stationed in the world’s hot spots frequently face another relentless foe: thirst. But scientists at GE Research and their partners at U.S. universities including Omar Yaghi, the James and Neeltje Tretter Chair Professor of Chemistry, UC Berkeley, have mobilized to help. They are building a refrigerator-size device that they believe ultimately will be able to produce hundreds of liters of drinking water per day from the air.

The four-year AIR2WATER project is part of the Defense Advanced Research Projects Agency’s (DARPA) Atmospheric Water Extraction (AWE) program, and its main goal of reducing the risks involved in transporting potable water to troops in the field. But in the long run,  it's conceivable a similar technology could address water scarcity around the world.

Today, the U.S. Army typically trucks gallons of bottled water to troops in the field. These virtual pipelines often snake along narrow roads and through barren landscapes. They are some of the most dangerous supply chains in the world. “Those convoys are targets for enemy combatants," says David Moore, principal investigator and technology manager for material physics and chemistry at GE Research, in Niskayuna, New York. Ten to 12 percent of Army casualties in Iraq and Afghanistan are related to the transport of water and fuel.

The process is also expensive. “This bottled water supply costs thousands of times more than the water that comes out of the tap at home,” says Moore. This adds to the U.S. Department of Defense’s logistics costs, which already make up one-third of its budget. 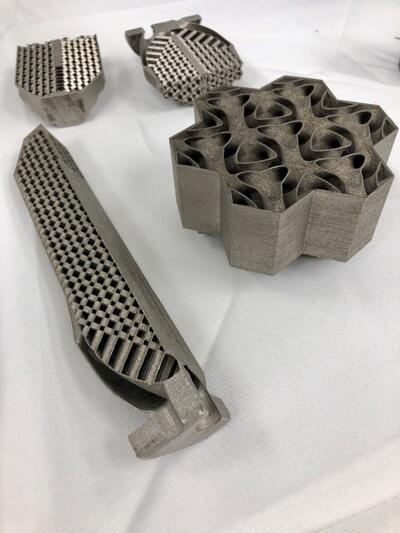 Scientists at GE Research are partnering with U.S. universities to build a device that they believe can produce drinking water from air. The projects calls on advanced technologies such as additive manufacturing. Image courtesy UC Berkeley.

AIR2WATER - or Additively Manufactured, Integrated Reservoir to Extract Water Using Adsorbents and Thermally-Enhanced Recovery - combines the latest advances in materials science, 3D printing and other advanced technologies. GE Research is developing it alongside scientists and engineers from University of California, Berkeley, and University of South Alabama and artificial intelligence (AI) experts at the University of Chicago. It only requires the earth’s atmosphere and a power source to start producing water.

The hope is that at the time of completion of this four-year project the device could deliver around 500 liters of water per day, which means it could churn out around a liter every three minutes - enough for 150 soldiers.

The concept resembles a small refrigerator box that can sit on carrying poles, allowing four soldiers to hoist the device on and off a truck.  It is being designed so it contains a dense metal sponge and heat exchanger that work together to mop water from thin air.

Once hooked up to a fuel source, the sponge will suck in the air, while the heat exchanger will precipitate drops of water vapor and suspend them in the air. The water, which condenses from the vapor, is particulate-free and ready to drink.

But AIR2WATER will have  to work in places where there is 5-10% relative humidity, Moore says. In comparison, relative humidity hovers around the 60% mark in New York state. To make it work in those conditions, the scientists will have to increase the sponge’s surface area. They also plan to use 3D printing to make the heat exchanger operate efficiently even at very low flow rate of water and eliminate the need for power-hungry pumps.

Moore says it’s still the early days. “We’re at TRL 1-2 out of 9,” he explains, referring to DOD’s Technology Readiness Level (TRL) scale. But GE Research is counting on its assembled team. Berkeley, led by professor of chemistry Omar Yaghi, is overseeing the development of sorbent materials for the sponge; South Alabama, led by professor Grant Glover, will model the mass transfer and measure the adsorption kinetics; AI experts from the University of Chicago, spearheaded by professor Laura Gagliardi, will utilize AI-guided molecular screening tools to help find the right materials.

“This is a truly multidisciplinary program,” Moore says. “We have team members from materials, digital, additive manufacturing, AI, as well as a thermosciences and mechanical design,” he adds. “It exemplifies the work of our research center.”