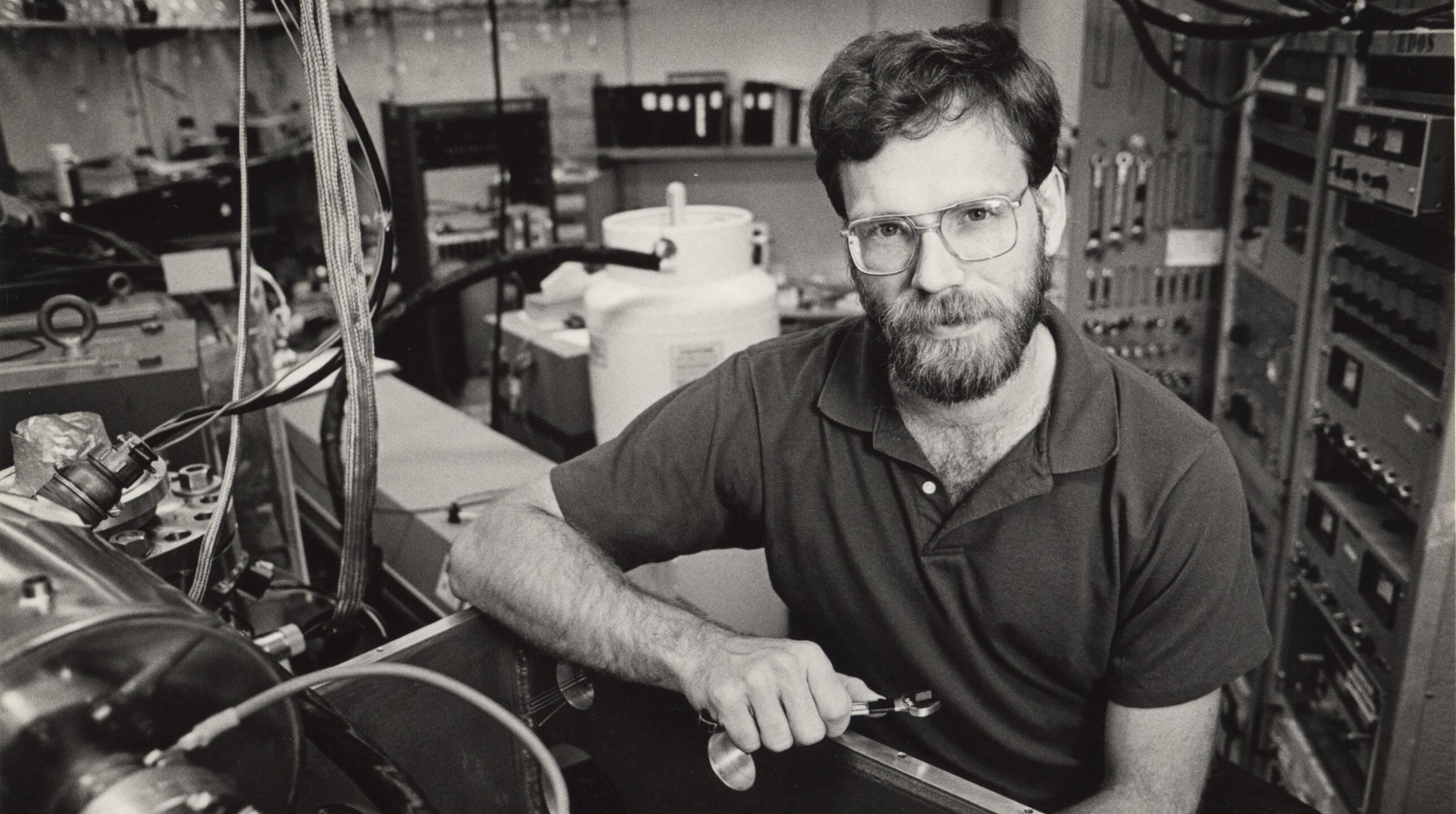 Professor Armentrout  (at the College of Chemistry from 1981 to 1986 before moving to University of Utah) was born in Dayton, Ohio on March 13, 1953. He received a B.S. degree with highest honors in 1975 from Case Western Reserve University, Cleveland, Ohio. While at Case, Prof. Armentrout conducted research with Prof. Rob Dunbar on photodissociation spectroscopy of molecular ions which led to his interest in ion-molecule chemistry. After bicycling to California during the summer of 1975, he joined Prof. Jack Beauchamp at Caltech where he was awarded the Blanche A. Mowrer Memorial Fellowship. At Caltech, he constructed an ion beam apparatus designed to study the hyperthermal reactivity of atomic uranium and other metal ions; work which comprised his Ph.D. thesis, awarded in 1980. That January, Prof. Armentrout became a postdoctoral member of staff at Bell Labs in Murray Hill, New Jersey, working with Dr. Robert S. Freund. There he studied electron impact ionization of metastable atoms and molecules. 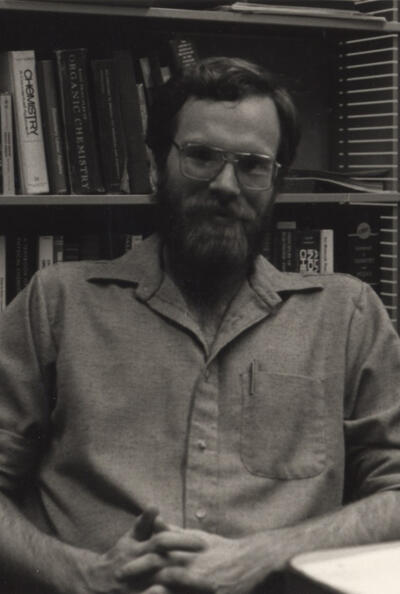 In July of 1981, Prof. Armentrout became an assistant professor at the University of California at Berkeley. He initiated a program which has come to study a wide spectrum of chemistries (primarily of transition metal species) by using ion-beam mass spectrometry. While at Berkeley, he was awarded a Camille and Henry Dreyfus Grant for Newly Appointed Faculty in Chemistry (1981), a NSF Presidential Young Investigator Award in its inception year (1984), and an Alfred P. Sloan Research Fellowship (1986). In 1987, he joined the faculty at the University of Utah as an associate professor where he was awarded a Camille and Henry Dreyfus Teacher-Scholar Grant (1987). In 1989, he was promoted to full professor.

He has been recognized at Utah with an Outstanding Undergraduate Teaching Award from the Chemistry Department (1989) and the University-wide Distinguished Research Award (1994). He was the recipient of the Buck-Whitney Award from the American Chemical Society Eastern New York Section (1993) and in 1997, the graduate students at the Ohio State University Department of Chemistry selected Professor Armentrout as their Mack Memorial Award Lecturer. In 1998, he was promoted to Distinguished Professor of Chemistry and named Cannon Fellow in 2003. He received the Biemann Medal from the American Society of Mass Spectrometry in 2001,  the Utah Award of Chemistry from the Utah Sections of the American Chemical Society in 2003, the Field and Franklin Award for Outstanding Achievement in Mass Spectrometry from the American Chemical Society in 2009, the Governor's Medal for Science and Technology Award from the State of Utah in 2010, and the Rosenblatt Prize for Excellence from the University of Utah in 2011. In 2011, his teaching was recognized by the R. W. Parry Teaching Award given by the Department of Chemistry, University of Utah.

He is married to his high school sweetheart Mary Ann White. They have three children, Matthew, Patricia, and Erin.