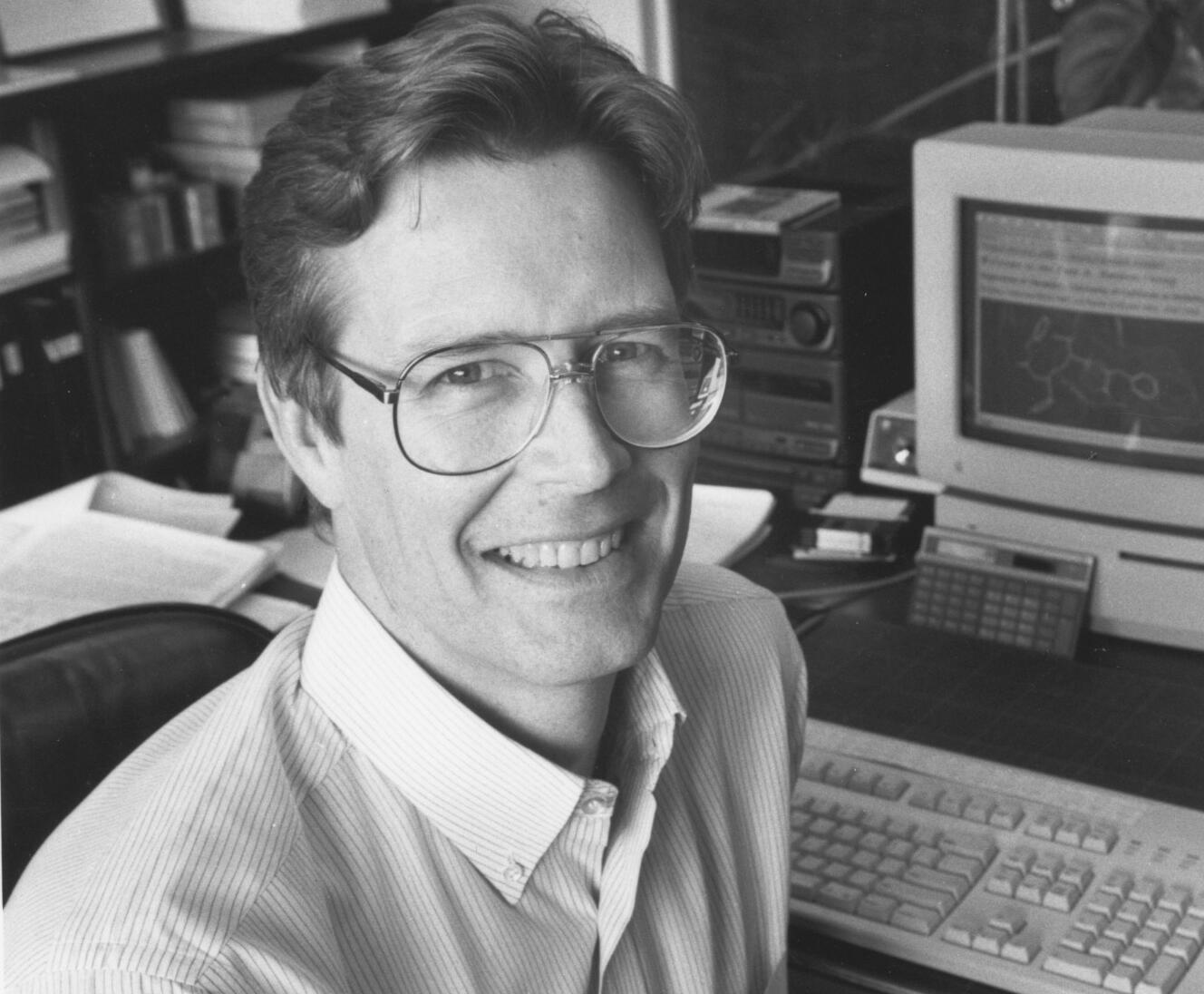 Emeritus Professor Paul A. BARTLETT grew up in New England, did his schooling in the Boston area, and graduated with an A.B. (Phi Beta Kappa) and an A.M. in Chemistry from Harvard University in 1969. As an undergraduate, he did research with David Dolphin on the synthesis of the alkaloid ipalbidine. His graduate years were spent as an NSF Predoctoral Fellow at Stanford University, working under the direction of William S. Johnson on an ester cleavage reagent and a synthesis of estrone by cationic olefinic cyclization. After receiving his Ph.D. in 1972, Dr. Bartlett spent a year as an NIH Postdoctoral Fellow in the laboratory of S. Jonathan Singer of the Biology Department at UC-San Diego, developing a cleavable protein crosslinking reagent and a water-soluble, derivatizable heavy-metal cluster for specific electron microscopic staining purposes. In 1973, he joined the faculty of the Chemistry Department at the University of California, Berkeley, where he was Professor until he became emeritus in 2003. He has held fellowships from the NSF, NIH, and the Alfred P. Sloan Foundation, and he has been the recipient of the Alexander von Humboldt Senior Scientist Award, the Stuart Pharmaceuticals Award, the Buck-Whitney Medal, and the Cope Scholar Award. He is a fellow of the American Academy of Arts and Science, the American Association for the Advancement of Science, and the Royal Society of Chemistry.

Dr. Bartlett's early research interests involved the development of synthetic methods and their application to problems in natural products chemistry. The focus of this work was on methods of stereocontrol via cyclization reactions, with syntheses of the antibiotics nonactin, tirandamycin A, and polyether targets as representative examples.

The major emphasis during his research career was the application of organic synthesis to biological problems. At the outset, this work focussed on the synthesis and study of enzyme inhibitors and metabolic intermediates. His group devised potent inhibitors of enzymes from a number of classes, in particular the tetrahedral phosphorus derivatives as transition state analog peptidase inhibitors. Dr. Bartlett also addressed issues surrounding the principles of transition state analogy and the influences that structural alterations have on the kinetic and thermodynamic aspects of enzyme-inhibitor interaction.

A major area of interest was the shikimate-chorismate biosynthetic pathway; his group synthesized and evaluated intermediates and inhibitors for more than nine enzymes in the sequence. As their last contribution to this field, his group answered the final mechanistic question in the pathway with the determination of the stereochemical course of EPSP synthase by total synthesis of the unstable tetrahedral intermediate.

An outgrowth of his interests in enzyme inhibitor design was the use and development of structure-based approaches and molecular modeling for the design of three-dimensional peptide mimics and enzyme inhibitors. To aid in this work, he and his group developed the program CAVEAT and a number of 3-D structural databases, including TRIAD and ILIAD. 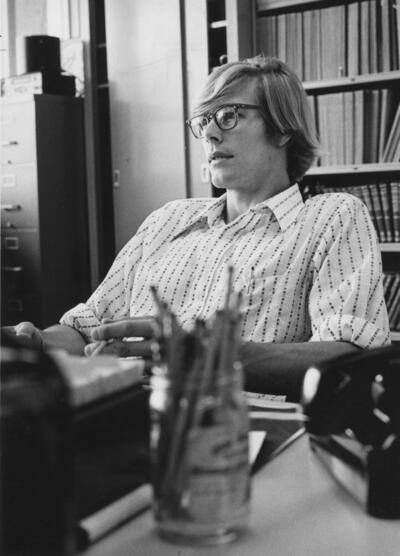 His most recent projects continued his interest in peptidomimetics with the design of molecules to induce or mimic specific peptide and protein conformational elements, such as alpha-helices and beta-sheets. Hybrid oligomers known as "@-tides", which incorporate cyclic amino acid analogs to favor the extended conformation, were investigated as beta-strand mimics and components in peptide host-guest systems.

Throughout his career Dr. Bartlett consulted extensively with scientists in the drug discovery, agrochemical, and software development industries, as listed here. He was a cofounder of Pharmacopeia in 1993 and served as chair of its scientific advisory board until its acquisition by Ligand in 2008. Most recently, he served on the Novartis Science Board from 2000-2011. He has also been called upon to provide expert opinion in patent infringement and validity disputes in the field of drug discovery.

Since becoming professor emeritus in 2003, Dr. Bartlett's creative interests have lead him in an artistic direction, pursuing a novel method of presenting photographic images in a 3-dimensional format. Examples of his "Xtra-Dimensions" approach can be found on his other website xtra-dimensions.com. His outdoor interests still include swimming and bicycling for exercise, with skiing and scuba diving the goals of more extended vacations. The two questions that he has been asked many times over the years frequently begin with "Are you related to the famous Paul Bartlett?" and "Are you still jumping out of airplanes?"; the answer to both questions is no. 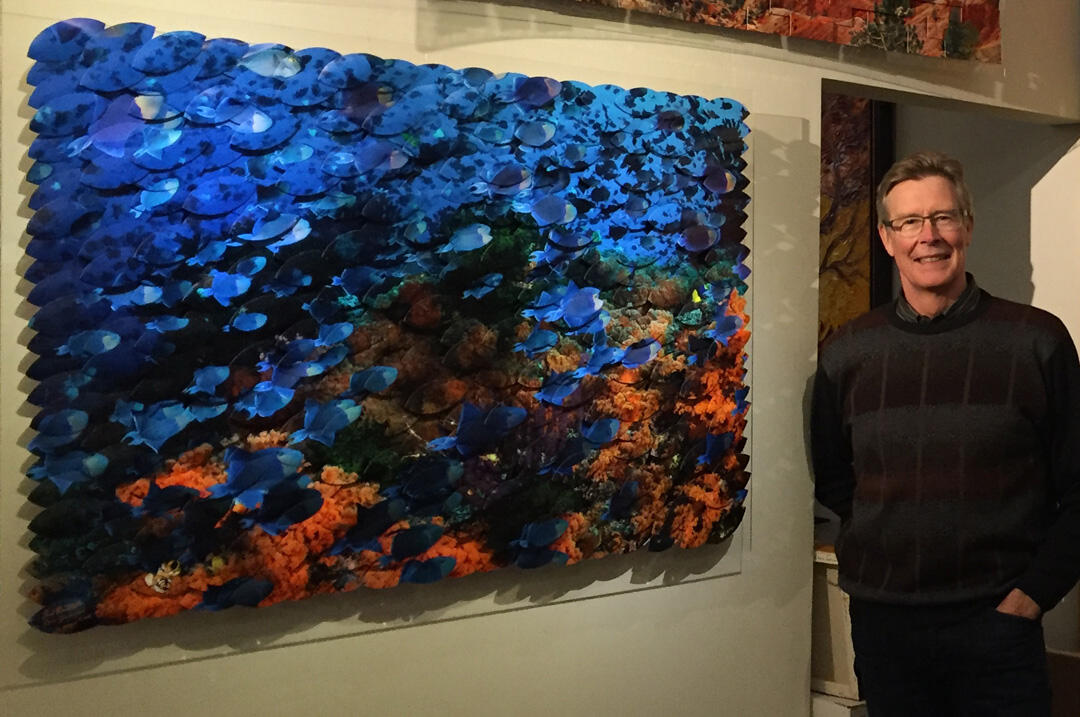