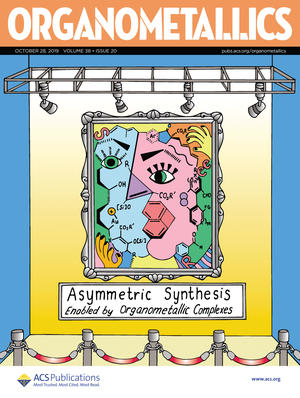 Chiral molecules in their enantioenriched or enantiopure forms today are targets of great significance for their widespread applications, ranging from medicinal chemistry to materials science.

Asymmetric synthesis enabled by organometallic complexes is one of the preeminent routes toward these targets. Great achievements have been made in this field, as exemplified by the 2001 Nobel Prize in Chemistry awarded to Knowles and Noyori and to Sharpless for their work in enantioselective transition-metal-catalyzed hydrogenation and oxidation reactions, respectively.

The continued developments of the past two decades have expanded the toolbox of metal-mediated enantioselective reactions and revolutionized our approach to the synthesis of chiral molecules. The remarkable advances in organocatalytic and biocatalytic asymmetric synthesis notwithstanding, research into metal-catalyzed asymmetric reactions remains an important and vibrant area owing to the diverse bond formation, high efficiency, and versatile reactivity offered therein.

We celebrate these achievements with this Organometallics Special Issue, “Asymmetric Synthesis Enabled by Organometallic Complexes,” which offers a platform to showcase the state of the art on this evolving topic. A total of 21 articles covering almost all aspects of transition-metal catalysis are published here, representing contributions from some of the most active, world-leading chemists in the field of asymmetric synthesis. The articles cover the design and synthesis of chiral ligands, the synthesis and characterization of structurally well-defined chiral organometallic complexes, and new asymmetric reactions catalyzed by organometallic complexes. In addition, asymmetric synthesis as applied to the cutting-edge areas of C–H bond activation, dearomatization, and earth-abundant metal catalysis is also covered.