The three main components of a lithium-ion battery—anode, cathode, and electrolyte—must all be optimized to produce a safe, low-cost, and high-energy product. The cathode has traditionally been the most expensive piece; it stores energy in ordered crystal structures that are based on costly and rare metals, like cobalt. In contrast, manganese is inexpensive, earth abundant, and non-toxic, but substituting the disordered crystal structures of manganese for cobalt-based structures had long been thought to introduce an energy tradeoff. Now, researchers have delivered outstanding performance using two new manganese-based materials.

The scientists investigated the energy density and capacity of Li2Mn2/3Nb1/3O2F and Li2Mn1/2Ti1/2O2F when used as cathodes. Their work at the Advanced Photon Source and the Molecular Foundry revealed that lithium and manganese form a rocksalt structure (similar to table salt) to achieve high energy density. The team then conducted soft x-ray spectroscopy at the ALS. Previous manganese-based cathodes had higher rates of oxygen oxidation, which results in capacity fade, or decreased capacity as batteries discharge and recharge. Oxygen spectra from Beamline 8.0.1 revealed that these two new cathode materials have lower rates of oxygen oxidation. In addition to avoiding capacity fade, the new cathodes have higher capacity because the oxidation state of the manganese cycles between Mn2+and Mn4+, yielding twice the number of electrons (and charge) as cobalt. 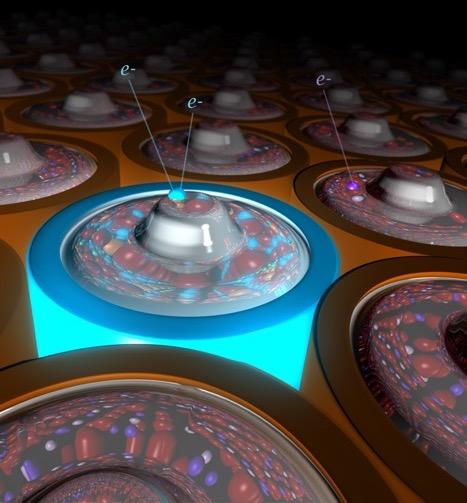