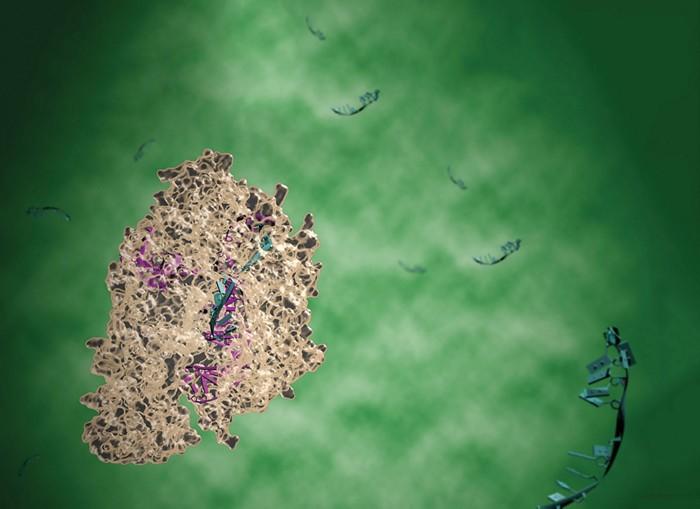 As scientists march closer to using CRISPR gene editing to treat diseases, the U.S. Department of Defense is prepping for the possibility of a more nefarious use of CRISPR: its weaponization to harm humans, animals, or crops.

Earlier this month, two papers published in Science offered the first glimpse of the kind of research that DARPA is supporting. Two groups, one led by Jennifer Doudna from the University of California, Berkeley (Science 2018, DOI: 10.1126/science.aau5138), and another led by Joseph Bondy-Denomy at the University of California, San Francisco (Science 2018, DOI: 10.1126/science.aau5174), discovered several new CRISPR inhibitors, including one for CRISPR/Cas12a, an increasingly popular alternative to the standard CRISPR/Cas9 gene editor.

Bondy-Denomy is well versed in these CRISPR inhibitors. In 2013, he helped discover the first anti-CRISPR proteins, as they’re called, and he has been on the hunt for more ever since. Those first anti-CRISPRs weren’t helpful for halting gene editing because they didn’t work on the Cas enzymes that cut and edit DNA in the CRISPR methods widely used in labs.

In 2016, multiple labs, including Bondy-Denomy's, found the first Cas9 inhibitors, but Cas12a inhibitors have remained elusive. Scientists are interested in the therapeutic gene-editing applications of Cas12a because it is a more compact protein than Cas9 and therefore may be easier to get into humans. Cas12a is also better for inserting new DNA into genomes, whereas the traditional Cas9 is better suited to turning genes on or off.

To find Cas12a inhibitors, Bondy-Denomy's and Doudna's labs scanned bacterial genomes with similar bioinformatics strategies. That search led both teams to a cow pathogen called Moraxella bovoculi and an anti-CRISPR called AcrVA1, which effectively inhibited Cas12a when the scientists tried to use it for gene editing in human cells in culture.

"It is always a good sign when two independent studies converge on the same picture," says Erik Sontheimer, a CRISPR scientist at the University of Massachusetts Medical School whose lab helped discover Cas9 inhibitors. "Whether it will be useful therapeutically or not, I'm not sure. It is still pretty early days," he adds.

Karen Maxwell, a scientist who studies anti-CRISPRs at the University of Toronto, says that even if the anti-CRISPRs are not used against possible bioweapons, they could still prove handy for making CRISPR therapies safer.

Scientists developing CRISPR gene-editing systems to treat a disease don’t want Cas enzymes to hang around long after they’ve made the desired edits to DNA. The longer Cas lingers, the more likely it is to make unintended and cell-damaging breaks in DNA. Doudna and Bondy-Denomy have already shown that administering the Cas9-specific anti-CRISPR proteins just hours after applying CRISPR/Cas9 can result in a 75% decrease in off-target cuts (Sci. Adv. 2017, DOI: 10.1126/sciadv.1701620).