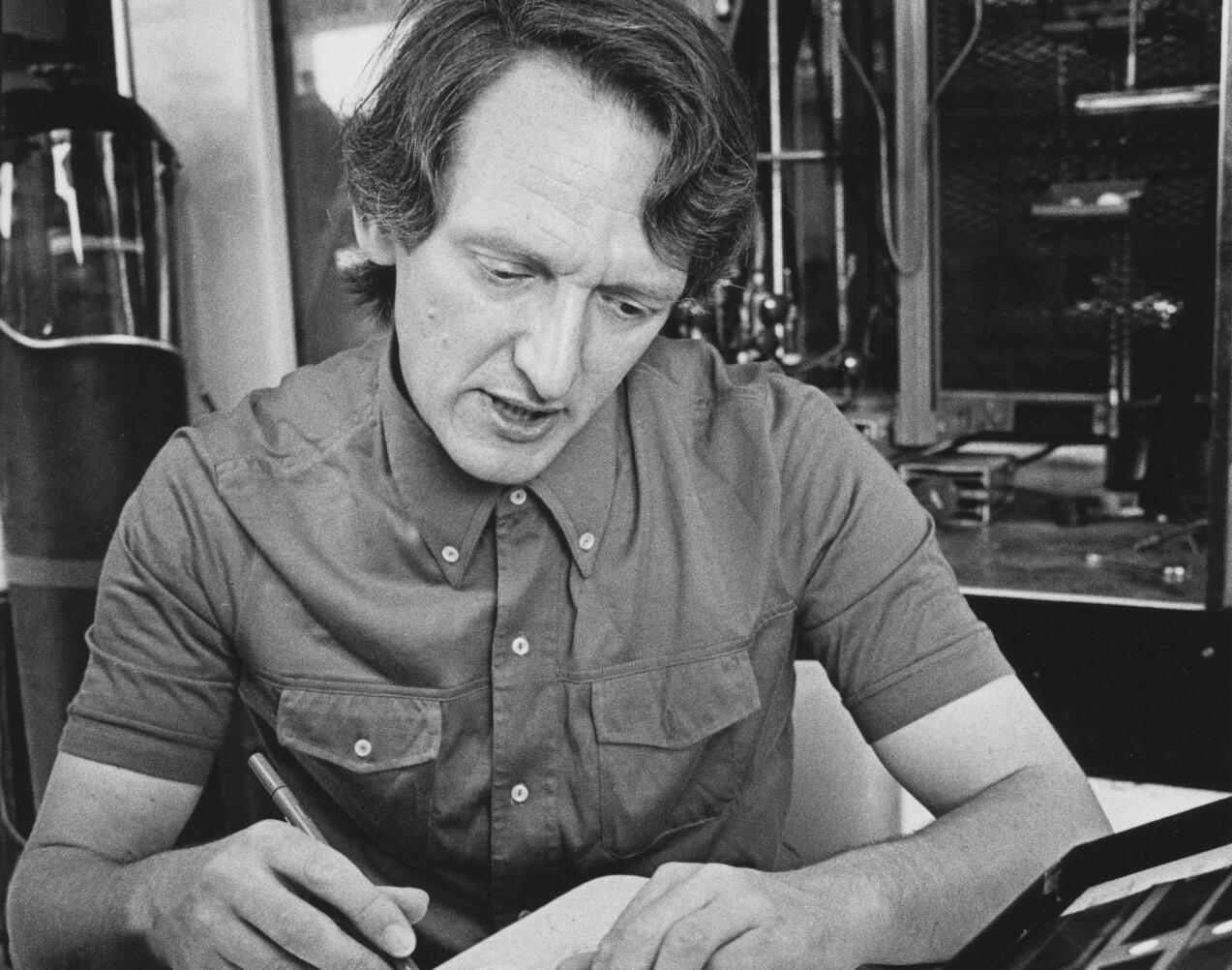 Neil Bartlett, a renowned emeritus professor of chemistry at the University of California, Berkeley, whose groundbreaking experiments challenged the prevailing views of the nature of noble gases, died unexpectedly on Tuesday, Aug. 5, 2008 at John Muir Medical Center in Walnut Creek, Calif., from an aortic aneurysm. He was 75.

Bartlett was best known for his critical experiment in 1962 at the University of British Columbia demonstrating that xenon, a member of the family of noble gases, could form compounds.

The news that Bartlett had formed a compound of xenon shocked the scientific world and was hailed in 2003 by Chemical & Engineering News magazine as one of the 10 most beautiful experiments in the history of chemistry.
Until Bartlett's experiment, chemistry students had been taught that the noble gases, including helium and neon, were inert and unable to form chemical bonds with other elements. The nature of chemical bonds, and how they join elements together to form compounds, is one of the most fundamental concepts in chemistry. Bartlett's work was critical to the modern understanding of the chemical bond, and led to noble gas compounds that are used in the creation of antitumor agents and in specialized lasers.

"Bartlett was the first person to prepare a compound of a so-called 'inert' or 'noble' gas," said William Jolly, UC Berkeley professor emeritus of chemistry and a colleague of Bartlett's. "For that action, he deserved a Nobel Prize, although it was never awarded to him. He will forever be recognized as a genius by the scientific community for the logical and imaginative procedure he used in that preparation.

"The same ingenuity characterized his experimentation in other aspects of inorganic chemistry. In department seminars, he often enlivened discussions with his thoughtful comments, much as did G. N. Lewis in the early 20th century. His colleagues will greatly miss the pleasure of his companionship and good humor."

In 2006, the American Chemical Society, in conjunction with the Canadian Society of Chemistry, designated a new International Historic Chemical Landmark to honor the work of Bartlett. The landmark at the University of British Columbia commemorates Bartlett's famous 1962 experiment and includes a plaque that says, "Spurred by Bartlett's success, other scientists soon began to make new compounds from xenon, radon and krypton. With Bartlett's simple experiment, the old 'law' of the unreactivity of the noble gases had disappeared."

Bartlett was born Sept. 15, 1932, in Newcastle-upon-Tyne, England. At an early age, he became interested in chemistry, and he built his own lab at home. Bartlett recalled conducting an experiment when he was 12 years old in which he prepared what he called "beautiful, well-formed" crystals by the reaction of aqueous ammonia and copper sulfate.

His knowledge of chemistry earned him a scholarship to attend King's College in Durham, England, where he earned his B.S. in 1954 and his doctorate in 1958. In 1958, Bartlett was appointed a lecturer in chemistry at the University of British Columbia in Vancouver, Canada, where he remained until 1966, eventually reaching the rank of full professor. It was during his time there that he conducted his most famous experiment. 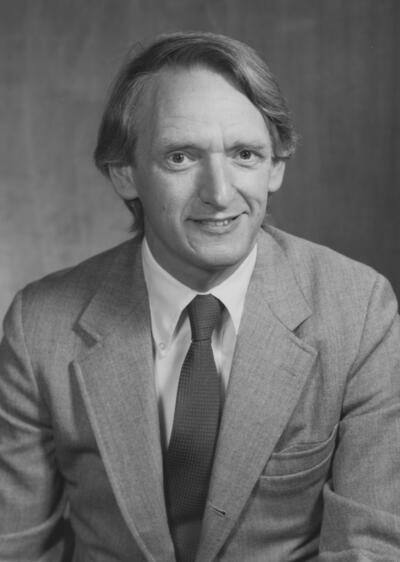 After a three-year stay at Princeton University, where he discovered he missed the West Coast, Bartlett joined the chemistry faculty at UC Berkeley in 1969. He retired in 1993, but continued to work as a senior scientist at the Lawrence Berkeley National Laboratory until 1999. Bartlett became a U.S. citizen in 2000.

In addition to his research with noble gases, Bartlett's studies included the general field of fluorine chemistry, with a special interest in the stabilization of unusually high oxidation states of various elements.

Bartlett is also known for his contributions to the understanding of the thermodynamic, structural and bonding properties of chemical reactions. He helped develop novel synthetic approaches, discovered and characterized many new fluorine compounds, and also produced many new metallic graphite compounds, including some that show promise as battery materials.

Bartlett won numerous national and international awards, including membership in The American Academy of Arts and Sciences; Foreign Associate of The National Academy of Sciences; The Welch Award in Chemistry; The Prix Henri Moissan from France, where he was a foreign associate of the Institut de France (Académie des Sciences) and The Davy Medal of The Royal Society of London, where he was elected a fellow. He also earned many honorary degrees from universities around the world.

In his retirement, Bartlett enjoyed watercolor painting, carpentry, silversmithing and gardening. At the time of his death, he was living in Orinda, Calif., with his wife of 51 years, Christina Bartlett.

In addition to his wife, Bartlett is survived by his sons, Jeremy Bartlett of El Cerrito, Calif., Christopher Bartlett of Palo Alto, Calif., and Robin Bartlett of Oakland; and by his daughter, Jane Piggott of Folsom, Calif. He also leaves five grandchildren. 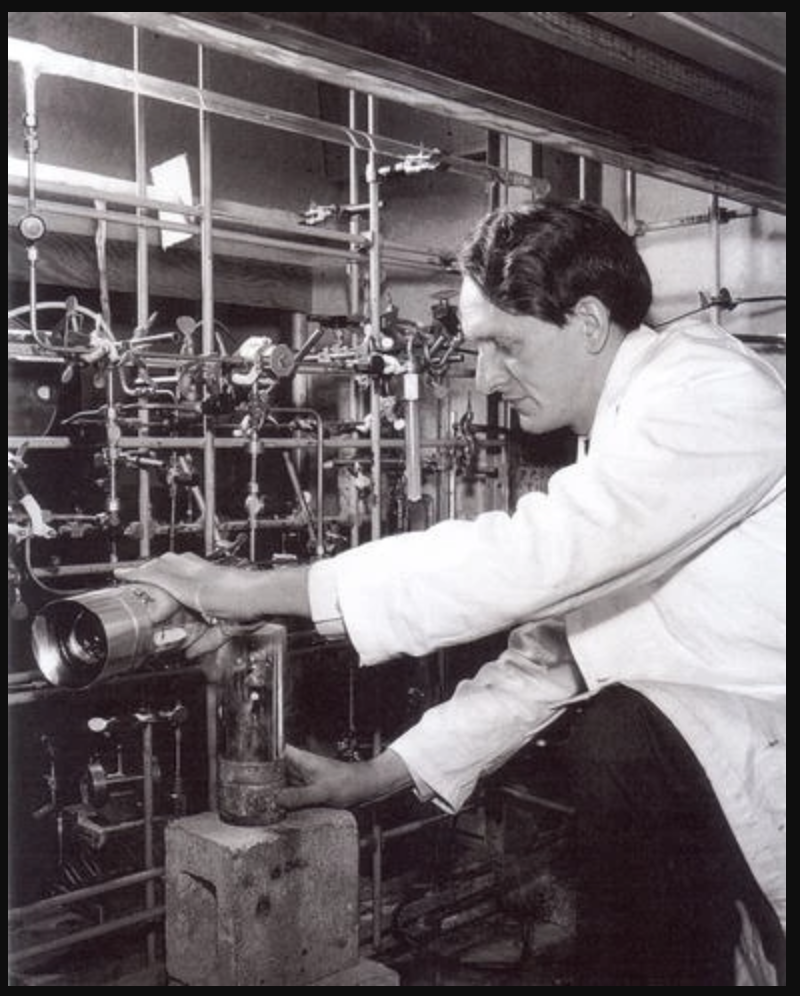 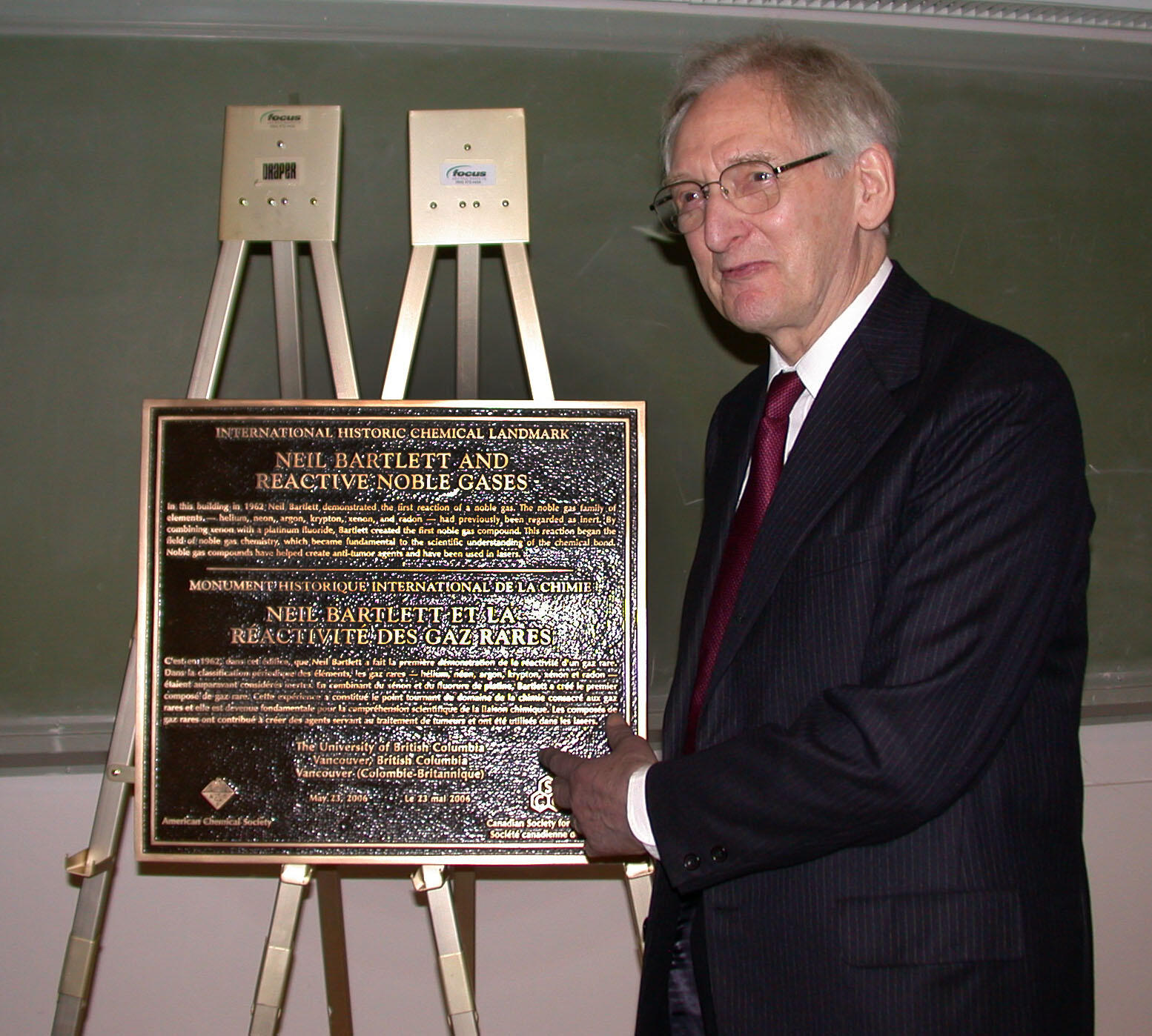