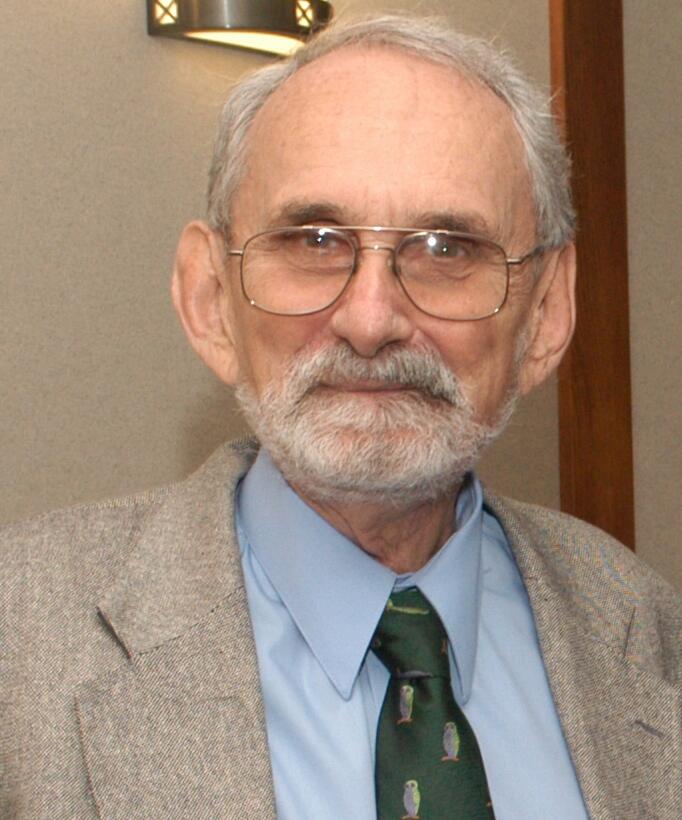 The College of Chemistry is sad to announce that internationally acclaimed scientist and nanotechnology pioneer Robert Curl who was a Berkeley alum (Ph.D. 1958, Chemistry with Kenneth Pitzer); Nobel laureate in Chemistry, 1996, and University Professor Emeritus and the Kenneth S. Pitzer-Schlumberger Professor Emeritus of Natural Sciences at Rice University passed away on July 3rd in Houston at the age of 88. He was on the faculty at Rice University for 64 years where he also received his undergraduate degree.

Rice’s President Reginald DesRoches said of Professor Curl, “Despite winning one of science’s top honors, Bob was a quiet hero who stayed true to his passions – scientific discovery, teaching, and the spirit of collegiality. During his 64 years as a faculty member at Rice, Bob mentored countless students and colleagues. His institutional presence on campus made a profound contribution to the university’s culture and character that will live on for years to come.” [1]

Professor Curl’s expertise was in physical chemistry and the use of lasers and microwave radiation to determine the structure of molecules and how they react. Along with Rice’s Rick Smalley and Britain’s Harold Kroto, he shared the 1996 Nobel Prize for Chemistry for the discovery of fullerenes. (Also known as carbon-60, or buckminsterfullerene, a closed, cage structure of 60 carbon atoms in the form of a soccer ball measuring about 1 billionth of a meter, or a nanometer, in diameter.

In his Nobel biography, Professor Curl wrote a charming story about his experience while he was in graduate school at Berkeley: 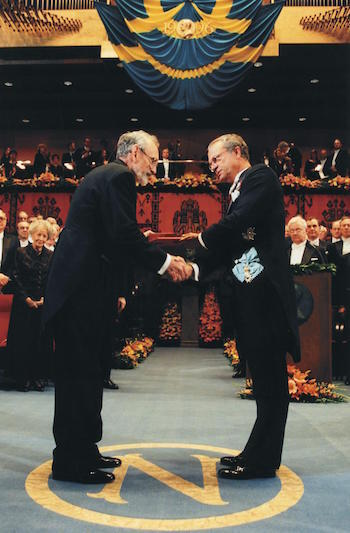 While I was at Berkeley, Pitzer was the Dean of the College of Chemistry and a very busy man. Nevertheless he was always completely accessible to his graduate students, and always genuinely delighted to see me when I interrupted his work. When our conversation reached its conclusion, he graciously got me out of his office. I was grateful for this as well because at the time, as you can see from my comments about visiting John Kilpatrick, I had trouble with leave-takings. I think that I received an excellent education in how to do research from Pitzer. The most important work I did at Berkeley was on Pitzer’s extension of the Theory of Corresponding States. Over the years, I have remained in contact with Ken and Jean Pitzer. Indeed, we were able to collaborate again in research some years later when he was president of Rice University.

My years at Berkeley were some of the happiest of my life primarily because it was during this time that I met and married my wife, Jonel. Our union seemed pre-ordained when we discovered that our ancestors came from the tiny town of Center Point, Texas (pop. 300).

At that time, there seemed to be an unwritten rule that Pitzer’s students should do experiment as well as theory. This suited me because I had always been interested in experiments. Pitzer suggested that I investigate the matrix isolation infrared spectrum of disiloxane in order to establish whether the SiO-Si bond was linear or bent. If I had tried to do these experiments involving liquid hydrogen without help, I believe there is a good chance an explosion would have resulted. However, a fellow student, Dolphus Milligan, helped me tremendously with these experiments and with his aid I was able to collect the necessary data, which indicated that Si-O-Si is somewhat bent from linearty.

Pitzer was able to help me get a post-doctoral position with E. Bright Wilson at Harvard. At that time, Wilson had developed a method for measuring barriers to internal rotation using microwave spectroscopy and I was still interested in internal rotation barriers. It seemed a perfect situation. I enjoyed Harvard scientifically. Wilson’s personality was very different from Pitzer’s. Although he was born in Tennessee, he personified the New England virtues of upright integrity and serious concern about all aspects of life. His disapproval of superstition in all forms was well-known; none of us would dare mention in his presence the gremlins we all suspected inhabited his microwave spectrometer. Wilson above all was a fine, decent, caring person who wanted the best for his students.[2]

Curl, who joined the Rice chemistry faculty in 1958, spent most of his career studying the spectra, structures and kinetics of free radicals and other substances via spectroscopy. He then turned his attention to economics, mathematically modeling such disparate subjects as coal versus gas for energy production to the effects of automation on the nation’s economy with Dagobert Brito, Rice’s Peterkin Professor of Political Economy.

In the middle of his career, he detoured into nanoscience when an acquaintance, Harry Kroto, then a professor at the University of Sussex, came calling to use Rice equipment to study how carbon chains form in space.

Those experiments led to the early morning phone call Oct. 9, 1996, to inform Professor Curl, Kroto, and Rice colleague Richard Smalley of their Nobel Prize for discovering the carbon-60 molecule, aka the buckminsterfullerene — or buckyball.

Their work sparked the field of nanoscience and indirectly led in subsequent years to the development of carbon nanotubes and the two-dimensional material graphene for material, medical and electronics use. [3]

In the video interview below filmed in 2016, Professor Curl discusses how one lives gracefully with the world’s most prestigious prize.