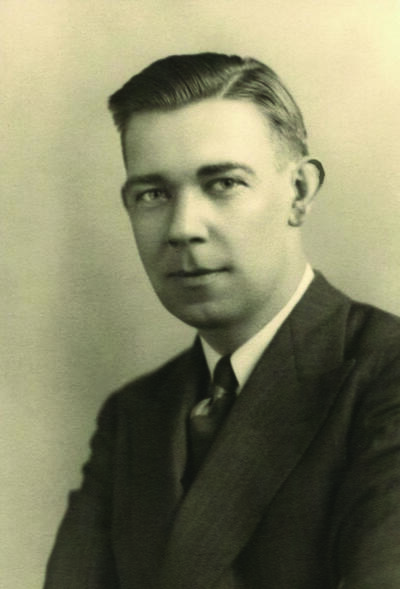 The First Faculty in the Dept of Chemical Engineering:

Dean Wendell Latimer hired Philip Schutz (Ph.D. '33, Chem) as Associate Professor to lead the new Division of Chemical Engineering within the College of Chemistry. Schutz had been a research assistant with G. N. Lewis, had obtained his Ph.D. in Chemistry at Berkeley under the tutelage of Latimer, and had then been a chemical engineering faculty member at Columbia University.

LeRoy Bromley and Charles Wilke were hired as instructors to join him, and formal instruction in chemical engineering began in the College in the fall of 1946. During his M.S. program at the University of Wisconsin, Wilke had switched from his original field of chemistry to chemical engineering. He had originally applied to the College of Engineering at Berkeley for a faculty position and been offered an assistant professorship there before receiving a telegram “stating that ‘interdepartmental relations negate the possibility of appointment'.” He then wrote to Latimer, who invited him for an interview and hired him on the spot in the College of Chemistry.

Philip W. Schutz, professor of chemical engineering at the University of California, died at Permanente Hospital, Oakland, on March 7, 1947.

Dr. Schutz was born in St. Louis and received his education there through his B.S. and M.S. degrees in chemical engineering at Washington University. He received his Ph.D. degree from the University of California in December 1933 and served as an instructor at that institution until June 1934. After a year with Shell Oil Company in Martinez, California, he returned to the University to serve as a research associate to the late Gilbert N. Lewis for the period 1935-37. Then for three years he was an instructor of chemical engineering at Washington State College, Pullman.

The fields in which Dr. Schutz made his major scientific contributions and in which he was regarded as a leader were chemical and chemical engineering thermodynamics and dielectric heating. In the former field he published several papers with Wendell M. Latimer on the entropies of aqueous ions and with Gilbert N. Lewis on heavy water and deuterium compounds. Later he contributed to the general theory of azeotropic solutions and detailed data for several systems. Most recently he undertook a fundamental study of dielectric heating.