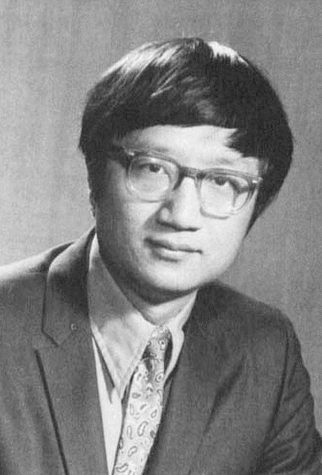 Following a brief illness, Mitchel Shen passed away on August 7, 1979, at the early age of forty and at the peak of his career. The students and faculty at Berkeley will miss an inspirational teacher and dedicated colleague, and the field of polymer science has lost an outstanding young researcher.

Mitchel Shen was born in Tienjin, China, on September 1, 1938, and emigrated with his parents to Taiwan at the close of World War II. Always an excellent student, he attended high school at the Chien Kuo Middle School, completing his studies there in 1955. He then came to the United States for his professional education. He received a B.S. in Chemistry from St. Francis College (Pennsylvania) in 1959, an M.S. in physical chemistry from Princeton University in 1962, and a Ph.D. at Princeton in 1963. Following graduation, he continued to work for a year as a post-doctoral fellow with his research director, Professor A. V. Tobolsky.

After leaving Princeton, Shen joined the technical staff of the Chemical Physics Group at the North American Rockwell Science Center in Thousand Oaks, California. While there, he also found time to serve for a quarter as a visiting lecturer at the California Lutheran College (1967). In 1969, he was invited to join the Department of Chemical Engineering at Berkeley. Arriving as an Associate Professor, he advanced rapidly to the rank of Professor in 1973. During this early period of his academic career he became one of the first recipients of the prestigious Dreyfus Teacher-Scholar Award (1970) and was elected a fellow of the

Throughout his career at Berkeley, Shen was recognized as a dedicated teacher who was always sensitive to the needs of his students. His undergraduate courses on thermodynamics and his undergraduate and graduate courses on polymers are remembered for the care he took in preparation of lectures and the efforts he made to elucidate complex subjects. His guidance of graduate research reflected a similar care and attention and embodied his philosophy that successful research involve not only the progress of the work but also the growth and development of the researcher.

His consummate skill in dealing with people and complex problems was evidenced in many ways. Between 1972 and 1973, he served as the campus assistant dean of students. In this capacity he advised foreign students, drawing upon his own experiences to help young scholars overcome the cultural and academic difficulties they encountered. His special concern for foreign students and his efforts to help them were continued through his service on the Chancellor's Advisory Committee of Foreign Students (1973-76) and the Board of Directors of the International House (1974-76). As Vice-Chairman of the Department of Chemical Engineering from 1976 until his death, Professor Shen undertook a variety of tasks willingly, conscientiously, and vigorously, and showed great sensitivity for the feelings and needs of colleagues and graduate students. He gave his time and effort selflessly and was admired and warmly regarded by his faculty associates. During the first half of 1978 he served as Acting Chairman of the Department of Chemical Engineering.

Shen's research focused on rubber elasticity, rheology of entangled liquids, membrane properties, polymer alloys, and plasma-generated polymers. In all of these areas he was able to make major contributions. Of particular significance were the development of a transient network model, which successfully predicts the viscoelastic properties of entangled polymers having different structures and molecular weight distributions, and the discovery of plasma-initiated polymerization as a means for producing ultra-high molecular weight polymers in a simple fashion. His contributions to the polymer field led to over one hundred research articles in various scientific journals with many others in press at the time of his death. Together with J. J. Alkonis and W. J. MacKnight he co-authored a book entitled “Introduction to Polymer Viscoelasticity” (Interscience, 1972), and he edited five other volumes.

His service to professional societies, to scholarly journals, and to both governmental and academic institutions was extensive. He was an assistant editor of Transactions of the Society of Rheology (1970-75), co-editor of Reviews of Macromolecular Chemistry (1969- ), and editor-at-large for the Journal of Macromolecular Science, Part A (1971- ). Active in the American Chemical Society, he was a member of the Board of the Division of Polymer Chemistry and of the divisional Program Committee, and was a Councillor (1978- ) of the California Section of the Society. In addition, he was a member of the Advisory Board of the Polymer Research Institute at the University of Massachusetts (1976- ) and of the Advisory Panel of the National Research Council-Solid State Sciences Committee (1973- ).

Shen's untimely death in a life so full of achievement and promise is a great loss for all who knew him. He was a profound scientist, an outstanding person, and an inspiration to his colleagues. His spirit and influence will long be remembered by his wife, Vivian, his children, Ted and Lara, and his many friends and colleagues.