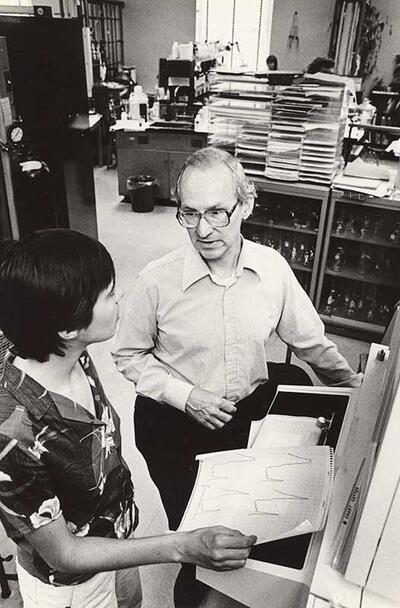 Ken was born in Cleveland, Ohio in 1931. He completed his A.B. degree in chemistry at Oberlin College in 1953. He then moved to Cambridge, MA to study gas-phase photochemistry with George Kistiakowsky at Harvard University. Ken obtained his Ph.D. in physical chemistry in 1958 and taught at the American University of Beirut in Lebanon until 1960. In 1960, Ken came to Berkeley to study photosynthesis as a postdoctoral fellow with Melvin Calvin. One year later, Calvin received the 1961 Nobel Prize in Chemistry for his application of carbon-14 to his research on carbon dioxide assimilation in plants.
Ken joined the Berkeley faculty in the Department of Chemistry in 1963 and was promoted to full Professor in 1972. During his time on the faculty, Ken served as Vice Chair for Teaching in the Department of Chemistry and as Associate Dean for Undergraduate Affairs in the College of Chemistry. He retired in 2001 but continued to be active in research and service as professor emeritus.
In his early years, Ken's work concentrated on the two light reactions of photosynthesis, Photosystem I (PS I) and Photosystem II (PS II), and he later spent most of his career exploring the mysteries of the Z-scheme. Ken's research focused on a manganese-calcium oxygen cluster, known as the oxygen-evolving complex (the source of all the oxygen in the atmosphere), located in Photosystem II of plants, algae, and cyanobacteria. He developed sophisticated analytical devices to provide a more detailed picture of the nature of the components and their arrangement in the photosynthetic light reactions.
In 2010, Ken was honored with a Lifetime Achievement Award by the International Society of Photosynthesis Research (ISPR) in recognition of his exceptional career-long contributions to understanding the process of photosynthesis. He received the Berkeley Citation in 2001 and was a Fellow of the American Association for the Advancement of Science.

Please join us in remembering Ken and his many contributions to our community. 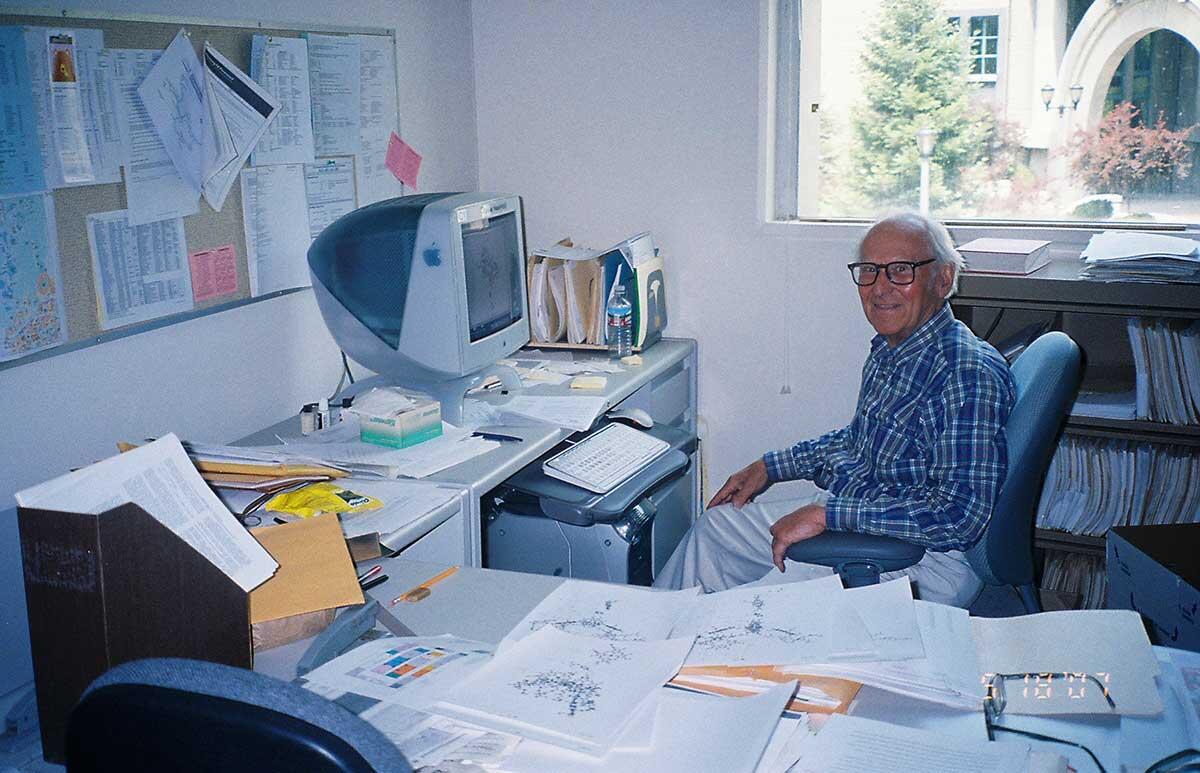