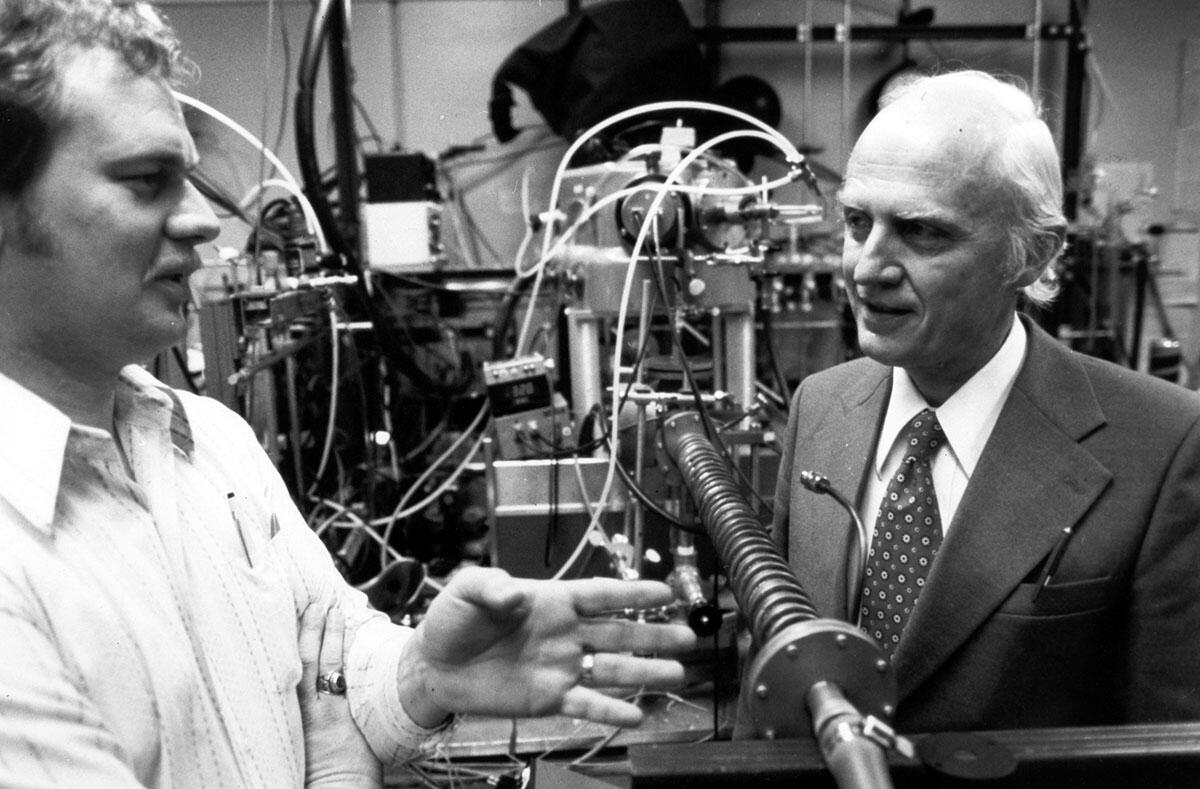 Pioneering atmospheric chemist and UC Berkeley Emeritus Professor of Chemistry Harold S. Johnston, was born in Woodstock, Georgia, on October 11, 1920, and died on Oct 20, 2012. He received a bachelor’s degree in chemistry, with a minor in English literature, from Emory University in 1941. He then entered the California Institute of Technology as a graduate student, but a year later became involved in classified projects to support the war. In 1945 he returned and completed his Ph.D. degree in chemistry with a minor in Physics. Hal married Mary Ella in 1948; they have 4 children and 6 grandchildren. He then joined the faculty at Stanford (1947-56), the California Institute of Technology (1956-57), and finally the University of California, Berkeley, where he was Professor of Chemistry from 1957 to 1991 when he retired. He served as Dean of the College of Chemistry at UC Berkeley from 1966 to 1970. Johnston mentored over 40 Ph.D. students and many undergraduates. Notable among these are Dudley Herschbach (Nobel Prize in Chemistry 1986, an undergraduate with Johnston) and Susan Solomon (National Medal of Science, 1999, Nobel Peace Prize 2007, a graduate student).

Johnston built his career around the study of the fundamental kinetics of nitrogen oxides. He systematically examined and quantified the chemistry of all of the key nitrogen gases, including their reactions with hydrogen and chlorine oxides. There is likely no other single individual that has contributed so much to the understanding of the chemistry of molecules of such importance in the atmosphere. His pioneering studies of specific reactions were paired with work on the theory of elementary chemical reactions that established cornerstones for modern reaction rate theory. Many colleagues recall his textbook on reaction rate theory as the classic they learned from. 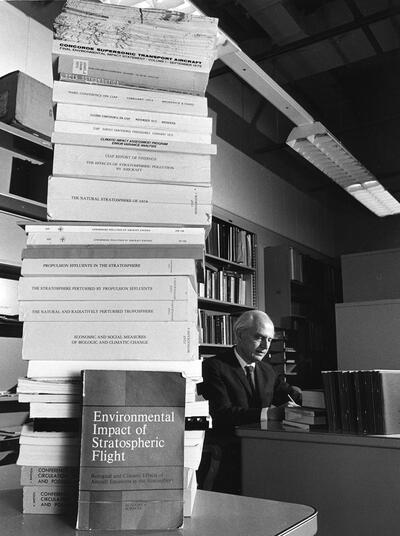 Johnston’s pioneering studies of atmospheric kinetics were basic science contributions that led to extraordinary insights that transformed how we think about the Earth’s atmosphere. Johnston was in a unique position to evaluate the Haagen-Smit's proposal that Los Angeles smog was created by photochemistry of organic compounds. Early on, Johnston recognized the genius of this idea. In 1952, he proposed that free radical reactions were at the heart of this chemical mechanism, a concept we now take for granted.

Johnston is most widely known for his recognition that exhaust from aircraft flying in the stratosphere could destroy the global ozone layer (Science, 1971). This was one of the first clear indications that humans could unintentionally transform, not just a single watershed, but the entire planet at a time, and that it would be possible to do so on a time scale of a decade. It was a singular scientific advance—one that built on his extraordinary expertise and a career of excellence in laboratory and theoretical studies of chemical kinetics, in particular the kinetics of nitrogen oxides. I recall Johnston telling me that in the early days after publishing this paper, a senior executive (perhaps he said the president) of Boeing came to Berkeley to ask the Chancellor to fire him. He reported that instead of being fired, he received a salary increase. Johnston spoke of this episode with modesty. He frequently pointed out that exaggerations of science were easily found on both sides of political discussions and he encouraged unflinching honesty in the representation of scientific issues to policy makers and the public.

His perspective on ozone chemistry in the Annual Reviews of Physical Chemistry in 1992 provides a deeply personal account of Johnston’s career. His life is also the subject of an oral history that resides in Berkeley’s Bancroft library. Both documents provide rare insights into the personal reflections of one of the century’s most influential atmospheric scientists.

Johnston was elected to the U.S. National Academy of Sciences in 1965 and was awarded an Honorary D.Sc. from Emory University in the same year. Along with F. Sherwood Rowland and Mario J. Molina, he was awarded the 1983 Tyler Prize for Environmental Achievement for his accomplishments in atmospheric chemistry. In 1985 the American Chemical Society bestowed on him the Award for Chemistry of Contemporary Technological Problems. In 1988, he was selected as the University of California Faculty Research Lecturer, the highest distinction of the Academic Senate at Berkeley. He received the President's National Medal of Science in 1997 and the Roger Revelle Medal, the American Geophysical Union’s highest honor for an atmospheric scientist, in 1998. 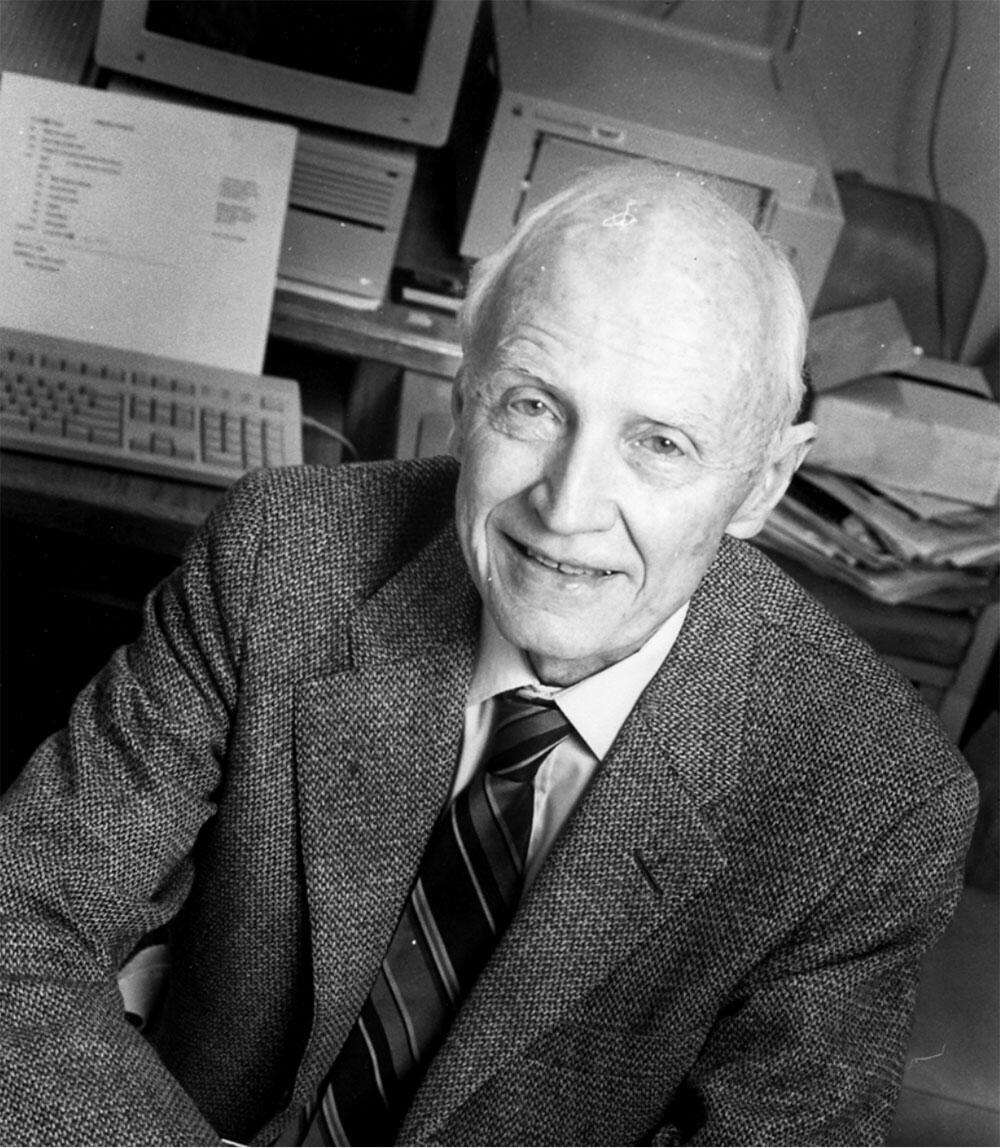