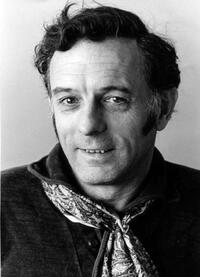 George Pimentel in the 1960s. Photo courtesy of Jeanne Pimentel.

In 1963, the last Sunday in September, I flew from my home in Starkville, Mississippi to SFO and took ground transportation to the I-House where I would live for three semesters. Qualifying exams were given the next day, Monday, and on Tuesday we were given the results and told to interview potential research advisors for the rest of the week.

During my summer job in 1962 at Humble R&D in Baytown, Texas, I spent the coffee breaks interviewing members of their technical staff about their Ph.D. schools and their choice of the top three Graduate programs in Physical chemistry in the USA. One of their Senior Scientists recommended Berkeley and a young established man, George Pimentel, with whom he had served on a national committee.

I went to the library and read several of his papers and really liked his new 'Matrix Isolation Spectroscopy' research. It required new chemistry and some apparatus development which I liked very much. So, I was at his office door at 8:00AM the next day, probably the first Tuesday in September. George was heavily involved with his graduate students and their development. We had a one-hour appointment with him every week to talk about our work. He requested that we address him as "George". He liked the new heater system that I made for Li atom evaporation that you could hold in your hand.

We often played touch football together on Saturday morning. One time I was on the opposite side from George, and I was blocking for a run and found myself about to run into him. I hesitated, he hit me, and I learned to block him back! 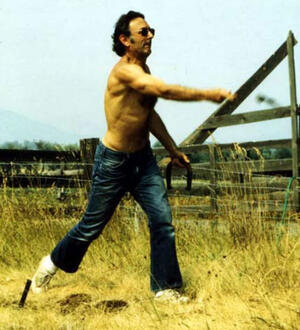 During a softball game I was catching a fly ball in center field, and I let the ball hit the end of my middle right finger. This broke off the end on that finger bone. Later I showed this to George, and he held up both hands and showed me four such breaks on four of his fingers. George was our catcher where getting hit with the ball happened often.

In July of my last year after reading my thesis, George told me to publish my last chapter without him as a coauthor. I thanked him and told him that was not fair to him, and he responded, "Now we are trying to get you a job!"

At a 1985 meeting, George asked my older son Scott (then age 14) to sit with him for my talk, and he explained some things to Scott who was quite pleased to sit with George!

The last time I saw George was during a 1987 meeting. He was dealing with cancer. I went to him at breakfast and asked to carry his luggage to the airport bus and to the check in. He said, "Thanks but what about your luggage?" I told him I had some guys to take my stuff. I could tell that George was weaker than in his "playing days." I deposited his bags and gave him a big handshake and hug and parted with a warm, "hang in there!"

“Late in the summer of 2019, I was on campus and walking from the I-House to Lewis Hall recalling the good times I had working with George. I thought about working with heavier metals in my own lab at the University of Virginia and the good start that I had working with George. At Berkeley, I had reconfigured an apparatus to use the new closed cycle refrigerators and avoid using liquid hydrogen as a cryogenic coolant. It was during that walk when I first thought of endowing a Pimentel Research Scientist Award for the top physical chemistry graduate student in their final year to remember George!”