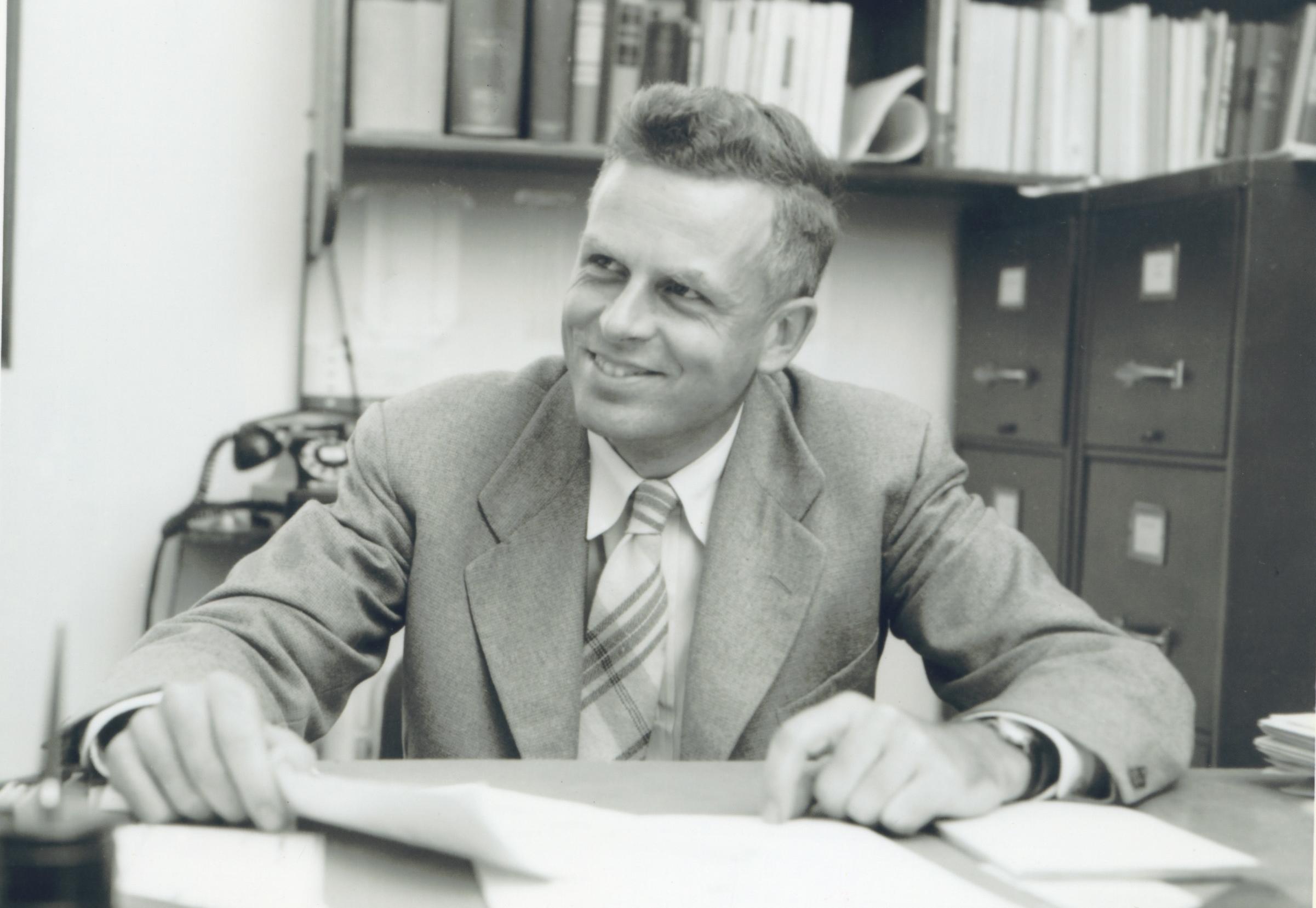 Kenneth Sanborn Pitzer, former dean of the College of Chemistry and one of the most influential physical chemists of his era, died of heart failure on December 26, 1997, after a brief illness. During his almost 84 years he achieved exceptional distinction as a scientist, educator, administrator, and public servant.

Pitzer was born January 6, 1914, in Pomona, California, and grew up helping in the family orange-growing business. He learned to drive a tractor by age 12 and participated in setting out smudge pots in the groves on the occasional cold nights. He attended the nearby California Institute of Technology, where undergraduate research with A. A. Noyes stimulated his interest in chemistry. He received a B.S. from Caltech in 1935, and, after marriage to Jean Mosher that year, he began graduate studies at Berkeley under the supervision of Wendell Latimer. In the course of his independent research, Pitzer discovered barriers to rotation about carbon-carbon single bonds, which has had wide-ranging implications for chemistry. These torsional barriers are crucial for determining the conformations of organic molecules and thus, for example, the three-dimensional shape of proteins, which plays a major role in their biological function.

Pitzer received a Ph.D. after only two years, in 1937, and immediately accepted an instructorship in the Chemistry Department at Berkeley. During this period just before the Second World War, he obtained many important results in thermodynamics and internal rotation of molecules. For example, he discovered that one of the carbon atoms in cyclopentane pops up out of the plane of the other four carbon atoms (to relieve torsional strain), but that the identity of the non-planar carbon rotates around the ring, a phenomenon he dubbed "pseudorotation." He also used his understanding of internal molecular motions to develop methods for calculating the thermodynamic properties of hydrocarbons in both gas and liquid phases, which made it possible to determine the equilibria between straight-chain and isomeric hydrocarbons, the crucial information needed by the petroleum industry to optimize the production of high-octane gasoline. His book Selected Values of Physical and Thermodynamic Properties of Hydrocarbons and Related Compounds (1947) summarizes this important work.

Pitzer rose rapidly through the academic ranks, becoming Professor in 1945. During the war he was involved with military research at the Maryland Research Laboratory, and served as its technical director during 1943-44. After the war he returned to Berkeley and quickly became Assistant Dean of the College of Chemistry, during 1947-48, but was then called back to Washington to serve as director of research of the Atomic Energy Commission from 1949 to 1951. In this latter role he was particularly influential in establishing the tradition of supporting basic research in the nation's universities, and not only in government laboratories.

After returning to Berkeley, he served as dean of the College of Chemistry from 1951 to 1960. His research during this period shifted more to spectroscopy and quantum chemistry. His insightful book Quantum Chemistry (1953) was an outgrowth of the course he originated. His continuing and profound interest in thermodynamics culminated in the production, with his colleague Leo Brewer, of a completely revised edition of the classic text by Lewis and Randall, Thermodynamics (1961). His administrative efforts were equally productive during this period. He led the effort to secure state funding for building Latimer and Hildebrand Halls, and he reorganized the College of Chemistry into separate Departments of Chemistry and of Chemical Engineering, maintaining the college structure for administrative and support services. He was also instrumental in creating the Inorganic Materials Research Division of the Lawrence Radiation Laboratory (now the Chemical and Material Sciences Divisions of the Lawrence Berkeley National Laboratory), which has supported the research of many faculty members in chemistry, physics, and engineering. 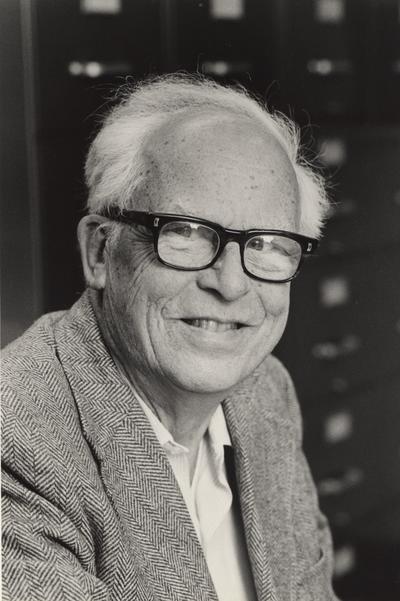 In 1961, Pitzer accepted the presidency of Rice University and led its transformation from a regional technical institute into a nationally recognized university. When he arrived at Rice, only white students could be admitted, and under his leadership the trustees successfully petitioned the local court to remove the whites-only clause from the charter. New buildings, new academic programs, and many vigorous new faculty were added during his seven years at Rice, transforming the campus mood to one in which optimism and a sense of direction prevailed.

He left Rice in 1968 to become president of Stanford University and was thrust into the unenviable position of trying to lead the university through the chaos of student revolt engendered by the Vietnam War. He did his best to bring the university through this divisive period, and Stanford did manage to avoid the most extreme incidents that took place on many other American campuses. It must have been with a sense of relief, however, that he returned to Berkeley as Professor of Chemistry in 1971.

Pitzer was 57 years old and had been a university president for 10 years when he returned to research and teaching at Berkeley. Yet he proceeded to initiate research in two quite different and extraordinarily creative areas, the first being the effect of special relativity on molecular properties. He worked out the formal theory and developed practical ways for carrying out such calculations; this is a major and successful component of theoretical chemistry today. The second area was aqueous electrolyte solutions, for which he developed equations that describe solutions with one or more salts at high concentration. He also showed how the properties of salt solutions in the critical region differ from those of ordinary solutions in the critical region, work that has found significant application in geology. It is remarkable that 199 of his 393 published papers were written after his return to Berkeley.

Pitzer was elected to the National Academy of Sciences (1949) at a young age and received many other academic honors, including the highest award of the American Chemical Society, the Priestley Medal (1969), the National Medal of Science (1975), and the Robert A. Welch Award (1984). He was honored at Berkeley by being chosen Alumnus of the Year (1951), the Berkeley Citation (1984), the Clark Kerr Medal (1991), the establishment of the annual Pitzer Lectureship in Physical Chemistry (1987), and the naming of Pitzer Auditorium in Latimer Hall (1994). 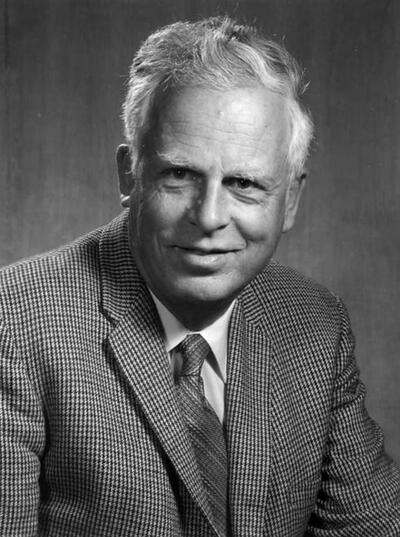 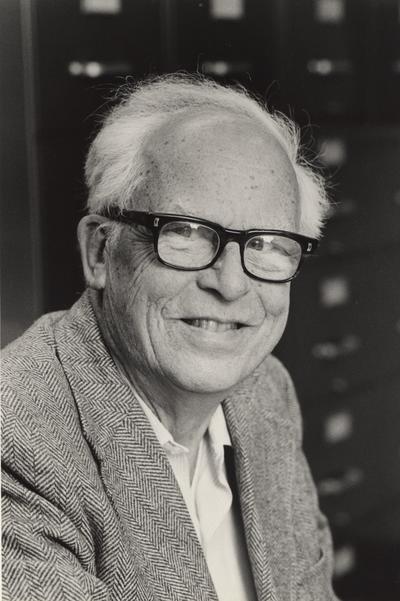