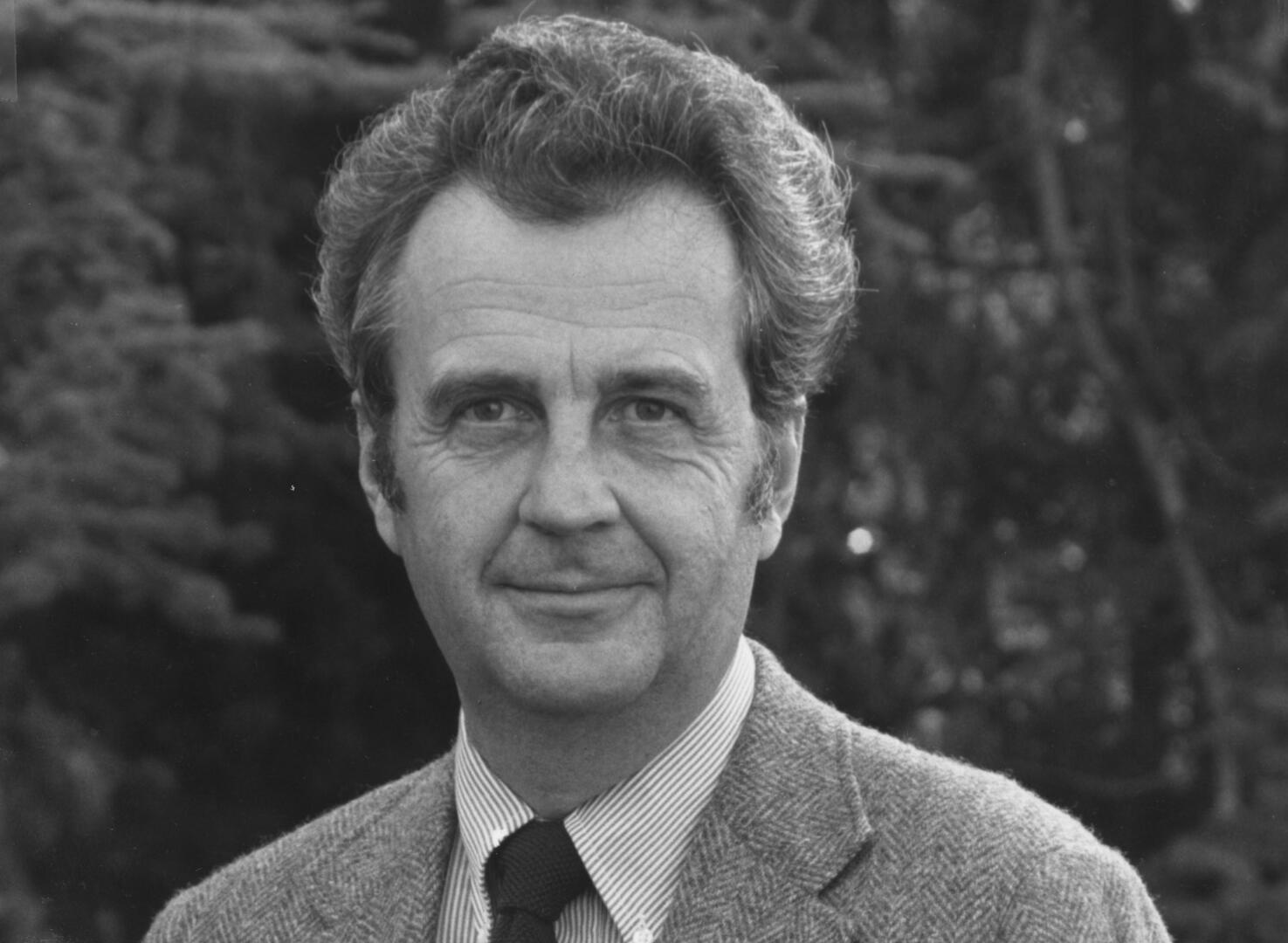 Joseph Cerny (Ph.D. '61, Chem) Professor Emeritus and Professor of the Graduate School, retired after more than half a century of research and leadership at Berkeley Lab and UC Berkeley. The former head of the Nuclear Science Division and Associate Laboratory Director at Berkeley Lab, Professor of Chemistry and former Chemistry Department chair, Graduate Division Dean, and Provost and Vice Chancellor for Research at UC Berkeley, Cerny leaves with another singular honor to add to a long list: the Berkeley Citation, awarded to those “whose attainments significantly exceed the standards of excellence in their fields” and whose contributions are “above and beyond the call of duty.”

Born at the height of the depression, Cerny got his B.S. in Chemical Engineering from the University of Mississippi in 1957 with support from the ROTC, and during 1957-58 attended the University of Manchester, England on a Fulbright Scholarship. He earned his Ph.D. in nuclear chemistry from UC Berkeley in 1961 and immediately started work as an assistant professor at the university, simultaneously joining the Nuclear Science Division (then the Nuclear Chemistry Division) at Berkeley Lab (then the Radiation Laboratory, or Rad Lab).

But in August the East German government began building the Berlin Wall, and by early 1962 Cerny was on active duty as an army first lieutenant. For most of the next 16 months he was in New Jersey evaluating techniques for studying explosive detonations. Once back at Berkeley, he wasted no time catching up with nuclear science.

“Russian theorists had suggested some interesting ideas about experiments that could be done to study light nuclei very far from stability,” Cerny recalls. These were isotopes of elements like carbon whose nuclei had more protons than neutrons; most carbon is stable carbon-12, with six protons and six neutrons. “For example, we wanted to know the lightest carbon nucleus that could hold together on the order of a hundred milliseconds.”

He had a stellar new instrument to work with. His graduate work had been done with Ernest Lawrence’s 60- inch cyclotron, still operating on campus, but upon his return from the army in 1963 the Rad Lab’s 88-Inch Cyclotron was up and running; it would be pivotal in Cerny’s research throughout his career. Using state-ofthe-art detectors and electronics developed by Fred Goulding and Don Landis at the Lab, Cerny found the answer to the carbon stability question – carbon-9, with six protons and three neutrons, has a half-life of 126 thousandths of a second, whereas the lighter carbon-8 lasts only about 100 septillionths of a second – “a huge dividing line,” he says.

Cerny continued experiments on very proton-rich nuclei while on sabbatical at Oxford University in 1969-70, using a heavy-ion cyclotron at the Harwell Laboratory – “Everywhere I went on sabbatical I was doing experiments” – but he completed these studies at the 88-Inch. The result was the discovery of a new radioactive decay mode, direct pr radioactivity – the first mode of single-step radioactive transmutation to be discovered since alpha decay, beta decay, and spontaneous fission.

Cerny received the Ernest Orlando Lawrence Memorial Award of the Atomic Energy Commission (predecessor of the U.S. Department of Energy) in 1974, for his “discovery of proton emission as a mode of radioactive decay, for investigation of the limits of nuclear stability of a number of light elements” – and, significantly – “for ingenious instruments that made these discoveries possible.”

In 1975 Cerny became Chair of the UC Berkeley Department of Chemistry. One of his major acts was a first for the department: the appointment of a woman, Judith P. Klinman, as a tenured Associate Professor of Bioorganic and Biophysical Chemistry.

In 1979 Cerny was appointed head of the Nuclear Science Division and an Associate Lab Director at Berkeley Lab, a time when the Lab was operating three national accelerator facilities, the 88-Inch Cyclotron, SuperHilac, and Bevalac, with a distinct taste for heavy-ion physics.

In 1985 Cerny was appointed Dean of UC Berkeley’s Graduate Division, serving in that post until 2000. From 1986 to 1994 he also was Provost for Research, and from 1994 to 2000 was the University’s Vice Chancellor for Research. And in 1990 he additionally became a nuclear physicist, when the University of Jyväskylä in Finland awarded him an honorary Ph.D. in Physics.

At a festschrift on his 60th birthday in 1996, Cerny presented a proposal for equipping the 88-Inch Cyclotron to handle radioactive beams of light ions. Radioactive isotopes of carbon, nitrogen, and oxygen would be made by the cyclotron of the Berkeley Isotope Facility in Building 56, part of the imaging facilities of the Life Sciences Division. The radioactive ions would be transported 350 feet through a capillary down the steep slope of Blackberry Canyon to the 88-Inch. Cerny at 2013 Chemistry Department commencement ceremonies in distinctive hat from University of Jyväskylä (photo Michael Barnes)

Dubbed BEARS (for Berkeley Experiments with Accelerated Radioactive Species), the transport system was in operation just three years later, enabling the 88-Inch Cyclotron to produce a world record beam of radioactive carbon-11. That isotope’s 20-minute half-life was easily long enough, once it was created, to mix it with oxygen to make carbon dioxide and send the gas through the pipeline to the 88-Inch, where it was trapped and fed into an ion source at the cyclotron.

Cerny’s research, teaching, and service work for DOE, NSF, and the UC system are contining from his base in Berkeley, where he and his family have been longtime residents. It’s not unlikely that Joe Cerny will be seen around the 88-Inch, a mainstay of his work since his Berkeley beginnings, for many days to come. 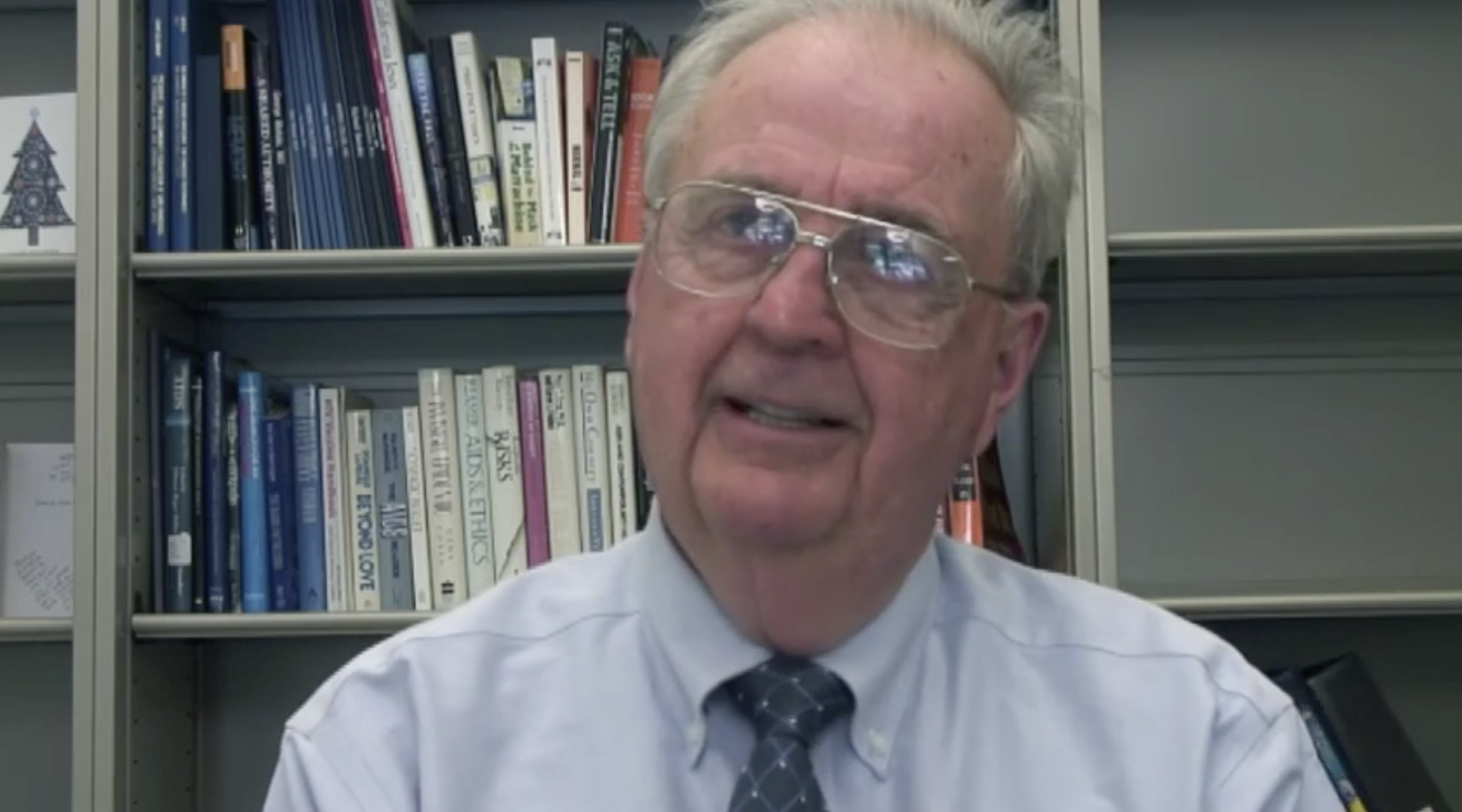 Intro to oral history of Joseph Cerny at UC Berkeley