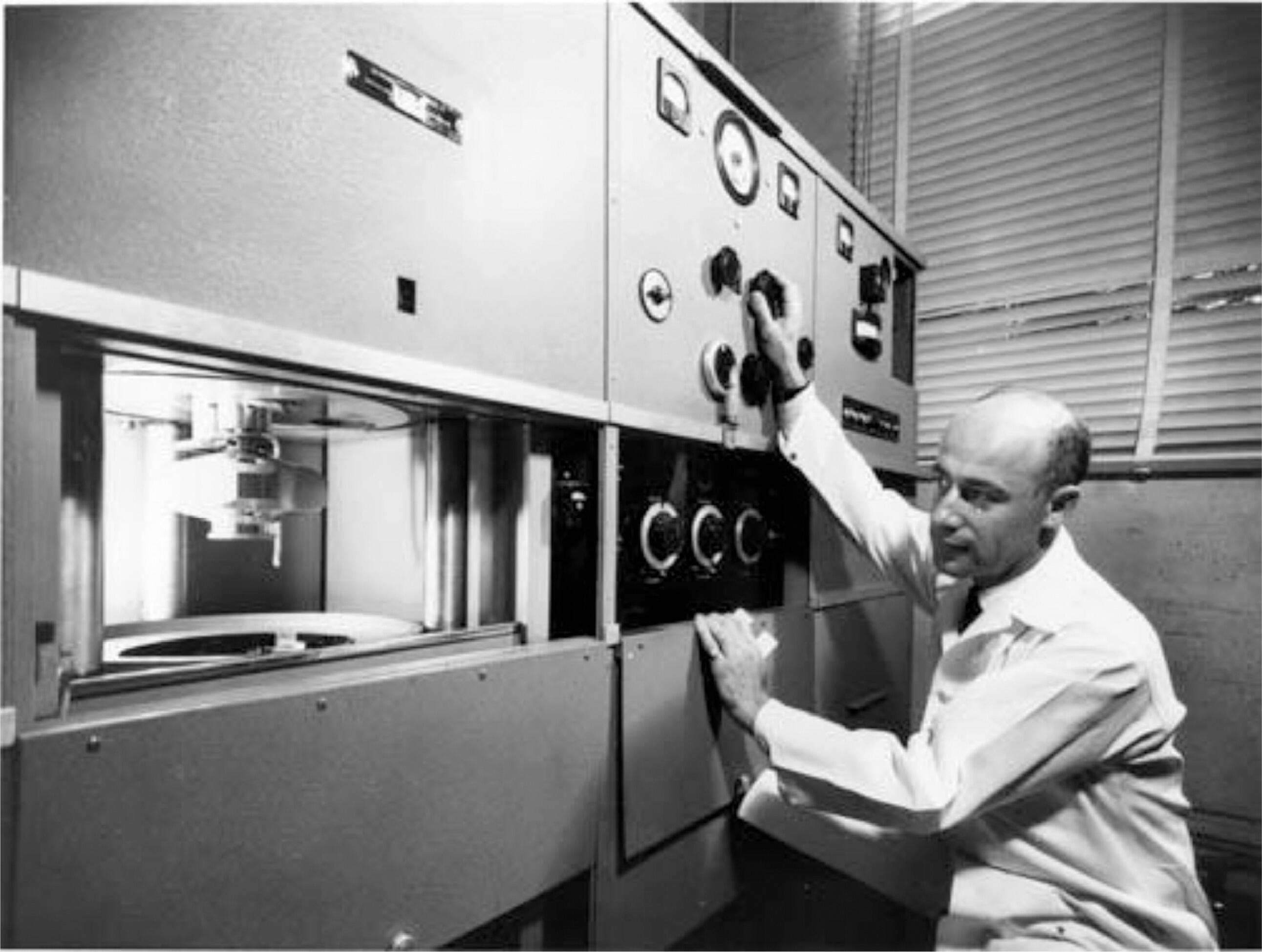 John Gofman circa 1950 at the analytical ultracentrifuge of the Donner Laboratory of Medical Physics at the University of California, Berkeley, with which he first successfully fractionated serum lipoproteins. He and his colleagues demonstrated the different functional properties of the LP fractions, their relationship with disease states, and their changes with dietary interventions. John Gofman photographic collection. CVD History Archive, University of Minnesota School of Public Health.

From his arrival on campus in 1941, Jack Gofman made a name for himself around the Department of Chemistry and the Graduate School at the University of California at Berkeley (UC Berkeley). The first-year medical student at Western Reserve University had changed the course of his career; taking leave from medical school, hoping to return to the challenge and fun he had found in the physical chemistry laboratory at Oberlin College. He wanted first to become a chemist, then a doctor. And he also saw medical radiation as a promising new field of medicine.

UC Berkeley at the time was the place to go for advanced study in nuclear science, with its team including Ernest Lawrence, J. Robert Oppenheimer, and Glenn Seaborg. Seaborg had recently found where all the heavy elements fit in the Periodic Table and also discovered a hundred or so of their isotopes, for which he would be awarded a Nobel Prize in 1951. Jack, accepted into UC graduate school, had the temerity to approach him with his need for a research project. Seaborg, impressed, gave him a research assignment to find whether the theoretical element protoactinium 233 existed, and if so, did it decay to the theoretical uranium 233, and at what fission rate.1 2 3

In simple laboratory work with test tubes, beakers, acids and salts, Gofman soon found a practical way to isolate radioactive elements in an ultracentrifuge, in solution as sodium uranyl or plutonyl acetate. He proceeded to predict and “discover” them and determine their fissionability. This was exciting stuff. The wartime world of chemistry–having recently “discovered” nuclear fission and realized the potential energy release of a chain reaction–had begun to consider the real possibility and threat of an atomic fission bomb!

Between 1940 and 1943, during Gofman's dissertation project, he discovered the radioactive elements protoactinium (Pa) 232, uranium (U) 232, Pa 233, and U 233, and measured their fission rates. His dissertation was entitled "The properties of certain isotopes produced by deuteron and neutron bombardment".

From 1943, Gofman and the department were centrally involved with the Manhattan Project, finding which of these elements had the fission characteristics to fuel an atomic device most readily. In early 1943, their colleague Oppenheimer called Seaborg from Los Alamos, where he was leading development of “The Bomb,” to indicate his acute need for enough plutonium to confirm its fission rate and thus its candidacy to fuel a bomb. Gofman's success in isolating radioactive elements led Seaborg to volunteer, brashly, the efforts of his graduate students for the task, if they were provided enough uranium nitrate. Oppenheimer, anticipating this request, had cleared with Ernest Lawrence the use of his famed original collider on Berkeley campus and had ordered uranium from Hanford's separation facility. 3

A ton of uranium ore was promptly delivered; the student crew stacked it in the Lawrence cyclotron and bombarded it night and day for the next 6 weeks. Before the pile could properly cool, Oppenheimer was again on the phone asking how much plutonium had been obtained. Hearing the reply–1.2 mg.–he flew in the next day to claim 1 mg., and returned to Los Alamos, leaving 0.2 mg for Gofman and colleagues “to play with; for the chemistry”. 3

On July 16, 1945, in the historic “Trinity Test,” the first atomic bomb, “The Gadget,” welcomed the dawn over the “Day of Death” desert in New Mexico. On August 6, the second bomb, “Little Boy” exploded over Hiroshima, followed only three days later by the third nuclear weapon–“Fat Man,” the first plutonium bomb–imploding over Nagasaki. 1 2 3

Read Blackburn's article on Gofman's time at Berkeley including his return to medical school and nuclear medical research at Berkeley and Livermore Labs.