Graves awarded Will Allis Prize for the study of ionized gases

CBE professor David Graves has won the American Physical Society's 2014 Will Allis Prize for the Study of Ionized Gases.

Graves, the Lam Research Distinguished Professor in Semiconductor Processing, was noted for his "contributions to the science and technology of low temperature plasmas, plasma surface interactions and complex plasmas through fundamental measurements and modeling."

The prize, awarded in even-numbered years, includes a $10,000 award. It was established in 1989 by contributions from several major companies in recognition of the outstanding contributions of William Allis (1901–1999), an American theoretical physicist who studied ionized gases.

The American Physical Society was founded in 1899 by a group of 36 physicists who gathered at Columbia University. They proclaimed the mission of the new society to be "to advance and diffuse the knowledge of physics." APS prizes and awards, more than forty in number, recognize outstanding achievements in research, education and public service.

Stimulated by the increase in federal funding in the period after WWII, and even more by the increased public involvement of scientists in the 1960s, APS is active in public and governmental affairs, and in the international physics community. 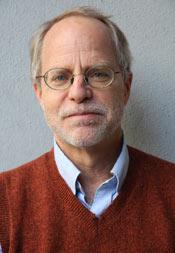