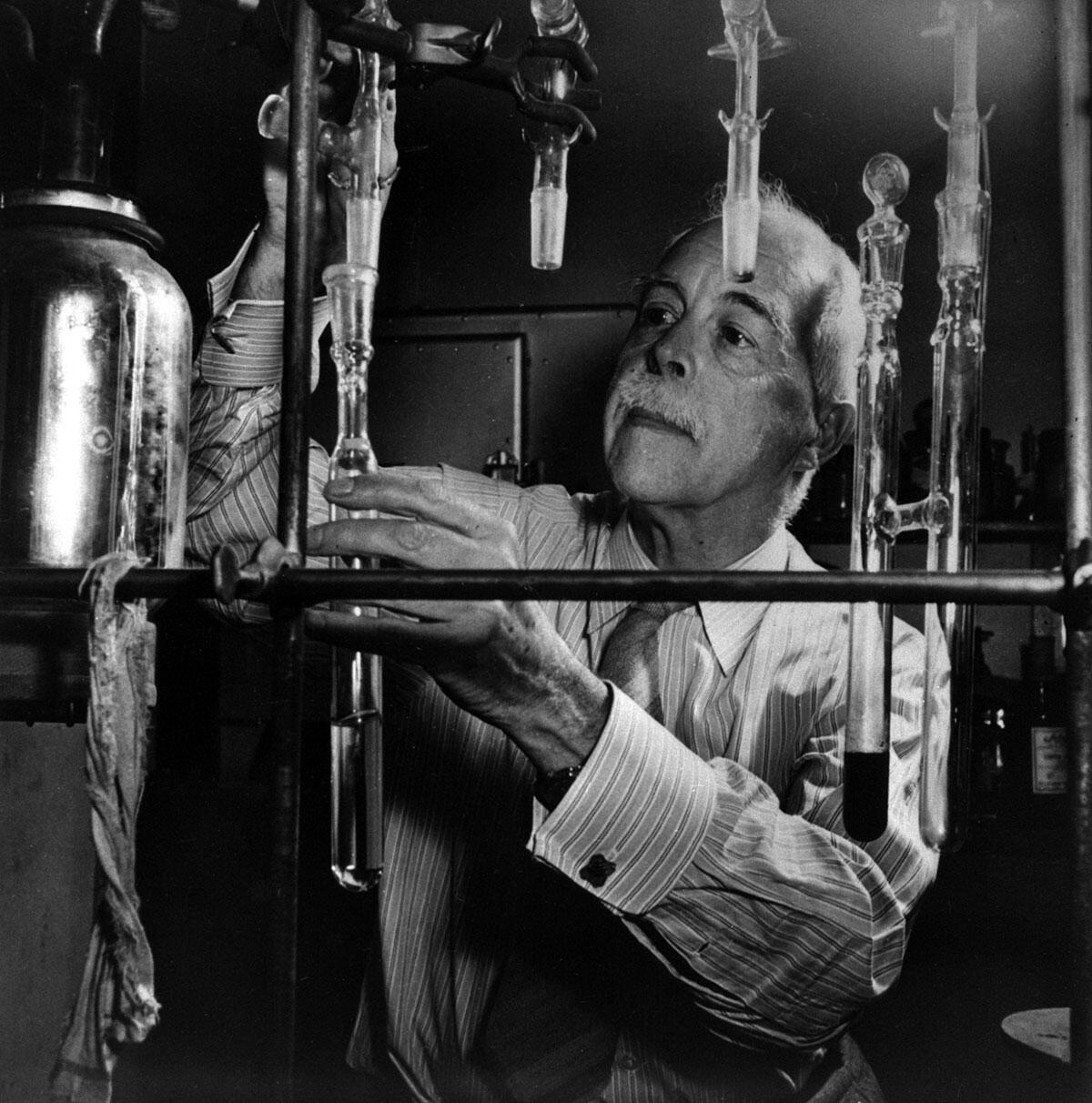 “Gilbert Newton Lewis was born near Boston, October 23, 1875. At the age of nine he was taken by his parents to live in Lincoln, Nebraska, where his schooling, though meager, was sufficient to admit him to the preparatory school of the University of Nebraska in 1889. Here he remained until the end of the sophomore year. In 1893 he transferred to Harvard College, and, after graduating in 1896, he spent a year in teaching at Philips Academy at Andover. He then returned to Harvard for graduate work and received the A.M. degree in 1898 and the Ph.D. in 1899. After remaining for one year at Harvard as instructor, he went abroad on a traveling fellowship and had a semester with Ostwald at Leipzig and one with Nernst at Göttingen. The following three years he spent at Harvard as instructor, and then accepted a position as Superintendent of Weights and Measures in the Philippine Islands, and chemist in the Bureau of Science at Manila.

“In 1905 Professor Lewis joined the Research Laboratory of Physical Chemistry at the Massachusetts Institute of Technology, under the direction of Professor A. A. Noyes. In this laboratory he remained, passing through the several professorial grades, until 1912 when he accepted the position of Professor of Chemistry and Dean of the College of Chemistry of the University of California. In 1917 he received a commission as Major in the Gas Service, later the Chemical Warfare Service, and went immediately to France, where, after a few weeks of work in the scientific laboratory, he was made Chief of the Defense Division of the Service. Here he served until the end of the war, but, during the last two months, being in Washington, he served also as Chief of the Training Division of the Chemical Warfare Service, having been promoted to the rank of Lieutenant Colonel.

“For his war service he received the Cross of the Legion of Honor from the French Government, and the Distinguished Service Medal from the Congress of the United States. Returning to the Department of Chemistry at Berkeley, he was engaged for some years in writing, with Professor Randall, their treatise on thermodynamics, which appeared in 1923; in the same year he published Valence and the Structure of Atoms and Molecules. Three years later he published The Anatomy of Science, comprising the Silliman Lectures given at Yale University. He is also the author of 140 scientific papers.

“Professor Lewis' researches include the following topics: thermodynamic theory and its application to chemistry, free energy tables, equilibrium in numerous reactions, electrode potentials of the common elements, properties of solutions and the activity of ions, the structure of the atom and the molecule and the theory of valence, rates of chemical reactions, the entropy of elements, the third law of thermodynamics, primary and secondary acids and bases, and color and chemical constitution.

“In 1912 he was married to Mary Sheldon, daughter of Professor Sheldon of Harvard University, and has two sons and a daughter. He has received honorary degrees from the University of Liverpool, Madrid, Chicago, Wisconsin, and Pennsylvania, and is an honorary member of the Royal Institution of Great Britain, The Chemical Society of London, and the National Academies of Sweden, Denmark, and India. Professor Lewis is a Fellow of the American Academy of Arts and Sciences, a member of the American Chemical Society, The American Philosophical Society, The American Physical Society, and an Honorary Member of the Franklin Institute. He has been awarded the Nichols Medal, the Willard Gibbs Medal, the Davy Medal of the Royal Society, the Fourth Gold Medal of the Society of Arts and Sciences, the Theodore William Richards Medal (awarded by the Northeastern Section of the American Chemical Society), and in June 1939 he was awarded the Arrhenius' Gold Medal by the Royal Swedish Academy of Sciences.” Such, in his own brief words written a few years before he died on March 23 of this year, was the career of one of the greatest of American chemists.

The half century which terminated with the death of Gilbert Newton Lewis will always be regarded as one of the most brilliant in the history of scientific discovery, and his name ranks among the highest in the roster of those that made it great. The electron theory of chemical valence, the advance of chemical thermodynamics, the separation of isotopes which made possible the use of the deuteron in the artificial transmutation of the elements, the unraveling of the complex phenomena of the absorption, fluorescence, and phosphorescence of the organic dyes are among the achievements which will ever be associated with his name.

The methods he chose were always simple and to the point. He was impatient of unnecessary elaboration, and like Sir Humphrey Davy, who was one of his heroes, loved to make important discoveries with a few test tubes and simple chemicals. When the point at issue seemed to him sufficiently important, however, he would not hesitate to employ apparatus requiring skill and delicacy of manipulation, as in the beautiful but difficult experiment by which he and Calvin demonstrated the paramagnetism of the phosphorescent triplet state.

He was ever conscious of the necessity for economy of time in research and out of the wealth of his ideas was careful to select those that would lead swiftly to the goal.

As a man he was a great soul whose inspiration will never be forgotten by those who knew and loved him. He was one of those rare scientists, like J.J. Thomson and Rutherford, who are also great teachers and leaders of a school, so that their influence is multiplied by the many they have inspired.

His brain was still fertile with ideas and his faculties all but unimpaired until the very end, when he died suddenly of heart failure--in harness, as he would have wished it, in the act of performing his last experiment.

He was a master of the written word, and this brief obituary may well conclude with the following quotation from his preface to Thermodynamics:

“There are ancient cathedrals which, apart from their consecrated purpose, inspire solemnity and awe. Even the curious visitor speaks of serious things, with hushed voice, and as each whisper reverberates through the vaulted nave, the returning echo seems to bear a message of mystery. The labor of generations of architects and artisans has been forgotten, the scaffolding erected for their toil has long since been removed, their mistakes have been erased, or have become hidden by the dust of centuries. Seeing only the perfection of the completed whole, we are impressed as by some superhuman agency. But sometimes we enter such an edifice that is still partly under construction; then the sound of hammers, the reek of tobacco, the trivial jests bandied from workman to workman, enable us to realize that these great structures are but the result of giving to ordinary human effort a direction and a purpose.

“Science has its cathedrals, built by the efforts of a few architects and of many workers.” 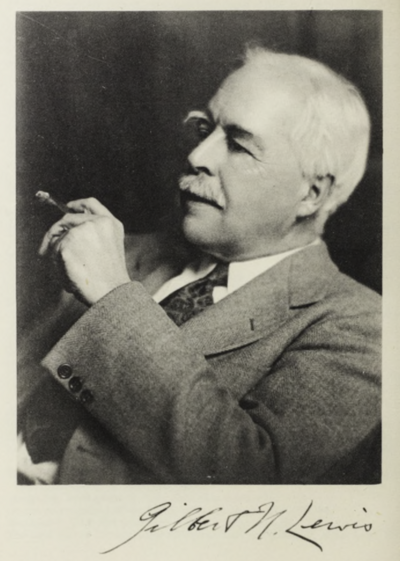 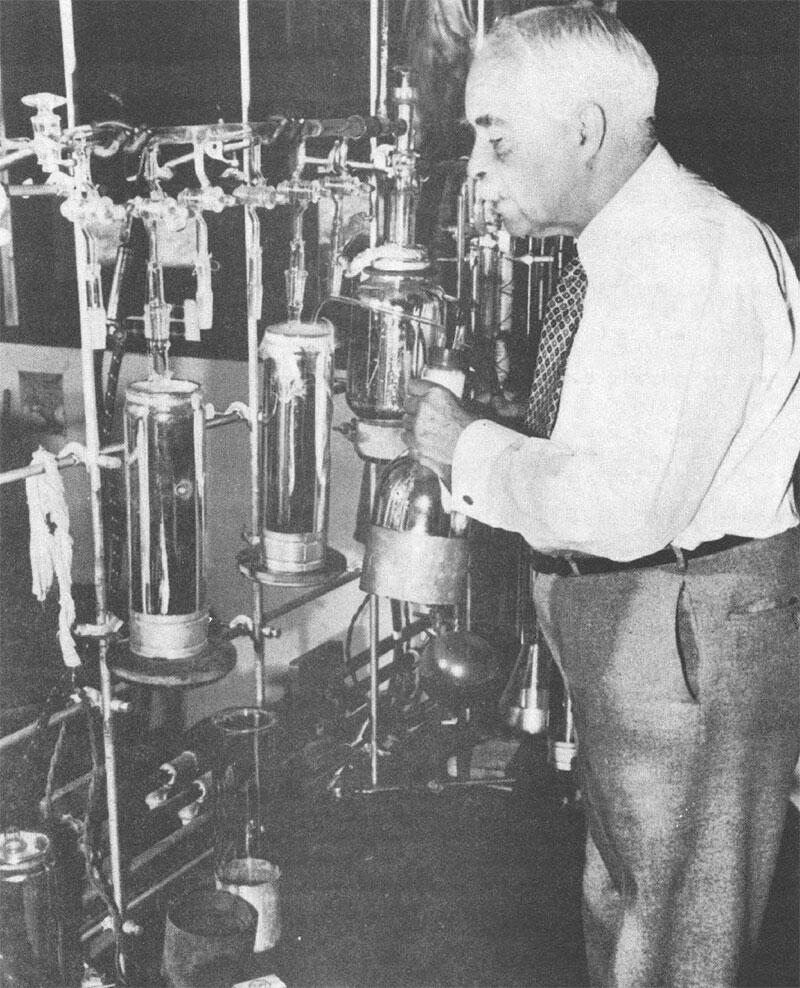 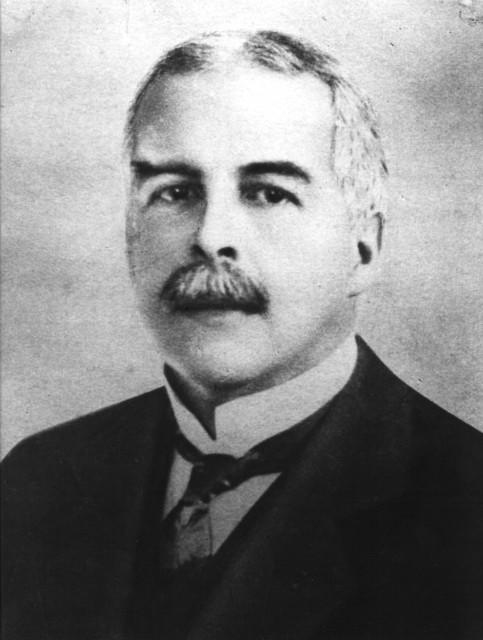 The College of Chemistry in the G.N. Lewis Era: 1912-1946 by Melvin Calvin and Glenn Seaborg