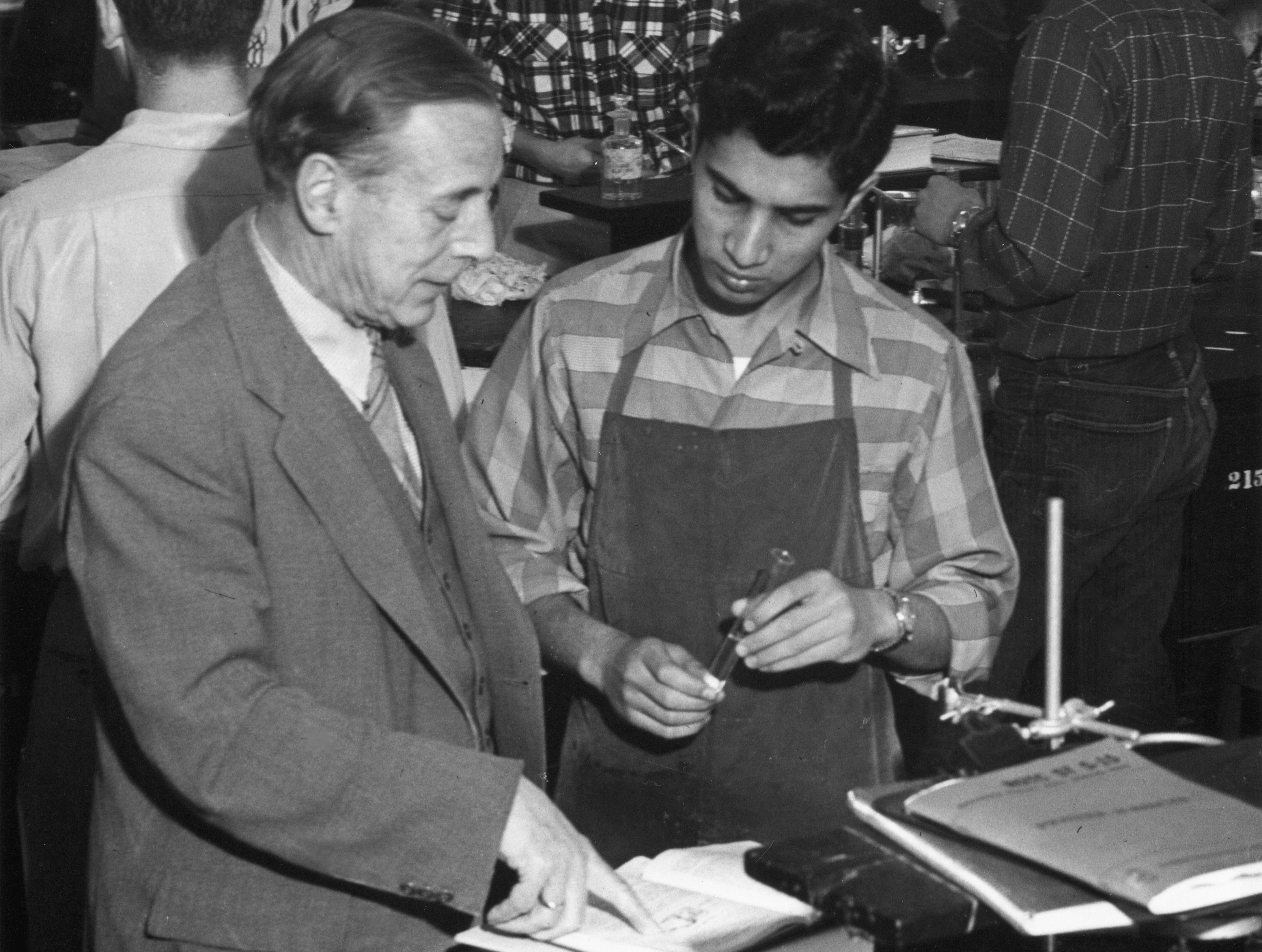 George Ernest Gibson was born in Edinburgh, Scotland, November 9, 1884, the son of John Gibson and Karolina Johanna Strecker Gibson. He came from an educated ancestry with alternating names of John and George. His great-grandfather, John Gibson, was lawyer for Sir Walter Scott; his financially independent grandfather, George Gibson, experimented with kites and hot air balloons; his father, John Gibson, was Professor of Chemistry at the University of Edinburgh.

Dr. Gibson died on August 26, 1959, and is survived by Edith Kriebel Gibson, whom he married in 1913, and three children, John W., Charles M., and Katrina Gibson Alloo. He became a citizen of the United States of America in 1921. He attended the gymnasium in Darmstadt, Germany, from 1896 until 1897, but received most of his secondary school education at Heriot Wall College in Edinburgh and by private tuition. He received a B.Sc. degree from the University of Edinburgh in 1906, remained for two years of post-graduate work as a Vans Dunlop Scholar, and then attended the University of Breslau where he received a Ph.D. degree under Professor Otto R. Lummer in 1911. The following two years were spent in teaching and research: 1911-12 at the University of Breslau and 1912-13 at the University of Edinburgh. Following this, he became an Instructor of Chemistry at the University of California, Berkeley at the time the Chemistry Department was being reorganized by Dr. Gilbert N. Lewis. Dr. Gibson became Assistant Professor in 1918, Associate Professor in 1921, and Professor in 1927. 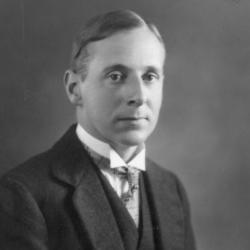 Dr. Gibson's first three research publications (he produced ten before coming to Berkeley) were in the field of organic chemistry, but he soon transferred his major interest to physical chemistry and quantum theory. His work on thallium vapor, published in 1911, was the first conclusive proof that spectral lines are produced by thermal emission.

Dr. Lewis, whose major interests were thermodynamics and physical chemistry, placed Dr. Gibson in charge of two new honors courses, Thermodynamics and Advanced Physical Chemistry. Dr. Gibson published in 1917 an English translation of A Textbook of Thermochemistry and Thermodynamics, by Otto Sackur, and this served as a reference text for this subject until 1923, when Lewis and Randall's text on chemical thermodynamics appeared.

Dr. Gibson's early research in Berkeley followed two main patterns, spectroscopy and low temperature calorimetry. His first applications of spectroscopy were devoted to a study of solutions formed by dissolving alkali and alkaline earth metals in liquid ammonia and methylammine. He also studied the extraordinarily large electrical conductivities of these solutions. In 1917 he published, in collaboration with Dr. Lewis, a survey of the entropies of the elements from existing but rather inadequate low temperature calorimetric data. He enlisted three of his graduate students, Wendel M. Latimer, George S. Parks, and William F. Giauque, in low temperature researches designed to test the validity of this method of evaluating absolute entropies of elements and compounds. The low temperature calorimetric experiments on ethyl and propyl alcohols and their mixtures (Parks and Latimer) and related work on glycerine glass and crystals (Giauque) showed that the third law of thermodynamics could not be applied to non-crystalline states. These three students of Dr. Gibson served as nuclei (Parks at Stanford and Latimer and Giauque at Berkeley) for a rapid spread of low temperature research through their own students. This development put the United States in a leading position in experimental work related to the third law of thermodynamics.

Dr. Gibson's interest in the relationship between radiation and chemistry continued throughout his life. With W. Albert Noyes, Jr., he studied the discharge tube luminescence of pure and mixed gases, the suppression of spectra by admixed gases, and the relationship of band striations in discharge tubes. Publications in 1927 show his early interest in the ionizing effects of alpha particles upon various gases.

He had an early appreciation of the relationship between quantum statistics, spectra, and chemistry. The year 1927-28 was spent with Professor Walter H. Heitler at Goettingen as a Guggenheim Fellow. This led to a publication on the then new quantum statistics. One of the results of this collaboration was a proof that nuclear spin effects do not shift chemical equilibria appreciably at ordinary or higher temperatures. He devised numerous experiments on the band spectra of chlorine, iodine, and iodine monochloride related particularly to predissociation and isotope effects.

In 1937 three papers on the interaction of fast neutrons were published with his students, Glenn T. Seaborg and David C. Grahame. This had the important effect of introducing Seaborg to this subject.

As he approached retirement in 1954, Dr. Gibson's publications were concerned with photochemical decomposition and absolute quantum efficiencies of luminescence. After retirement, he was recalled to active duty for the academic year 1954-55.

During World War I, he was employed as a chemist at the Giant Powder Works at Giant, California, in 1917-18, and during World War II, he served as a Consultant to the Navy Department, Bureau of Ships Oceanographic Laboratory at Woods Hole, Massachusetts, in 1943-44. He was a Fellow of the American Physical Society, and a member of Sigma Xi and the American Oriental Society. He was interested in music and for a period played violin in the University Symphony Orchestra. In later life he became interested in Oriental philosophy and became a proficient translator of Sanskrit. He published one translation on the zodiac entitled Semitic and Oriental Studies and left numerous unpublished translations.

Dr. Ernest Gibson thoroughly enjoyed his scientific activities, but was very modest concerning his own accomplishments. He inspired others to participate in research and was selected as Ph.D. research director by such men as Latimer, Parks, Giaque, Phipps, Eyring, Rice, and Seaborg. He took pride in the fact that two of his students received Nobel Prizes.