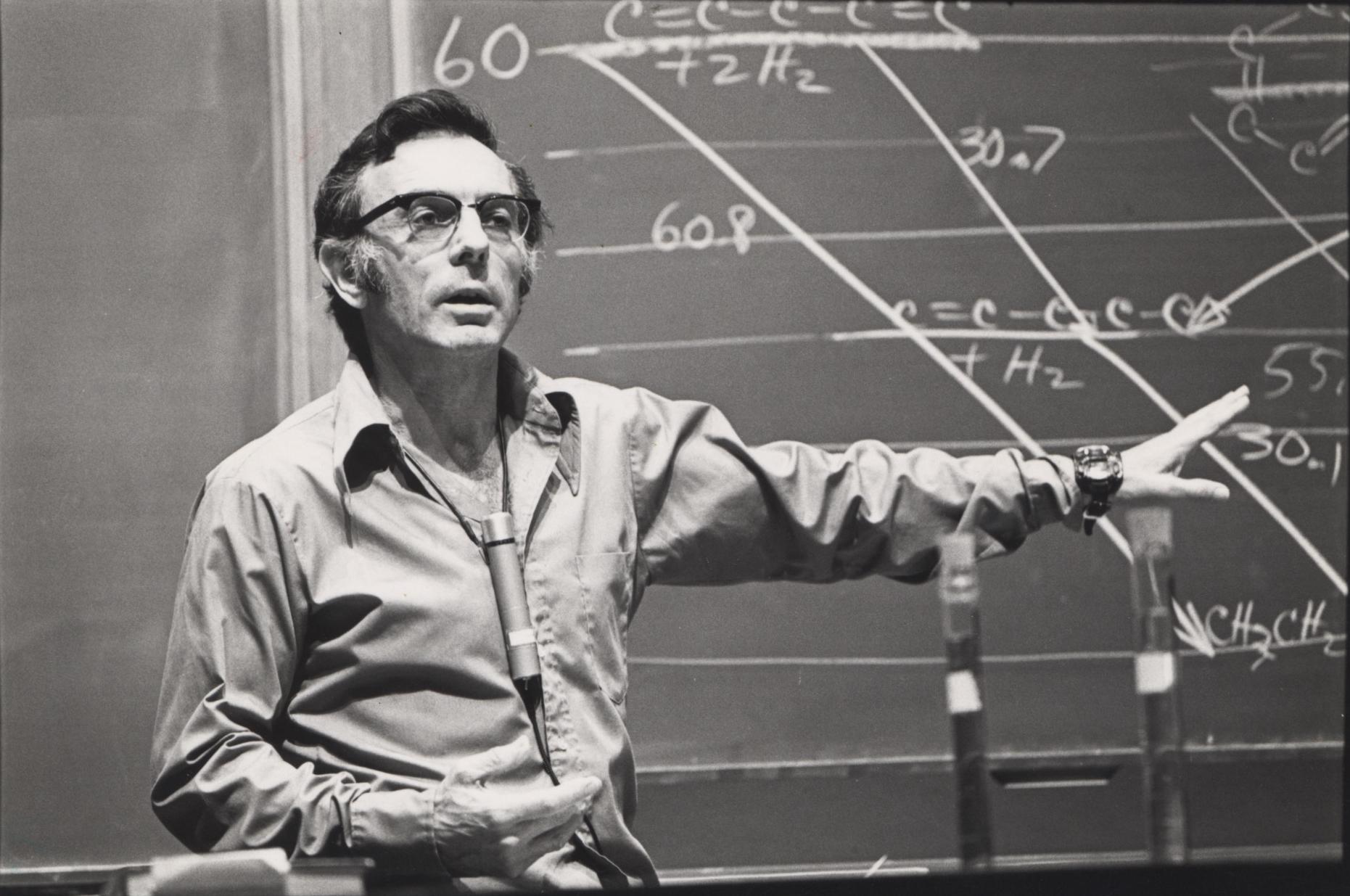 With the death of George Pimentel, the Berkeley campus has lost an eminent scientist, a great teacher, a vivid personality, and a staunch friend. And the nation has lost a strong voice for science research and an educator who reached countless students, revolutionizing the teaching of chemistry at all levels from middle school through postgraduate work.

George was a native of this state whose loyalty to the University of California was grounded in the opportunities it afforded him to transform his own circumstances and mind. Born in the Central Valley to French parents, he grew up in a poor section of Los Angeles and, after finishing high school in 1939, worked his way through a chemistry major at UCLA. Graduating in 1943, he came north to join the Manhattan Project in Berkeley. When he grasped the full implications of the project, however, he enlisted in the Navy and volunteered for submarine duty in the hope of hastening the war's end. In 1946 he returned to Berkeley for graduate work in infrared spectroscopy under the supervision of Kenneth Pitzer. Upon his receipt of the Ph.D. in 1949, he joined the Berkeley faculty, of which he remained an active member until his death.

During the 1950s George developed the matrix isolation technique to trap free radicals, preventing their loss through chemical reaction and thus allowing spectroscopic study. Throughout the world, that technique has led to the discovery of many highly reactive molecules. Infrared spectroscopy also enabled George himself to advance our understanding of hydrogen bonding, a central feature of all biological chemistry.

In the mid-60s George's study of fast reactions unlocked the secret for converting chemical energy directly into laser light. The chemical laser has since taught us much about chemical reactions and about the transfer of energy among molecules. It has also been developed into large and powerful laser systems. Meanwhile, George's high-speed infrared spectroscopic techniques proved adaptable to the devising of instruments for remotely determining the composition of the atmosphere and surface of Mars. Spectrometers constructed and assembled in his laboratories yielded dramatic findings in the space missions of Mariners 6 and 7. 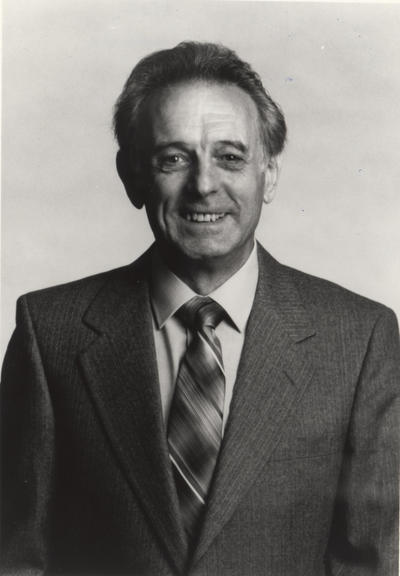 George Pimental was the antithesis of an armchair scientist. It was not enough, for example, that he had invented a key tool for exploring outer space; in 1967, at age 45, he himself applied to become a scientist-astronaut. After the most demanding of physical and intellectual tests, the National Academy of Science ranked him first among its thousand or so applicants. Only the discovery of a minor abnormality in one retina prevented him from joining NASA's program. A fellow applicant, who fondly remembers George's warmth and enthusiasm, recalls that when George was asked how he would react to the prospect of a two-year, high-risk trip to Mars, the instant reply was, “Where do I sign up?”

George's teaching at Berkeley, in and out of the classroom, was characterized by generosity, humor, fairness, vigorous commitment, love of truth, and a constant probing to arouse in his students the skeptical independence of mind that, in his own case, had blossomed in his student days at UCLA. Lecturing to vast numbers of freshman was as important to him as training doctoral candidates in the laboratory, and the doors of both his office and his home were always open to all.

George was still more famous, however, for his contributions to science education through the CHEM STUDY project, a national effort to improve high-school chemistry teaching. He participated in the production of films and other supplementary materials and in the training of teachers nationwide. But his primary role was to write, with others, Chemistry: An Experimental Science, a textbook published under his editorship in 1960. His text, along with his method of learning by doing experiments, making observations, and then drawing conclusions, was adopted in nearly every high school classroom in the United States as well as in many other countries. In the words of a colleague, “He lifted the confidence, dignity, and spirits of chemistry teachers as he taught them how to do chemistry. Thus, he brought science, and especially chemistry, to life for millions--by any measure, science education on the grandest scale.”

George was also an outstanding leader. On the Berkeley campus, he served as director of the Laboratory of Chemical Dynamics and as associate director of the Lawrence Berkeley Laboratory. He spent the years 1977 through 1980 in Washington as deputy director of the National Science Foundation, where he significantly raised awareness of the need for funding and public understanding of scientific research. In 1986 he was president of the American Chemical Society. And he organized and edited the National Academy of Sciences' 1985 “Pimentel Report,” Opportunities in Chemistry, which, revised, has found its way into the high schools and helped many students set career goals in science. George Pimental received many honors, including Israel's Wolf Prize (1982), the National Medal of Science (1985), the Welch Award (1986), and the Priestley Medal (1989). In 1966 he was elected to the National Academy of Sciences. He received UCLA's Distinguished Alumnus Award and, at Berkeley, the Distinguished Teaching Award and the Donald S. Noyce Award for Excellence in Teaching. He also delivered Berkeley's Lewis Lecture and the Faculty Research Lecture, and shortly before his death he received the Berkeley Citation.

George Pimentel did everything with tremendous vigor, intensity, and desire to succeed. Squash partners and opposing softball teams found this out quickly. His self-chosen epitaph applies not just to sports but to all his undertakings in whatever sphere.

“He went to the ballpark every day
And he let them know he came to play.”
George was a devoted and fun-loving father to Chris, Jan, and Tess, his daughters with his first wife Betty; stepfather to Vincent and Tansy, children of his widow, Jeanne; and grandfather of five. 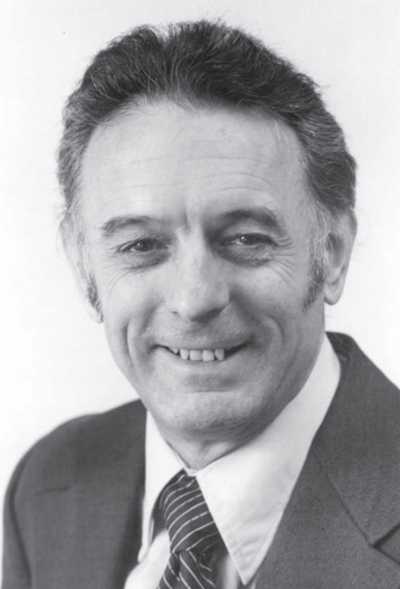 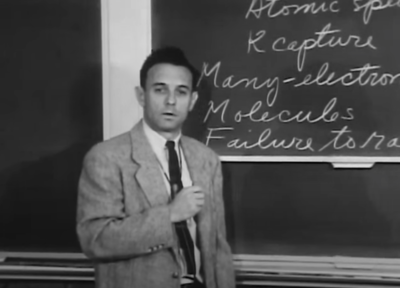 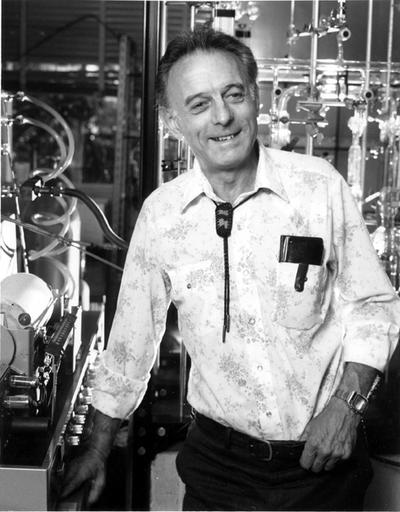