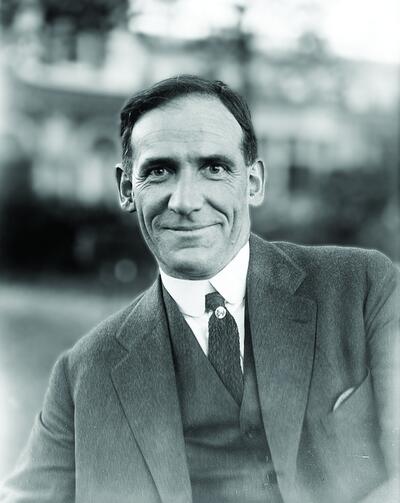 From the about section of the Research Corporation For Advance Science>

A native of Oakland, California, Frederick Gardner Cottrell (1877-1948) early revealed the intense scientific curiosity and drive toward achievement that was to characterize his life and make him one of the outstanding, widely honored figures of his era.

At the age of 16, Frederick Cottrell was admitted to the University of California after four semesters of high school where, one acquaintance recalled, "he read textbooks like novels." Telescoping four years of college into three, he received a bachelor’s degree in 1896 and was awarded a fellowship—only to have to resign it for economic reasons. Combining study with high school teaching, he worked toward the day when he could continue his formal education. He pursued graduate work in Germany, qualifying for an advanced degree from the University of Berlin in 1901, and a Ph.D. from the University of Leipzig in 1902.

Returning to the University of California as a professor of physical chemistry, Dr. Cottrell—again laboring under economic necessity as well as interest—began experimenting with electrostatic precipitation as a means of collecting sulfuric acid mists. The result was the precipitator, a device which could collect fly ash, dust and fumes, acid mists and fogs that belched from turn-of-the century plants, and which became a primary means for controlling industrial air pollution. Cottrell made it work by developing a reliable high-voltage power supply and electrodes that permitted electrical energy to leak across a gas-filled chamber from many small points. In 1906 electric current was applied to a small laboratory device emitting sulfuric acid mist, and the idea became a reality. The first patent, No. 895.729, was issued on August 11, 1908.

Well acquainted with the frustrations of young scientists lacking the resources to carry out their ideas, Dr. Cottrell, at the age of 34, resolved that science would be the principal beneficiary of his invention. Those associated with him in developing electrostatic precipitation agreed with this highly unusual suggestion, and in 1912 Research Corporation, a unique institution devoted to philanthropy in science, was born.

Holding a high ideal of public service, Dr. Cottrell guided the U.S. Bureau of Mines in several capacities, including that of director, and played a vital role in making possible helium production during World War I. Following his decade with the Bureau which ended in 1921, he was called upon to fill posts with the National Research Council, and the U.S. Department of Agriculture’s Fixed Nitrogen Laboratory.

As a science consultant, Dr. Cottrell was highly regarded in national and international circles, in industry and the academic community. He traveled widely, was acquainted with scientists in the U.S. and abroad, and was especially well known for his ability to spark new ideas. His awards ranged from the Le Conte fellowship and an honorary degree from the University of California to the highest awards of a variety of professional societies. He was elected to the National Academy of Sciences in 1939.

Those who honored him spoke not only of his contributions to scientific knowledge, but of his dedicated efforts to enlist science in the service of society. "There is," Frederick Cottrell once told an audience of engineers, "the crying need and splendid opportunity for the young engineer of creative imagination and moral courage to join forces with his brother specialists from the humanitarian side and thus insure a really comprehensive picture of what Homo sapiens should be driving at as the immediate and conscious goal for the species."

Frederick Gardner Cottrell was proclaimed a "samaritan of science" by his biographer, Frank Cameron. "Dr. Cottrell benefited mankind in more than one way," explains John P. Schaefer, former Research Corporation president. "In addition to inventing an important device to control air pollution, he dedicated it to science by creating an organization to develop inventions and help fund academic research." By capitalizing on Cottrell’s patents and those contributed by other scientists, Research Corporation has been able to make grants of over $150 million to support projects independently proposed by academic scientists. 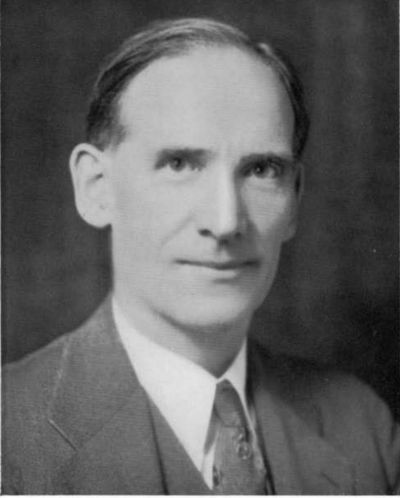