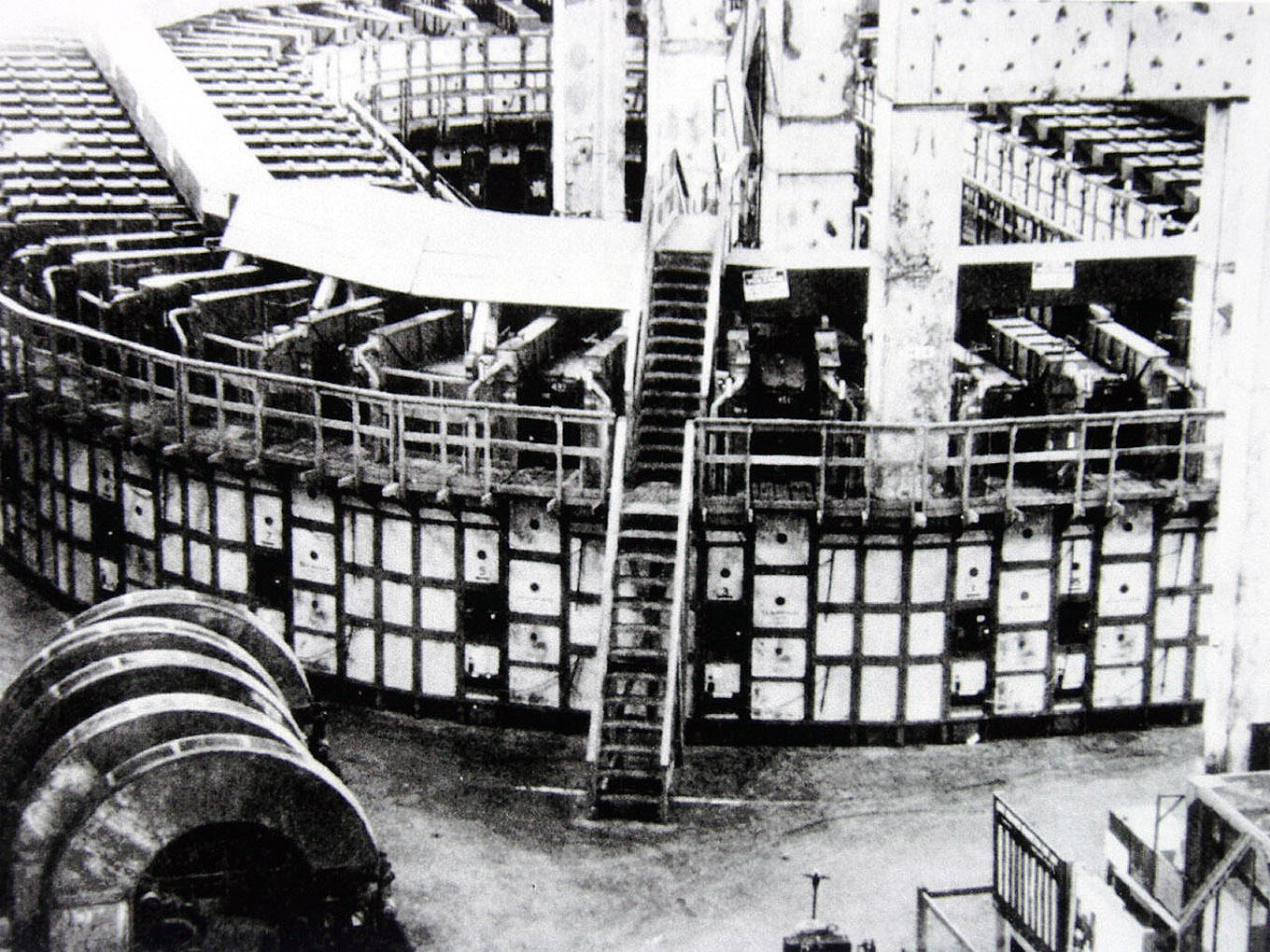 Orlemann was part of the chemistry research team to work on the Y-12 project at Oak Ridge during World War II.

Ed Orlemann passed away on August 18, 1985 at the age of 70. He was a native of Minnesota, and received his education there, graduating from St. Thomas College in St. Paul, Minnesota, in 1936. During the 1936-1937 academic year, he taught chemistry at St. Thomas Academy. He entered the University of Minnesota in 1937 as a graduate student in chemistry and specialized in analytical chemistry. His research was carried out under the guidance of the eminent analytical chemist, Professor I. M. Kolthoff, and involved investigations of methods of analysis using polarographic techniques with the dropping mercury electrode. This association resulted in a number of publications. He was awarded the Ph.D. in 1941, and joined the faculty at Berkeley in the fall of 1941 as Instructor in Chemistry. His academic pursuits were interrupted by war service from 1943 to 1945. He moved to the Metallurgical Laboratory, University of Chicago (for work on the Manhattan Project), in February of 1943, and later transferred to Oak Ridge, Tennessee (Tennessee Eastman, now Oak Ridge National Laboratories). He returned to Berkeley in the fall of 1945 as Assistant Professor of Chemistry. He was promoted to Associate Professor of Chemistry in 1948 and to Professor of Chemistry in 1954, choosing early retirement in 1976.

Ed Orlemann cared for his teaching. His normal assignments were the sophomore courses in Introductory Quantitative Analysis, taken by many hundreds of students in diverse fields of science, and in a senior chemistry majors course in Advanced Quantitative and Instrumental Analysis. For the former course he collaborated with Olson and Koch in writing Introductory Quantitative Analysis published in 1948 and used for many years in the course at Berkeley. Students enjoyed his witty humor and puns; they appreciated his forbearance and tolerance in responding to students' questions. He was always ready to spend as much time as seemed to be needed to help the student get to the root of the question which was asked and to have the student see and understand the answer. Ed showed genuine concern for the students. Beginning in 1960 he was appointed Assistant Dean for Undergraduates in the College of Chemistry, a position in which he served much to the satisfaction of faculty, as well as students, until 1974. In this position he showed a very strong sense of fairness in dealing with the students and their problems. His attitude was humane; he was always available and ready to discuss at any length the student's concerns. Ed showed a compassion for the students in difficulty, and understanding for students who needed to interrupt their education. Upon his retirement, the undergraduate student society presented him with a desk set, suitably engraved.

Ed cared for the University. He was proud of his association with Berkeley and its strength and developing reputation as a front runner in American education during his tenure on the faculty. An habitue of the Faculty Club, he had a reputation as a Hearts player par excellence. He was a real wit; his ability to tell a joke or make a pun was remarkable.

Ed Orlemann cared deeply for his family. His hobbies included playing the banjo, which helped him earn his way through college. Later, when his children were small, he enjoyed singing and playing for them in the evenings. Ed was an avid reader, particularly of the Lincolnian period of American history. Ed is survived by his wife, Olga C. Orlemann, four children: Jean Hohenthal, Judith, James, Jill Hill, and a step-daughter, Genie Hamilton.