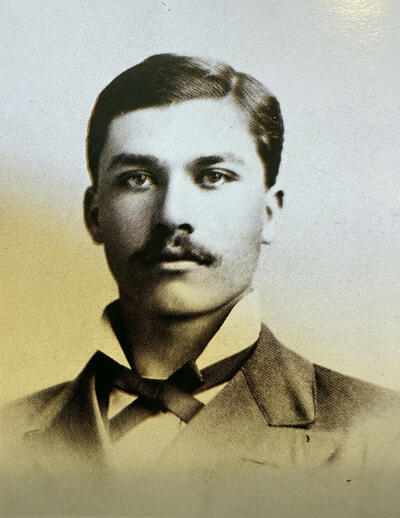 After forty-five years of service in the department of chemistry of the University of California, Edmond O’Neill retired with a Carnegie pension on June 30, 1925. He was born in Nashville, Tennessee, in 1858, but the San Francisco Bay region has been his home since 1864. He was graduated from the University of California in 1879 and was appointed instructor in chemistry the same year. His graduate work was done in Europe between 1884 and 1887. He received instruction from Fittig in Strassburg, Hofmann in Berlin, and Pasteur in Paris.

When O’Neill first entered upon his teaching career in Berkeley, all the activities of the university were conducted in two buildings. One of these buildings, South Hall, housed the department of chemistry, the department of physics, and the university library. During the first few years of his service the faculty of the department of chemistry was limited to three members, and O’Neill had experience in teaching physical, analytical, organic, and physiological chemistry. In those days, too, the professor had much to do in addition to teaching and research. The administrative offices as we know them today had not been established. For many years Professor O’Neill collected the fees from students entering his laboratory and disbursed the fund for supplies and equipment without the aid of a purchasing department and without clerical help in his own office. He placed the apparatus in the desks in the fall and checked it out in the spring. He was the lecturer, the demonstrator, and the reader in half a dozen courses.

The outstanding feature of O'Neill's long and useful career was his fine influence upon the lives of thousands of young people who came to him to learn something of chemistry and who left him instructed, not only in science, but in his wholesome philosophy of life. He had a human interest in the activities of the students. He was gentle, tolerant, and sympathetic in his dealings with them. He was a leader in university activities. He took an active part in organizing the Alumni Association and was several times president of the association. For many years he represented the faculty in the student affairs committee and in the committee on athletics.

Professor O’Neill’s interest in his feilowmen and his willingness to serve was indicated in the establishment of the first summer-session courses. In 1895 a few high-school teachers asked for instruction in chemistry during the summer vacation. No summer work had been offered in Berkeley up to that time. O’Neill secured permission to use the laboratory for this purpose and without compensation he spent half of his summer vacation giving instruction to the group of teachers. He continued this policy every summer for five years before a summer-session program was officially announced.

Professor O'Neill has a jovial disposition. He has a good story for any occasion. With a fine sense of humor he brings mirth and good-will to every group that he visits. Gifts and tokens of esteem have been presented to him by dozens of classes, clubs, and fraternities. O’Neill has published several papers and he has been elected to membership in many scientific societies. As a member of many important committees he has rendered valuable service to the state and to the nation, but his greatest strength has been in teaching and in administrative work.