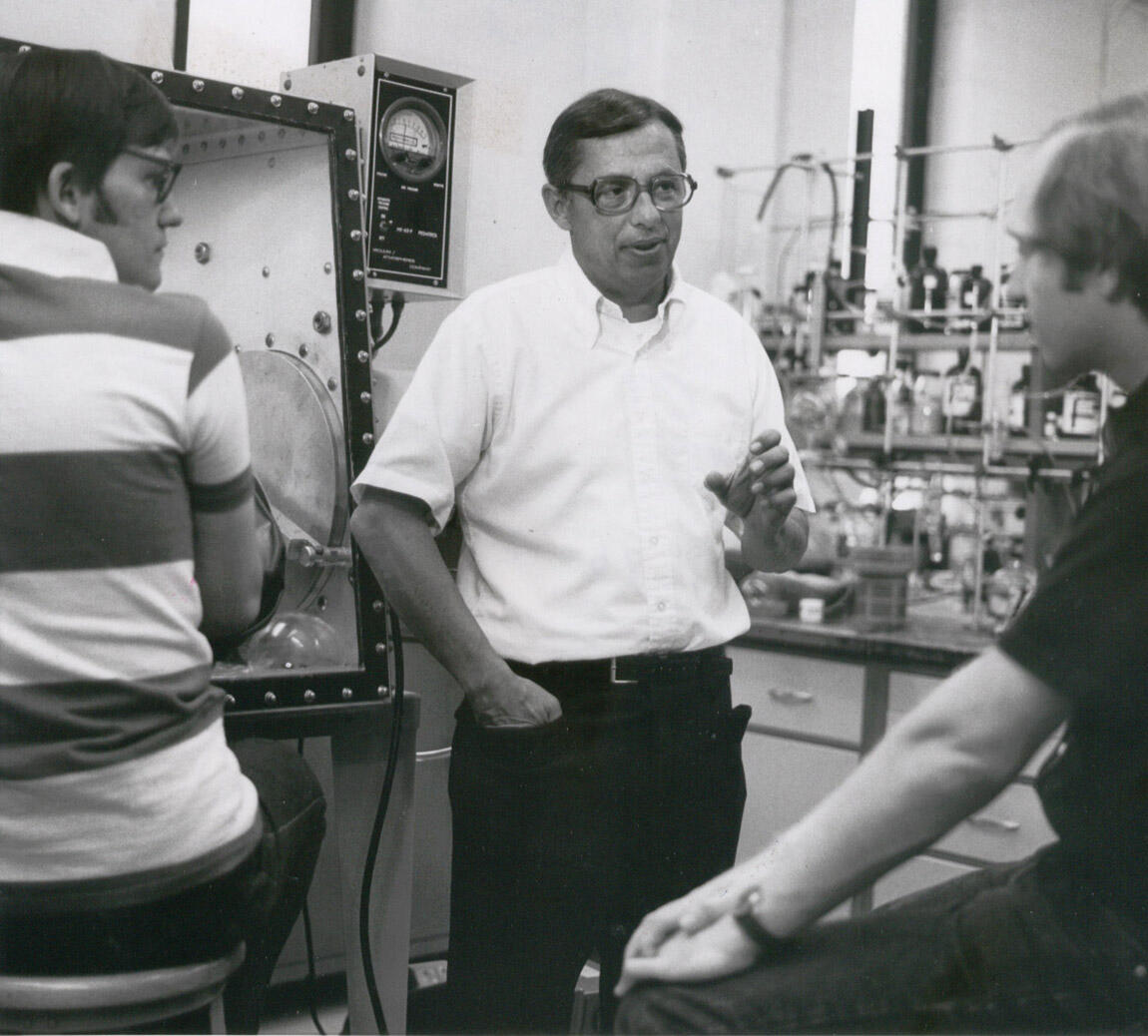 Muetterties grew up in Elgin, Illinois, where he was expected to enter the family business. His early decision to instead pursue a career in science was characteristic of his independence of thought and action. At the end of World War II, he served in the U.S. Navy after completing high school. During his brief military career, he was stationed on Treasure Island, and thus began a lifetime attraction to the San Francisco area.

Muetterties received the B.S. (with highest distinction) from Northwestern University in 1949 and the M.A. and Ph.D. degrees from Harvard University (1951 and 1952). He joined the Chemical Research Department, the predecessor of the Central Research Department, at E.I. du Pont de Nemours & Company, in 1952. His abilities were soon apparent and he was promoted to research supervisor with extraordinary rapidity in 1955. With W. D. Phillips, he formed a very productive partnership, effectively exploiting the new tool of nuclear magnetic resonance spectroscopy for study of dynamic processes in inorganic compounds. This work resulted in an elegant series of papers establishing the stereochemistry of the main-group fluorides. His research at Du Pont carried out pioneering work on new processes for the synthesis of fluorocarbons and main-group fluorides, particularly SiH4 and B2H6. The boron-hydride work led to one of the most exciting periods of Earl's career, the discovery of polyhedral borane anions such as B12H12²-. In addition to the polyhedral borane work, the late 50s and early 1960s saw the beginning of Muetterties' work on transition-metal organometallic chemistry, which he continued to pursue in his later years at Cornell and finally at Berkeley. In 1965, he was appointed Associate Director of the Central Research Department with a charter to re-establish catalysis as a major discipline in the department. In addition to carrying out this mandate most successfully, he became a recognized leader in the field of modern inorganic chemistry. His research interests continued to diversify, even to the extent of research on mammalian pheromones, a venture which was formalized by participation in the Monell Chemical Senses Center at the University of Pennsylvania. His formal academic ties included adjunct professorships in chemistry at Princeton (1967-1969) and at the University of Pennsylvania (1969-1973).

After a two-month lectureship at Cambridge University in 1972, Muetterties decided to pursue an academic career. He assumed a professorship in chemistry at Cornell University in 1973. Although he continued research in chemical anthropology and in coordination chemistry, his major research theme became organometallic chemistry and homogeneous catalysis. He was associated with many outstanding graduate students and postdoctoral fellows who are now distinguishing themselves in academic and industrial careers. During his years at Cornell (1973-1978), Muetterties renewed his enthusiasm for cluster chemistry and developed an analogy between transition-metal cluster compounds and the surface structure of metallic catalysts. The opportunity to explore this relationship was significant in attracting him in 1978 to the University of California, which has been an active center of surface-science research. 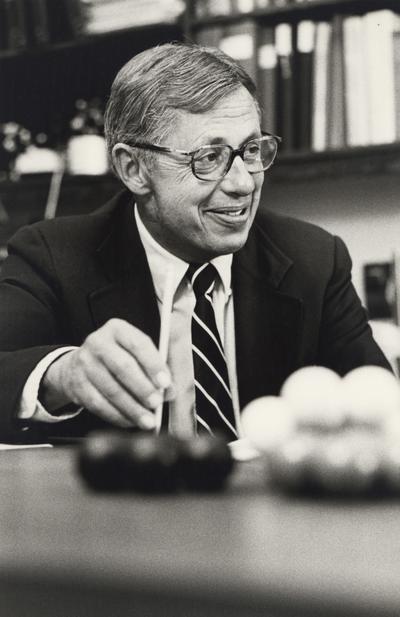 Upon arriving at Berkeley, Muetterties set up his research in organometallic catalysis and cluster chemistry in the Chemistry Department and at the Lawrence Berkeley Laboratory. He liked to describe his heterogeneous catalysis work as experiments on the coordination chemistry of metal surfaces, but he also focused attention on reactive surface-bound organic species. He combined his major areas of research especially well in his parallel studies of reactions of small coordinating molecules such as CH3CN and CH3NC with metal surfaces, metal cluster compounds, and monomeric metal complexes. His establishment of these parallel efforts had a major impact on the nature of research and the intellectual atmosphere at Berkeley; his conviction that the fundamental chemical processes in heterogeneous and homogeneous metal-based chemistry were closely related, did a great deal to increase the interaction between surface scientists and inorganic chemists at Berkeley. Muetterties believed that chemistry departments in general were too divisionalized and that interdisciplinary research was likely to be of growing importance in the future.

His dedication to all phases of the educational process was evident throughout his career, but particularly at Berkeley where he took a keen interest in the educational policies and processes both at the undergraduate and graduate level. His terms as graduate inorganic advisor were marked by successful efforts to provide students with new flexibility in designing their course programs. Shortly after arriving at Berkeley, he instituted a new advanced inorganic course, emphasizing modern structural and mechanistic principles, and taught the course himself for several years. At the time of his death, Earl was chairing a committee charged with revising the first-year chemistry program.

Author of over 350 scientific papers, he was a member of the National Academy of Sciences, American Academy of Arts and Sciences, American Chemical Society, American Physical Society, Honorary Fellow of the Royal Society of Chemistry (England), and a Fellow of Churchill College (Cambridge). Additionally, he held more than 24 positions on editorial or advisory boards and more than 65 visiting lectureships throughout the world. He received the prestigious Kirkwood Award, the ACS Award in Inorganic Chemistry, and the ACS Award for Distinguished Service in the Advancement of Inorganic Chemistry. His hobbies and interests included Chinese and Russian history, anthropology, gardening, cross-country and downhill skiing and fishing. Most of these activities were shared with his wife, JoAnn, and six children, to whom he was very devoted.

Earl Muetterties was a major figure in American inorganic chemistry and he contributed to almost every area of this discipline. His untimely death was a tragic loss not only to his family, colleagues, and students, but to the world of chemistry as well. 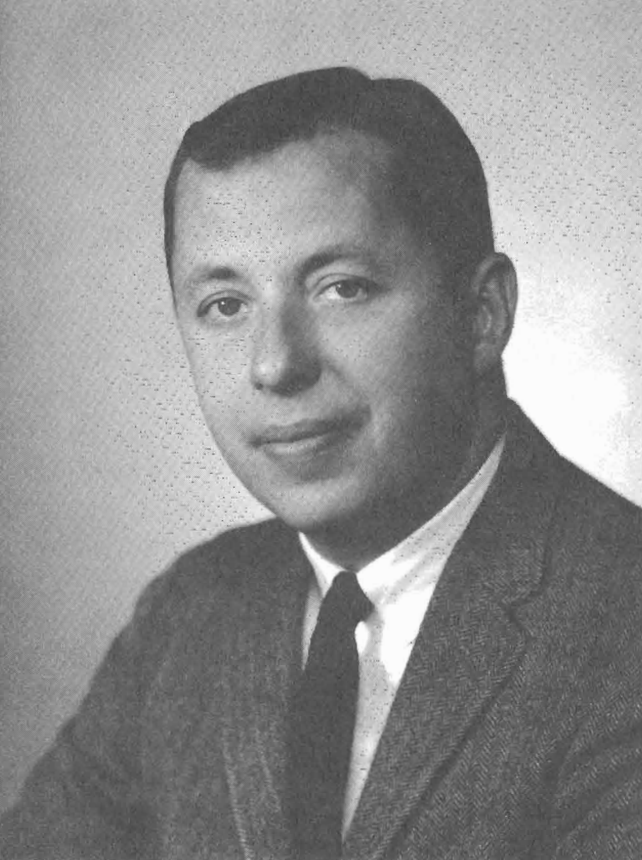