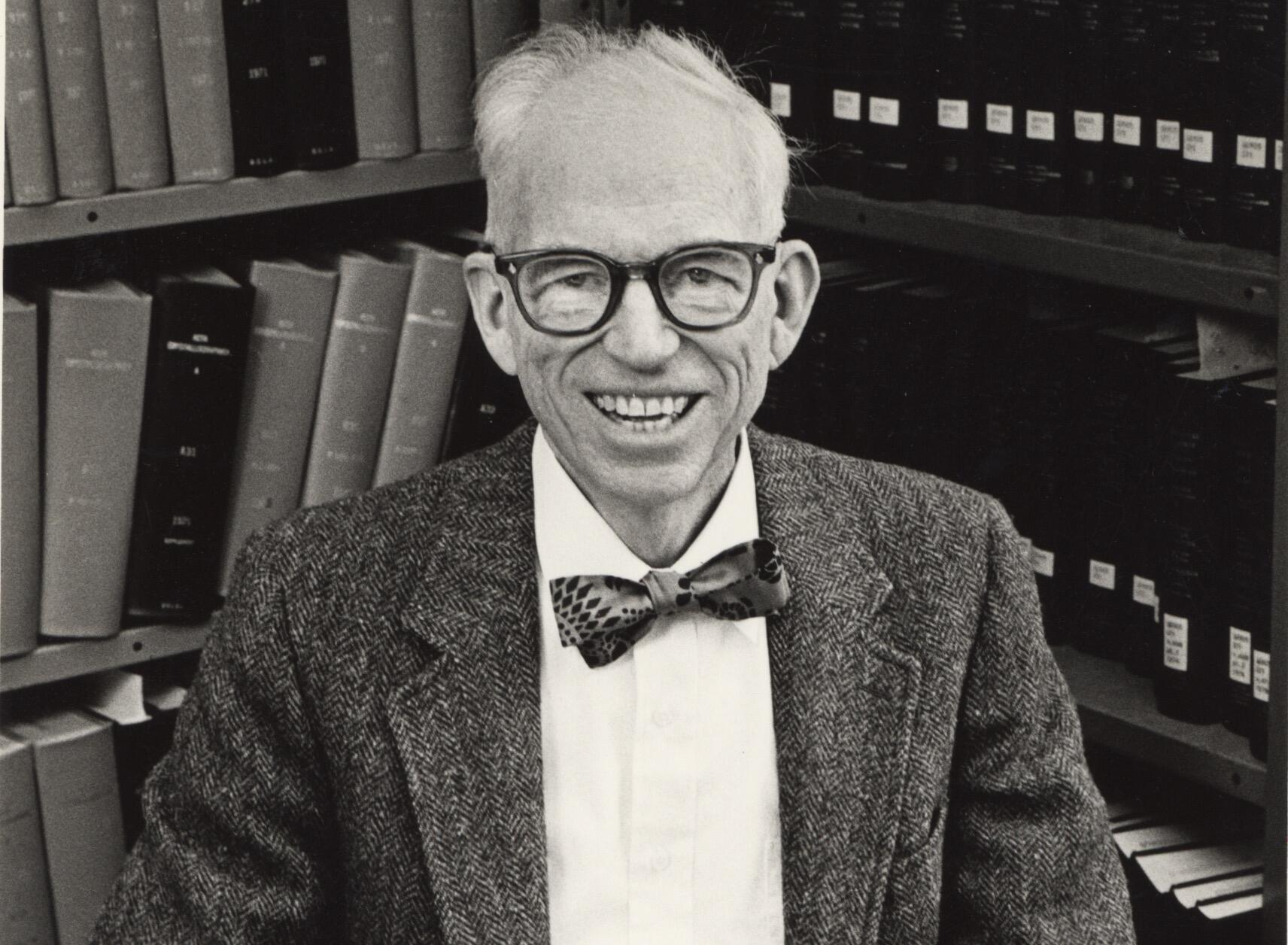 by Alan Templeton and Diana Templeton

David H. Templeton was born in Houston on March 2, 1920, the second of six children of David and Miriam Templeton, a Presbyterian minister and a homemaker, respectively. Both parents were college graduates, a relatively rare occurrence at that time in the American South.

The young David spent his formative years living in modest circumstances in a series of Southern towns. Though the family had little money, learning was always a priority. Often lacking access to any nearby public library, David and his siblings would borrow books and magazines from the townspeople to supplement what was available at home. In later years, David would happily recall that in one such community, he had read every book in town. He hastened to add that it was a rather small town.

Around 1933, the family settled in Athens, Louisiana, in Claiborne Parish, at the northern end of the state. After completing high school in Athens (and thanks to government aid) David was able to attend Louisiana Polytechnic Institute along with his sister. David, Margaret, and their brother, Charles, all attended this university, and it opened a larger realm of possibilities to them.

He began his Ph.D. studies at UT, but in early 1944 he was recruited to work on the Manhattan Project, a large part of which was based at the University of Chicago. From April 1944 to January 1946, he was based at the university’s metallurgical laboratory. David had never been to such a large and important city before. He would later remark that he never knew he was poor until he moved to Chicago, because where he was from, everyone was poor.

The Manhattan Project was a pivotal experience. Suddenly, this young aspiring chemistry student was rubbing shoulders with some of the most prominent scientists in the world, and better yet, he was working for them. David was always quick to point out that his own role in the project was very junior, very minor and ultimately inconsequential, but it gave him a front row seat to cutting-edge science, and to history. He also made personal contacts that would prove very beneficial to him, including William Zachariasen, an expert on X-ray diffraction, and Glenn Seaborg, who encouraged David to come to the University of California, Berkeley.

Once at Berkeley, David completed his Ph.D. in the short span of three semesters. During his first semester, he stumbled upon a promising lead and pursued it with all of his abilities. Although good fortune did play an early role, his hard work and diligence were decisive. He was determined not to lose any more time after the disruption of the war years. His professors at the College of Chemistry were impressed by his ability, his intelligence and his work ethic. He received his Ph.D. in 1947 and was immediately invited to join the college’s faculty. 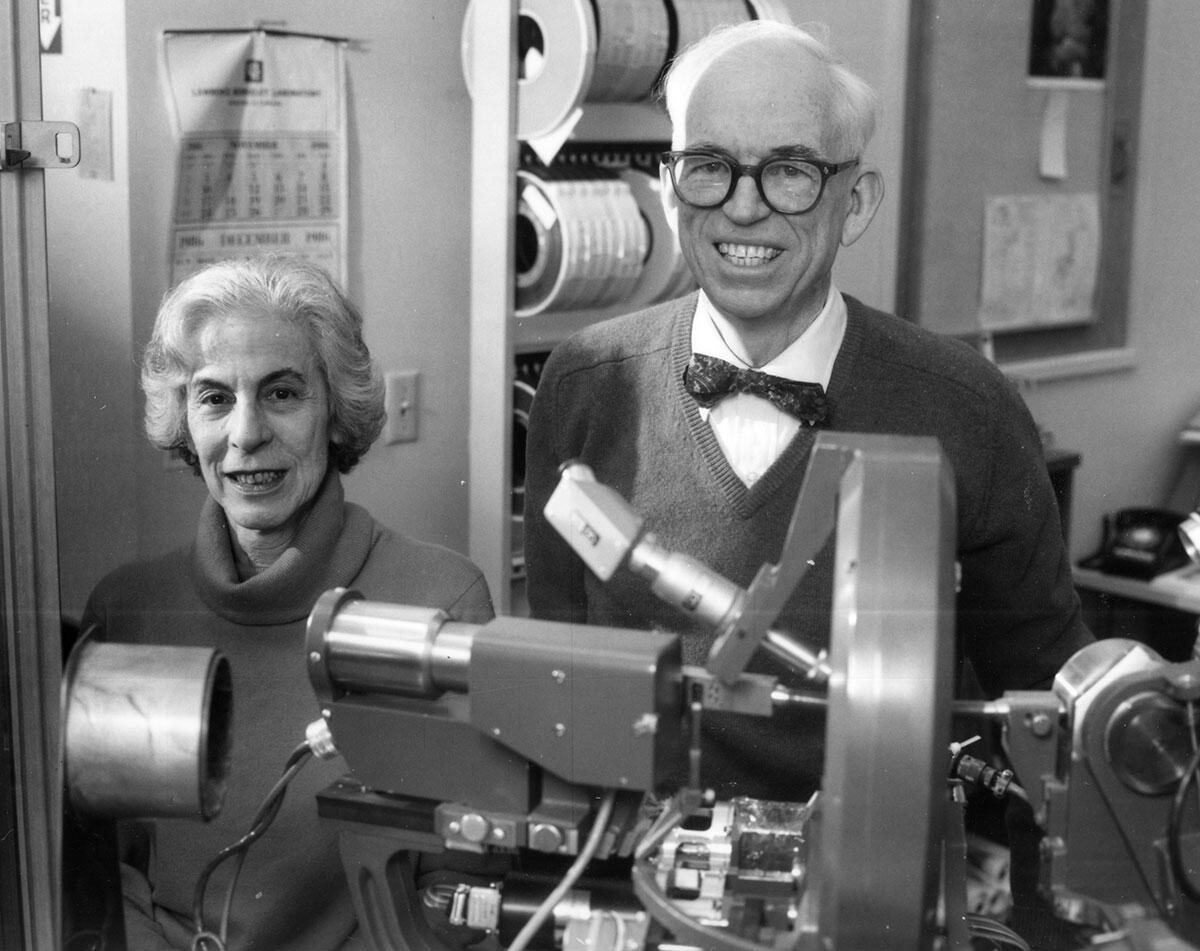 During the time he was working on his Ph.D., David had made another key discovery: a fellow physical chemistry graduate student named Lieselotte Kamm. David would later describe Lilo as the most interesting woman he had ever met. She had both a great love of science and great cultural depth: she had grown up in Germany and France, spoke three languages fluently, and had visited many of the great cities and sights of the Old World, places David knew only from books.

One day, they were walking together along Bancroft Way and came by chance upon Otto Stern, the noted physicist and Nobel laureate. Much to David’s surprise, Stern came right up to them with a smile and asked, “How is my favorite niece today?” David and Lilo married in 1948. They had a daughter, Diana, in 1950, and a son, Alan, in 1960. They were able to raise a family, principally in El Cerrito, and pursue their careers at Berkeley.

In 1953, David received a Guggenheim Fellowship, which allowed him to spend his first sabbatical at the University of Uppsala. This was David’s first trip outside of the United States. Accompanied by Lilo and Diana, they visited 11 European countries during the eight-month leave.

From the late 1960s onwards, David and Lilo took many interesting trips together, sometimes accompanied by their son, Alan. In particular, they enjoyed visiting the great historic cities and palaces of Europe. They also visited some less familiar destinations for international crystallographic meetings, including Moscow in 1966 (during the height of the Cold War), Kyoto in 1972, and Warsaw in 1978. They also visited numerous places of great beauty in North America, including Yellowstone Park, the Canadian Rockies, and Mexico’s Yucatan Peninsula.

David, brilliant in so many ways, often struggled with speaking and comprehending foreign languages. He was skilled at deciphering written passages, whether a scientific paper in German, a historic plaque in French, or an official sign in Swedish, but the art of foreign conversation was always a great challenge for him. Fortunately, Lilo had an outstanding aptitude for foreign languages, while David had an excellent sense of direction, making them well-suited travelling companions. 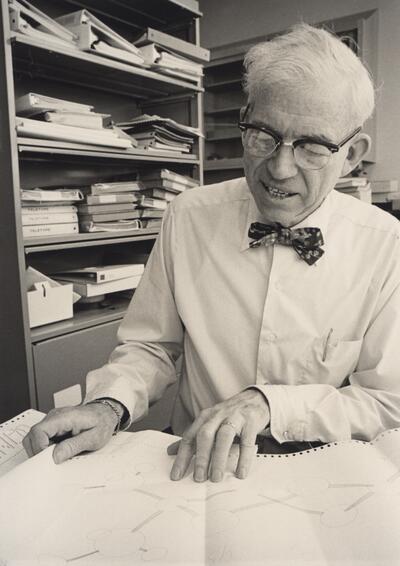 David and Lilo had a wonderful rapport and a very close marriage and partnership, both personally and professionally. For part of the 1960s, and then nearly continuously from the early 1970s onwards, the two conducted many crystallographic experiments and wrote many scientific papers together. This culminated in their being selected to jointly receive the Patterson Award for crystallography in 1987 for the use, measurement, and analysis of anomalous X-ray scattering.

The Templetons’ pioneering work made possible the development of multi-wavelength anomalous diffraction phasing, now a standard method for protein structure analysis. This is one of the techniques that has allowed many researchers in the life sciences successfully to solve complex structures related to human physiology.

In addition to being a dedicated researcher, David was a respected teacher and mentor to many students throughout his long career. He continued to teach until 2001. He also served as dean of the College of Chemistry from 1970 to 1975, a tumultuous time on the campus when his diplomacy, skill, and sense of fairness helped him complete his five years successfully.

Lilo passed away in October 2009. This was a tremendous loss for David and the family. In December 2009, David decided to create the Lieselotte and David Templeton Endowed Chair in Chemistry. This chair has a very fitting and specific mandate: to support a chemistry professor—with a preference for a woman—who is faced with the challenging task of both raising growing children and pursuing an academic career. David was well aware of how difficult a balancing act it is to be both a good parent and a good scientist, as well as how rewarding both roles can be.

This endowed chair is a fitting tribute to both Lilo and David. His thoughtfulness in creating it is a testimony to the quality of his character, to the depth of his empathy for others, and to the great fondness he always had for the College of Chemistry at Berkeley. 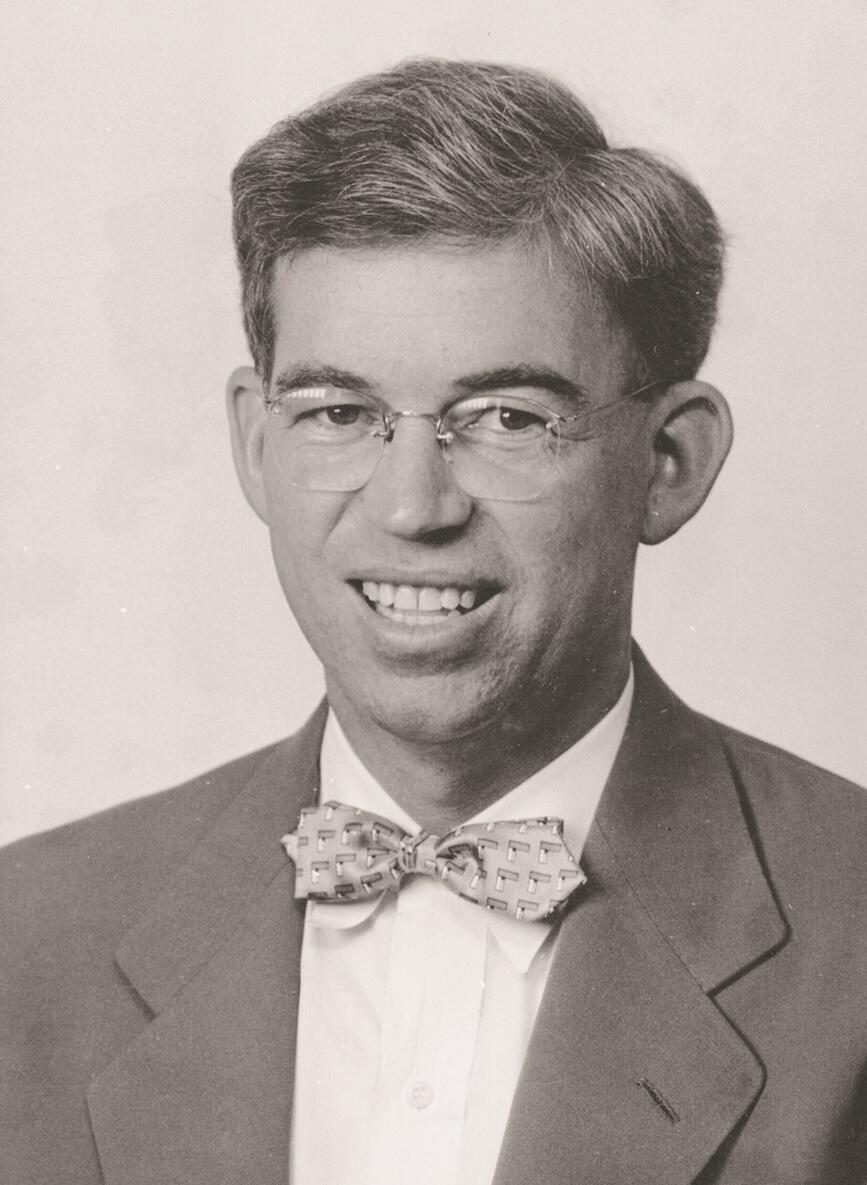 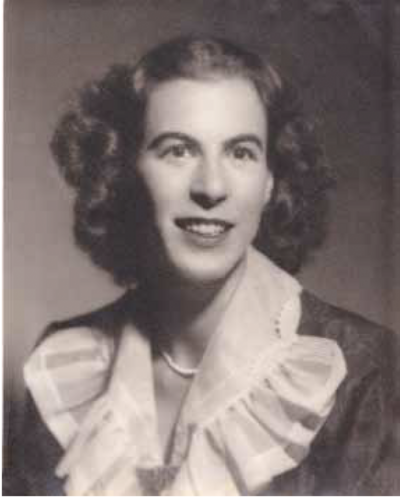