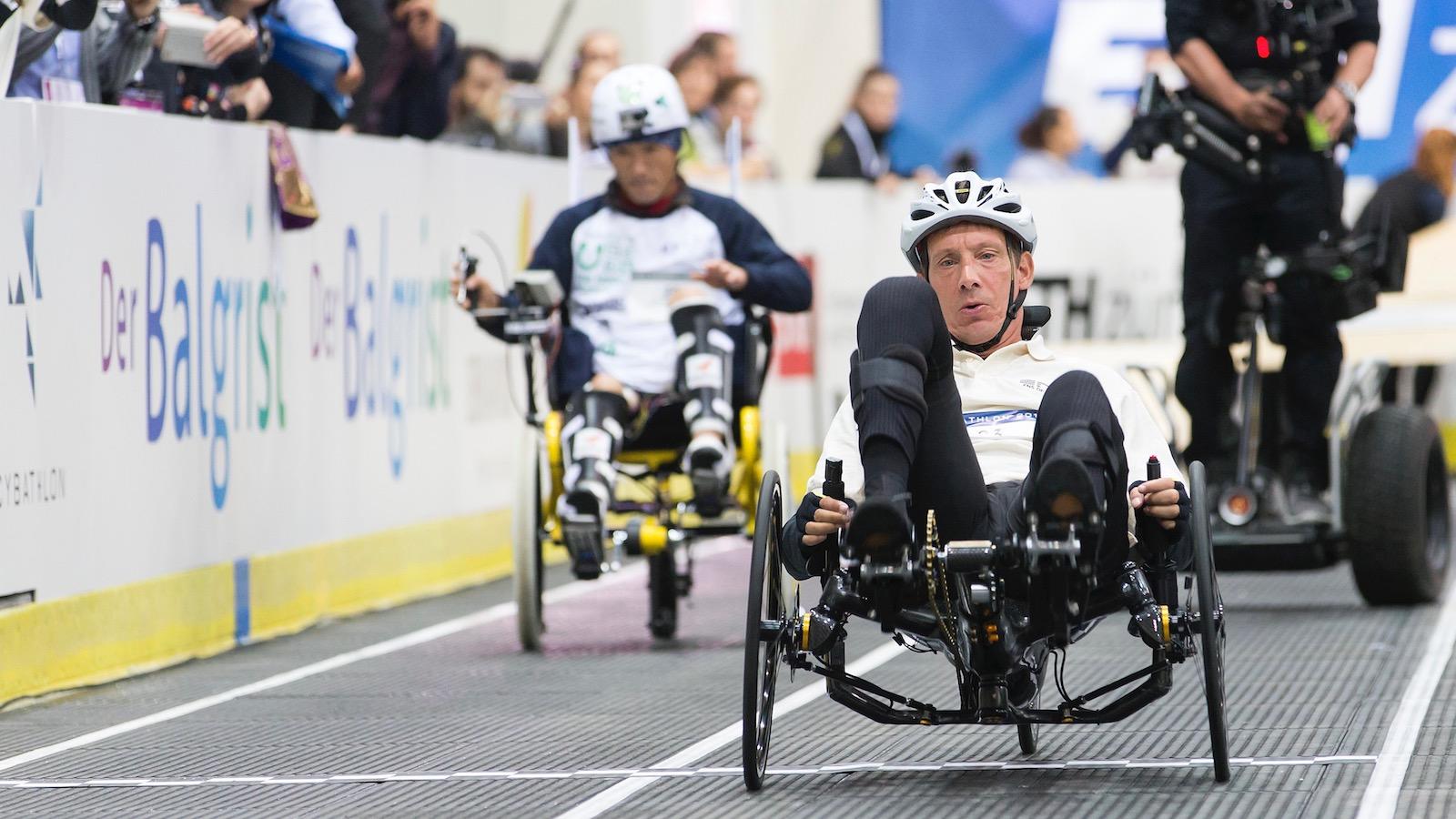 Vance Bergeron (on the right) competing in a bike race. photo https://popsciences.universite-lyon.fr

Alum Vance Bergeron (Ph.D. '93, ChemE) is a specialist in the physico-chemical properties of soft matter and passionate about cycling. After a traffic accident in 2013, Bergeron had to face becoming tetraplegic. Now, he is working in the field of neuro-rehabilitation where he has launched a research program that brings together researchers, doctors and people affected by disabilities to expand on people's recovery.

In recognition of his research, Bergeron has been awarded one of four 2019 CNRS Innovation Medals for his contributions to science.  Since 2011, the CNRS Innovation Medal has recognized figures whose exceptional work has led to groundbreaking innovation in technological, economic, therapeutic, or social fields. It is a major honor, and unique for an American to receive it.  He will accepet the award on December 12, 2019 in Paris.

Nothing can stop Vance Bergeron's determination. After becoming tetraplegic following an accident, the CNRS physicist at Laboratoire de physique de l'ENS de Lyon has researched and developed solutions to improve the quality of life of paralysed individuals through daily physical activity.

The holder of a Ph.D. in chemical engineering from the University of California at Berkeley, he met his future wife during a post-doctoral fellowship in France, and decided to settle there. After a few years working at Rhône-Poulenc, he joined the CNRS in 2000.

Bergeron then began work on biological decontamination systems for air using cold plasmas. He took part in the creation of the company Airinspace, which equips oncology, haematology, and burn treatment wards, and for which he serves as scientific advisor. He is the author of over one hundred scientific publications and forty patents.

In 2013, a car refused him the right of way and struck him while he was riding a bike to his laboratory, leaving him tetraplegic and without the use of his hands. He redirected his research to the functional electrical stimulation that remobilises paralysed members through weak electrical pulses.

His research is supported by ENS de Lyon, CNRS, Hospices civils de Lyon and the association Advanced Neurorehabilitation Therapies and Sport (ANTS), which he cofounded. Assisted by his former doctoral student Amine Metani, Bergeron created the project Circles, which develops electro stimulation bicycles and rowing machines intended for functional rehabilitation centres and gyms dedicated to persons with motor disabilities. ANTS inaugurated the first gym of this kind in France, where their prototypes will be tested in 2020.