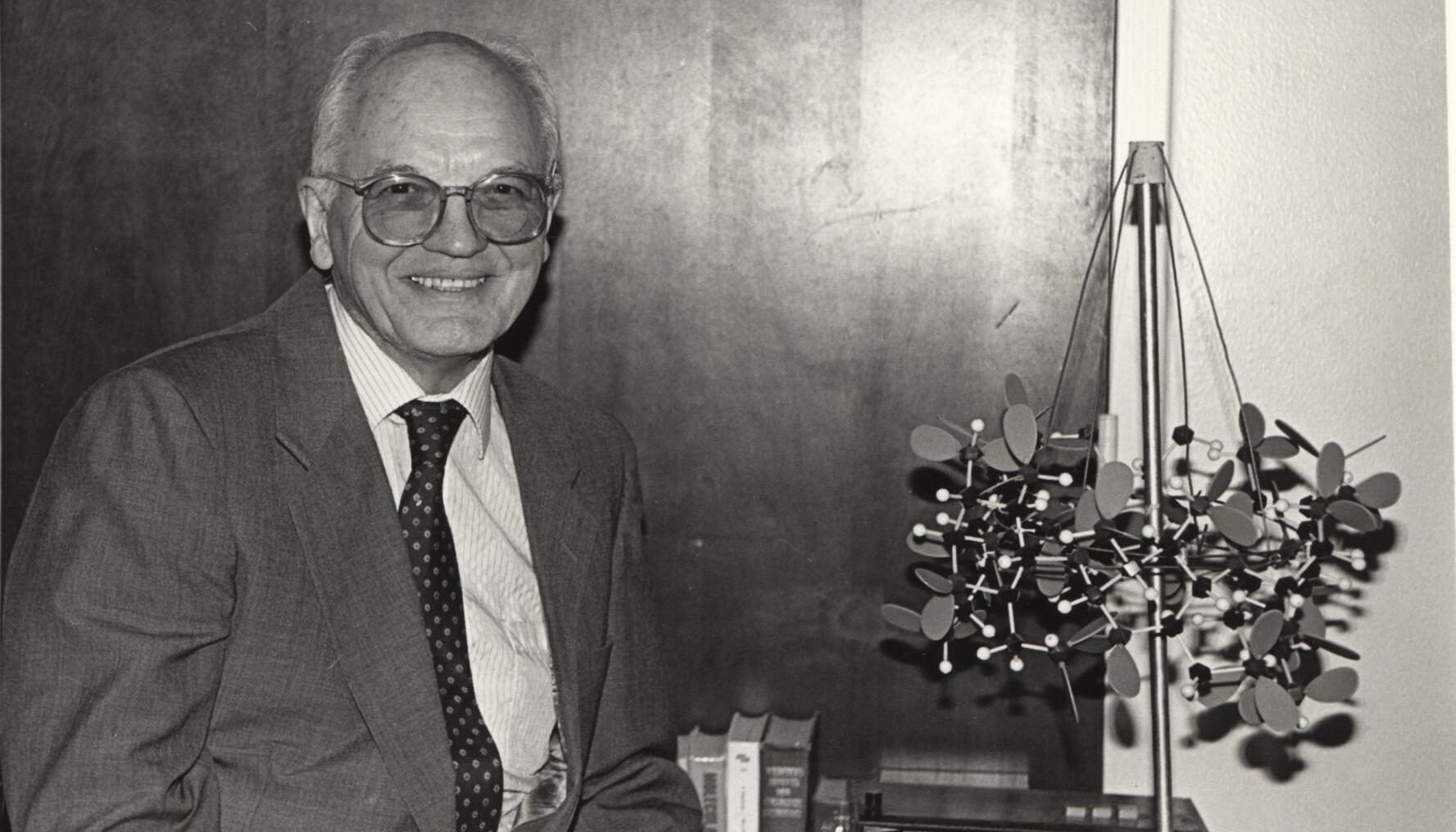 Chester "Chet" Thomas O'Konski, Professor Emeritus of Chemistry who was one of the first chemists to study nucleic acids and proteins using physical chemistry methods, died at his home in El Cerrito, CA, on August 2. He was 85.

In his 43 years on the faculty of the Department of Chemistry, O’Konski employed many different methods to study the properties of large molecules.

“He was among the first physical and poly-mer chemists to apply high electric fields to solutions of biological materials [in order to study] the asymmetric properties resulting from the field,” said John Hearst, professor emeritus of chemistry at UC Berkeley. The technique allowed examination of molecules as they existed in their natural state in solution, and it yielded new information about the size, structure, and optical and physical properties of molecules.

O’Konski was a pioneer in the use of nuclear quadrupole spectroscopy, a technique used to examine how nuclei in the atoms of a molecule react to chemical bonding. He also worked out theoretical calculations on chemical bonding of molecules. 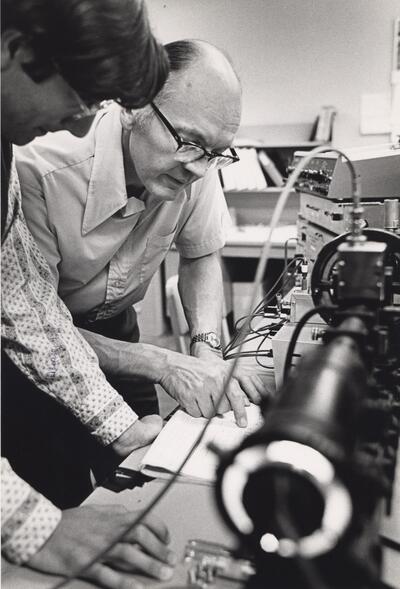 O’Konski was born May 12, 1921, on his parents’ dairy farm in Kewaunee, WI. After obtaining a B.S. in chemistry in 1942 from the University of Wisconsin at Madison, he worked with a top-secret team in Panama, helping to develop gas mask technology. As a result of this work, O’Konski was instrumental in designing the first aerosol particle counter, according to his son, Tim O’Konski.

O’Konski received an M.S. in 1946 and a Ph.D. in 1948 from Northwestern University. That same year, he joined the chemistry department faculty at Berkeley, where he remained until his retirement in 1991. “Chester was the second biophysical chemist to be hired in the department,” Professor Emeritus Rollie Myers (Ph.D. ’51, Chem) said. “He arrived just a year or two after Bruno Zimm, who was the first, and the two of them published several papers together.”

His early work in the optical properties of biological molecules — particularly the tobacco mosaic virus — won O’Konski a number of awards, including a Guggenheim fellowship to Leiden University in the Netherlands in 1955. In 1970, he was named a Nobel guest professor at Uppsala University in Sweden. Citing O’Konski’s research that demonstrated the feasibility of using electric field-induced double refraction (“birefringence”) to study the electrical properties and structures of macromolecules in solution, the International Committee for Molecular Electro-optics awarded him the Kerr Medal in 1991.

O’Konski is survived by his daughter, Holly Austin, of Crescent City, CA.; his three sons, Tim, of Palo Alto, CA, Mark, of Fort Myers, FL, and Brian, of Washington, DC; and five grandchildren.