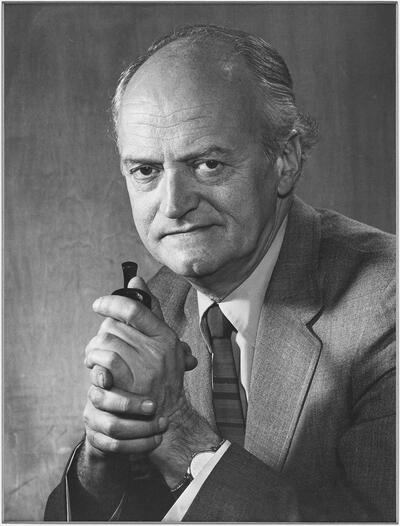 Charles William Tobias, a beloved and internationally honored member of the chemical engineering department at Berkeley, died on March 6, 1996, at his home in Orinda, California. His death at age 75 followed years of struggle against emphysema.

Charles was born on November 2, 1920, in Budapest, Hungary, into a family steeped in culture and engineering, and his subsequent interests and career reflected this background. It was a foregone conclusion that he would receive a thorough technical education; he was awarded his diploma in 1942 and the Ph.D. degree in chemical engineering in 1946 at the University of Technical Sciences in Budapest despite the difficult times. At the same time he attended the Municipal Conservatory of Music and graduated with a major in violin performance.

His professional skill was evident when he performed in local chamber music groups and gained him many friends in music circles of the Bay Area. His interest in art was also notable; he was acting director of the University Art Museum in 1972 and served on its board from 1972 to 1975. As evidenced by the breadth and depth of his knowledge in so many diverse areas, Charles was very much a beneficiary of the nineteenth-century cultural outpouring of central Europe. It was a heritage of which he was proud and which he treasured. One of his favorite occupations in later life was introducing and showing Budapest to his colleagues, and for all of his life he cherished his Hungarian homeland, its beauty, its people, and its traditions. At the same time, after he came to the United States, he happily embraced his new homeland, reacting with delight to its consumer orientation and its robust industrial society.

After completion of his diploma in 1942, Charles was employed at the Radio Tube Division of Tungsram in Budapest, a position that spared him for a time from Hungarian military service. Nonetheless, he was later forced to serve as a military engineer, and was present during the hazardous and harrowing time when Budapest fell to the Russian army. However, by concealing his military service he was able to rejoin Tungsram and to complete his Ph.D. on the preparation of pure boron before Russian repression of Hungary became absolute. It was probably this period that produced in Charles a lasting dislike for any totalitarian government, and for any intolerant treatment of people in weaker positions.

With the aid of his brother, Cornelius Tobias, who had a Ph.D. in physics from Berkeley and was a faculty member of the Division of Medical Physics, Charles was able to escape Hungary and come to Berkeley in 1947. Later the two brothers, with the help of John Lawrence and other friends in the Bay Area, were successful in bringing their parents and invalid sister to Berkeley. Charles and his brother were also instrumental in relocating many Hungarian refugees to the Bay Area, beginning at the time of the 1956 Hungarian revolt.

After arrival in Berkeley, Charles worked in the Donner Laboratory on a project concerning the electrical conductivity of blood, for which a patent was later issued. Director John Lawrence introduced him to Wendell Latimer, dean of the College of Chemistry, who hired him as a member of the recently formed chemical engineering group.

Shortly after his arrival in Berkeley, and while living at International House, Charles met and married Marcia Rous. Three children, Carla, Eric, and Anthony, were born of the union, and the marriage ended only upon Marcia's death in 1981. The children have largely continued their father's tradition; both sons studied engineering, and they are currently engaged professionally in engineering and architecture, respectively. In 1982 Charles met and married Katalin Voros, an engineer presently employed by Berkeley's electrical engineering department, who shared much of his interest in semiconductors, and who brought her two daughters to the family, Eszti and Reka.

As the program in chemical engineering at Berkeley grew, Charles established a subprogram in electrochemical engineering under the aegis and encouragement of Dean Latimer. It quickly rose to prominence and world renown. Charles and his students led in the significant advances in the arena for over four decades. His early work on deposition of alkali and alkaline earth metals from nonaqueous solvents can be considered the genesis of current commercialization of lithium and lithium ion batteries. Among his other notable accomplishments one may mention the development of electrochemical techniques for measuring mass- and heat-transfer coefficients in free and forced convection, analysis of the effect of electrode resistance on local reaction rates, elucidation of the nature of conductivity in two-phase systems, introduction of computers for the calculation of current and potential distributions within electrolytic cells, and the use of interferometry and other optical methods as tools to study electrolytic mass-transfer processes in regions near electrode surfaces. The international reputation of the program attracted visits from such prominent scientists as Norbert Ibl (Switzerland), Benjamin Levich (Russia), Israel Epelboin (France), Roger Parsons (Britain), and Heinz Gerischer (Germany).

Recognition of Charles was widespread. He served at many levels, including that of president of the Electrochemical Society from 1970 to 1971 and of the International Society of Electrochemistry from 1977 to 1978. He became chair of the Department of Chemical Engineering and acting dean of the College of Chemistry. He was honorary member and fellow of the Electrochemical Society and was honored with the Acheson Award, the Henry B. Linford Award for Distinguished Teaching, and the Vittorio De Nora-Diamond-Shamrock Award. The American Institute of Chemical Engineers honored him with the Alpha Chi Sigma Award for research in chemical engineering and the Founder's Award. He held the W. N. Lacey Lectureship in Chemical Engineering at the California Insatiate of Technology in 1985. He was elected to the National Academy of Engineering in 1983, and at the time of his retirement in 1991 he received the Berkeley Citation for distinguished achievement and service to the University of California.

Charles was justifiably proud of the descendants on his academic family tree. After all, this is what allows his accomplishments and vision to be propagated into future generations. There were about thirty-two master's degrees and thirty-four doctoral dissertations carried out under his direction. In collaboration with his students, Charles was responsible for over 150 publications and patents.

Charles left behind an active electrochemical engineering program on campus as well as a significant on-going effort at the Lawrence Berkeley National Laboratory. His influence on the way electrochemical processes are approached will long be felt throughout the world.

He retired in 1991, the last year of mandatory retirement due to age, but maintained an active presence and interest in the affairs of the Electrochemical Society, the University, and the international community until his death. He will be sorely missed by many friends and colleagues who will remember him for his charm, sage advice, camaraderie, and wry humor over the years. 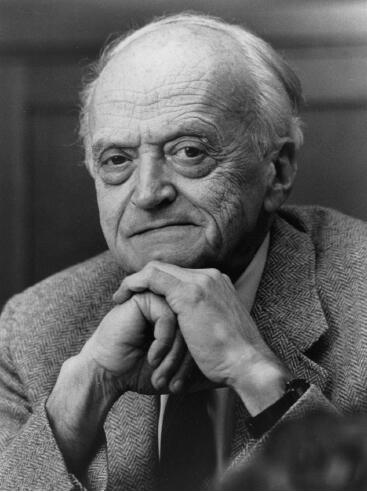