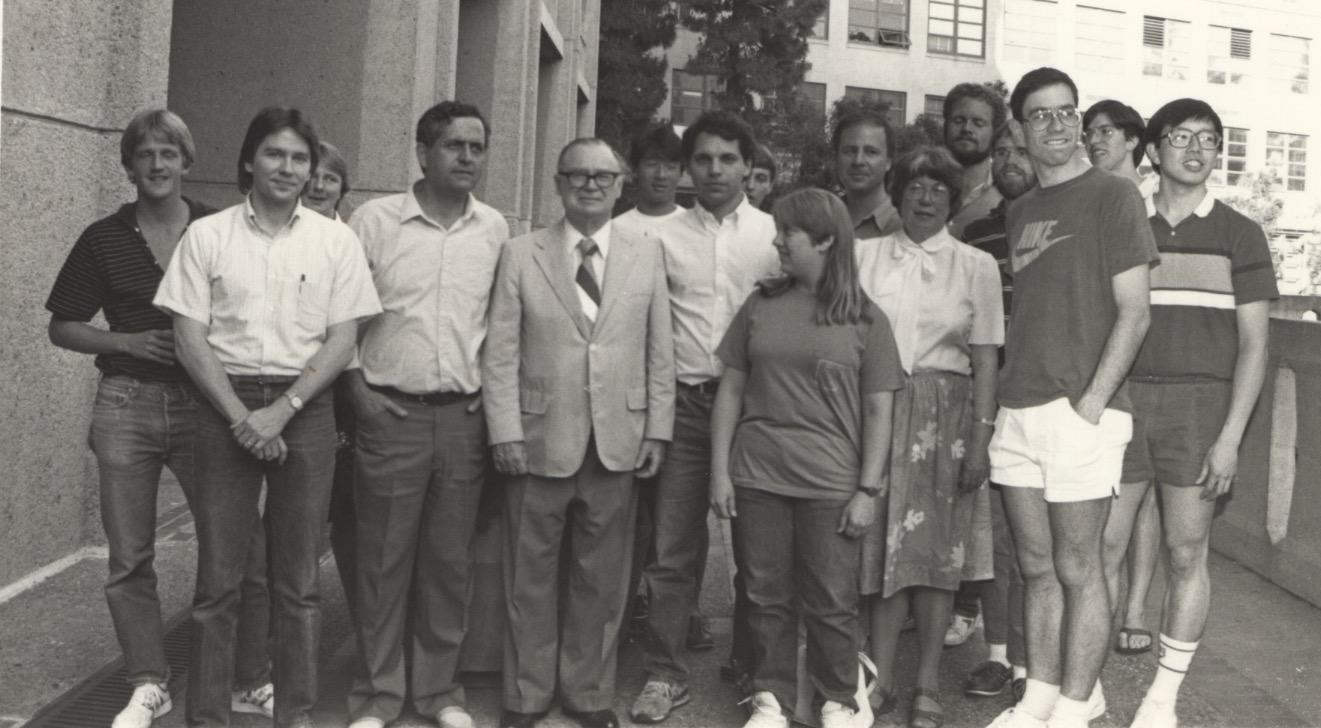 By John Prausnitz and Harvey Blanch

Charlie was born in Dayton, Ohio, February 4, 1917. He died at age 86 in Berkeley, October 2, 2003. Charlie obtained a B.S. degree in chemical engineering from the University of Dayton (1940) followed by a M.S. degree in physical chemistry from the State University of Washington (1942) and a Ph.D. in chemical engineering from the University of Wisconsin (1944). For one year (1944-45) he worked for the Union Oil Company of California, followed by one year (1945-46) as instructor in chemical engineering at the State University of Washington. In 1946, Charlie joined the faculty of the brand new Chemical Engineering Division in Berkeley’s College of Chemistry as instructor. He was promoted to assistant professor in 1947, associate professor in 1951 and professor in 1953. That same year, succeeding Theodore Vermeulen, Charlie became chair of the Chemical Engineering Division. In 1957, when that division became the Department of Chemical Engineering, Charlie was appointed department chair, a position he held until 1963.

Wilke was a superb chair, an outstanding department leader. He had a clear vision of where the department should go. It was during his years as chair that Berkeley chemical engineering quickly rose to prominence. In 1953, Berkeley chemical engineering was virtually unknown in the academic world. Ten years later, thanks to Charlie’s firm but gentle guidance, it had achieved an enviable worldwide reputation.

During these years, Charlie recruited some excellent young faculty who, along with the small original faculty of 1946, contributed much to the department’s success. During his chairmanship, Charlie hired four young chemical engineers who later were elected to the National Academy of Engineering. One of these later became vice president for academic affairs of the University of California and two of the four received the National Medal of Science.

Charlie served on a variety of professional committees of the American Institute of Chemical Engineers and was a member of California’s state board for certifying professional engineers. For several years he served as assistant to Berkeley’s vice chancellor for academic affairs. In 1969, he published an article entitled “How to Improve Education-Industry Relations”. For many years, he was a consultant to the Monsanto Chemical Company in St. Louis. 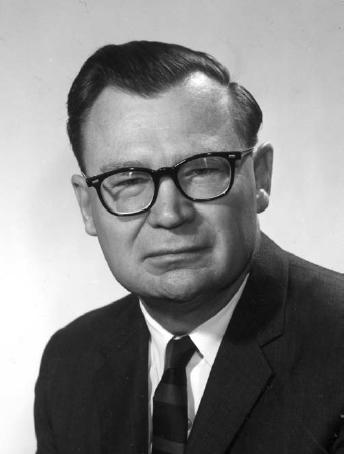 Charlie’s early studies in biotechnology were directed at understanding the role of mass transfer in bioreactors and determining the kinetics of enzymatic and microbial growth processes. As a result of the energy crisis in the early 1970s, Charlie turned his attention to the production of alcohol fuels from renewable resources. He pioneered effective approaches for the enzymatic hydrolysis of cellulosic materials, including wood, newsprint, rice straw, and corn stover. Charlie’s profound knowledge of mass transfer and separation processes was clearly apparent in the highly energy-efficient processes he developed for converting sugars into ethanol and other fuels. Today there is a resurgence of interest in renewable resources for fuels and chemicals; Charlie’s efforts, about 30 years ago, provide the foundation for these new activities.

The late 1970s saw the advent of a revolution in biology; recombinant DNA provided exciting opportunities to produce therapeutic proteins and to engineer enzymes for new applications. Cell-fusion technologies enabled monoclonal antibodies to be produced for use as exquisite separating agents and to target drugs. Charlie’s research turned to address these opportunities. Much of the engineering underpinnings for modern biotechnology were the result of Harvey Blanch’s and Charlie’s studies on mammalian cell cultures, enzyme technology and separation processes. Their graduate students were among the first engineers at new biotechnology companies and many entered academic positions, providing a new generation of biochemical engineers versed in modern biology as well as classical chemical engineering. These students have continued strongly to influence biotechnology research and development.

Consistently helpful, Charlie was an effective mentor to junior faculty. Always modest and calm, he nevertheless participated actively in numerous discussions at the College of Chemistry lunch table in The Faculty Club; in friendly but heated debates, Charlie would often make some incisive comment to bring the far-flung, ethereal exchange back to reality. Similarly, at the weekly departmental research colloquia, Charlie would politely ask the speaker where he expected to find application of his (often highly theoretical) work. Charlie was most effective in reminding students and faculty that they were members of a chemical ENGINEERING department.

Charlie Wilke and Bernice Arnett were married in 1946. Bernice, an elementary school teacher and principal, used her artistic talents to restore fine antique furniture and artifacts in the lovely Wilke home in El Cerrito with a panoramic view of San Francisco Bay. In her last 10 or so years, Bernice suffered from Alzheimer’s disease; Charlie’s devoted care of her for many years was inspiring. Bernice preceded Charlie in death by about six months.

During his college-student years, Charlie participated in a band where he played trombone. On rare occasions, at cocktail parties in his home, after two martinis, Charlie could be persuaded to play a few short tunes in the manner of Tommy Dorsey. In his early years at Berkeley, Charlie could be seen on the campus tennis courts and, throughout town, driving a flashy convertible.

In his later years, Charlie applied his talents of empirical engineering analysis to making financial investment decisions. In his home, he had a powerful computer toward that end. He applied mathematical analysis to optimize securities portfolios not only for himself but also for some pension funds and private clients. He was one of the first to publish articles on effective investment in the blossoming biotechnology industry.

Charlie retired at the end of the spring semester 1987. In recognition of his extraordinary achievements at Berkeley, Charlie was nominated for the Berkeley Citation. In his letter of nomination for that award, Charlie’s longtime colleague and collaborator, Professor Charles Tobias, wrote:

“I am writing in support of the nomination of Charles R. Wilke for the Berkeley Citation. Having joined the faculty of our department in 1947, I am well acquainted with Wilke’s teaching and research activities, his service to the University, and his work as a leader in the profession of Chemical Engineering. The record is unambiguous, the research accomplishments massive, and benefits of his influence lasting.

The significance of Wilke’s contributions to Mass Transport, a key component of the chemical engineering discipline, is beyond question. Characteristic of his work, done in part through collaboration with graduate student degree candidates, is incisive judgement and perspective in the choice of question addressed, solid scientific approach to the problem chosen, and lucid interest to a new field he helped to define: bio-chemical engineering. Specifically, he addressed the establishment of criteria by which microbial processes (fermentation) may be brought to the level of sophistication characteristic of modern chemical industry. His program became one of the leading efforts in the USA, a position maintained since then.

As a teacher on both the undergraduate and graduate level, Wilke played a role in devising our curriculum, initiating several of our undergraduate courses, and assisting young colleagues (myself included) in their first efforts. Early achievement of accreditation of the new program was especially remarkable, in view of our department being attached to the College of Chemistry, rather than to the College of Engineering.

During Wilke’s chairmanship, the Department evolved from a small group of faculty within Chemistry, into a major department, with comparable intellectual strength to the leading departments in the Country. The task of hiring new faculty, developing the curriculum, building teaching and research laboratories, attracting talented undergraduate and graduate students was achieved within a remarkably small number of years. Wilke set high standards for faculty and students as well as for himself. What was most remarkable, however, was the spirit of respect, of cooperation, and of mutual assistance, that characterized the emerging department. Wilke’s chairmanship set the pattern for our department ever since.

Throughout his career as a professor, and professional engineer, Wilke was called upon to serve in key positions within and outside the University. The number of Boards, Advisory Committees, Editorships he was asked to join attest to the high esteem in which he is held in academic and professional circles. Although a modest man, he was nevertheless recognized throughout his career by many honors.

Wilke served the Department, the University, and the profession of chemical engineering with equal distinction. It would be most appropriate to honor him with the Berkeley Citation.”

At the College of Chemistry graduation exercises in May 1988, Chancellor Heyman presented Charlie with the Berkeley Citation.