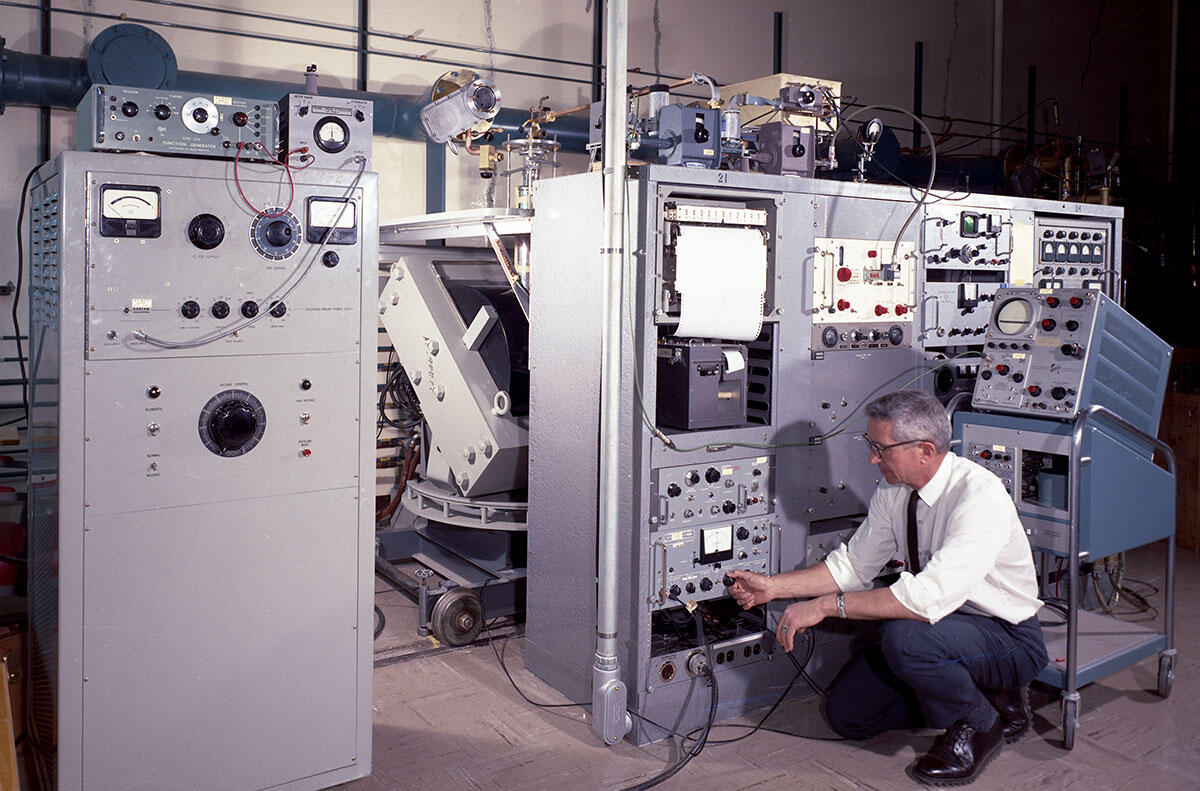 He was born in Springer, New Mexico, on February 16, 1912. After a brief career as Assistant Postmaster of Springer and a year as a student at the University of Southern California, in 1931 he came to Berkeley where he supported himself by various jobs in the Chemistry Department and elsewhere. He received the B.S. degree in Chemistry in 1935 and the Ph.D. in Biochemistry in 1940. His graduate work with Paul L. Kirk, and two postdoctoral years, involved him in microchemical analysis on problems of biological interest, including the metabolism of single cells of Paramecium caudatum.

His field of endeavor changed dramatically with his move to the wartime Metallurgical Laboratory of the University of Chicago in June, 1942. Here he immediately produced amazing results in the modern alchemical assignment of characterizing the chemical properties of the then-new synthetic element, plutonium, which was destined to play a decisive role in bringing World War II to an end. He achieved lasting fame as the man who, together with his co-worker, Louis B. Werner, was the first to isolate a visible quantity of a synthetic chemical element (August 20, 1942) and to weigh a pure compound of such an element (September 10, 1942). Using their own rapidly developed techniques of ultramicrochemistry, they purified microgram quantities of cyclotron-produced plutonium and accurately weighed a 2.77 microgram sample of the oxide on their homemade quartz fiber balance.

This quantitative chemistry on microscopic amounts of materials was the basis for all which followed, for, during the following two years, Cunningham and those working under his direction applied his ultramicrochemical techniques to determine the chemical properties of plutonium. This knowledge was required for its production in quantity at Hanford, Washington.

In addition, working at Chicago and then at Berkeley, where he returned as Assistant Professor of Chemistry in 1946, he and his coworkers were the first to isolate in weighable quantities the even heavier synthetic elements--americium, berkelium, californium, einsteinium, and his close co-workers were the first to isolate neptunium and curium. In the course of this and a tremendous output of beautiful ultramicrochemical work on these elements, he became the world's leading chemical investigator of the actinide elements and one of the foremost inorganic chemists of his time. He developed his techniques to such an astonishingly refined degree that he could conduct meaningful experiments with nanogram (10-9 gram) quantities of elements such as einsteinium when they first became available in very limited amounts.

Burris Cunningham, as a member of the Department of Chemistry, conducted his research on “the hill” at the Radiation Laboratory. Promoted to Associate Professor in 1948 and Professor in 1953 he was a great teacher, as his many graduate and post-graduate students, now spread all over the world, will attest. They have been devoted to him with a lifelong attachment and have continually come back to him for further information, advice, and encouragement. His laboratory became a mecca for actinide chemists, who brought his ingenious techniques back to their laboratories in this country and abroad.

His high scientific achievements were augmented by personal characteristics that especially endeared him to those of us who were privileged to count ourselves as his friends. He displayed a combination of unselfishness, kindness, thoughtfulness, and helpfulness that was unique. His generosity in giving of his time to others and keeping credit only for that work for which he was personally responsible was indeed remarkable. He was a tireless worker, had extraordinary skills, and was himself in the laboratory throughout his entire career.

His fatal illness appeared to come on him quite suddenly, although those close to him saw signs of increasing health problems over a period of many months. He became too ill to work in the middle of March, 1971 and was admitted to the hospital, where his condition grew progressively worse; he died on March 28, 1971.

He is survived by his wife, Juliana, and by his children Susan Mae (Mrs. Robert T. Moore), Bruce Jon, and Joseph Martin, and their mother Irene.