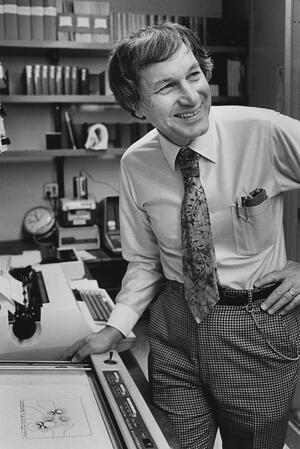 We are sorry to share the sad news that Andy Streitwieser, beloved colleague and professor emeritus of chemistry, passed away on February 23, 2022 at the age of 94.

Andy was born in Buffalo, New York in 1927. He attended Columbia College and then Columbia University, where he earned his Ph.D. in 1952 under the direction of William von Eggers Doering. He was a postdoctoral fellow in the laboratory of John D. Roberts at MIT. In 1952 he joined Berkeley as an instructor and then rose through the ranks to become a professor of chemistry. Andy retired in 1993 but remained active in the department as a professor of the graduate school.

Andy was a pioneer of molecular orbital theory and wrote a well-known organic chemistry textbook, Molecular Orbital Theory for Organic Chemists, which had a lasting impact on the field of physical organic chemistry. For his numerous original contributions to the field, he was honored with the ACS Award in Petroleum Chemistry (1967), the Alexander von Humboldt Medal (1979), the ACS James Flack Norris Award in Physical Organic Chemistry (1982), the ACS Cope Scholar Award (1989), the Berkeley Citation (1993), and the ACS Roger Adams Award in Organic Chemistry in 2009, among many other awards. In addition, he was a member of the National Academy of Sciences (1969) and the American Academy of Arts and Sciences (1977), and a fellow of the American Association for the Advancement of Science (1978).

On a personal note, Andy enjoyed opera, photography, fly-fishing (as the photo below with Clayton Heathcock attests), art, travel, books, the New York Times, football, good food and fine wine, a good discussion, and a good joke. Please join me in honoring this distinguished colleague. He will be greatly missed. 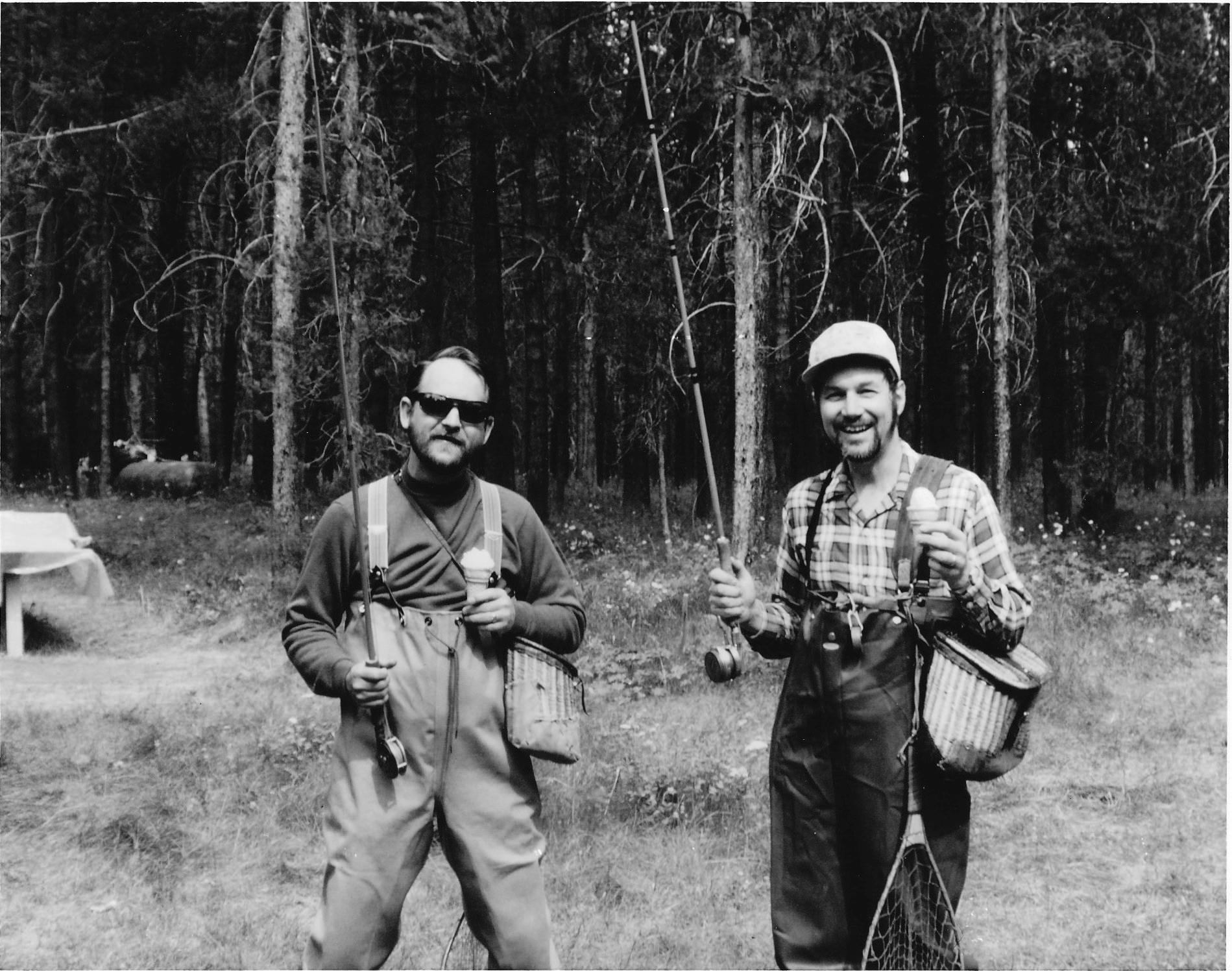 Clayton Heathcock and Andrew Streitwieser fly fishing at the Streitwieser summer home. They had returned from the Snake River and Sue Streitwieser had made the ice cream cones. (1970)