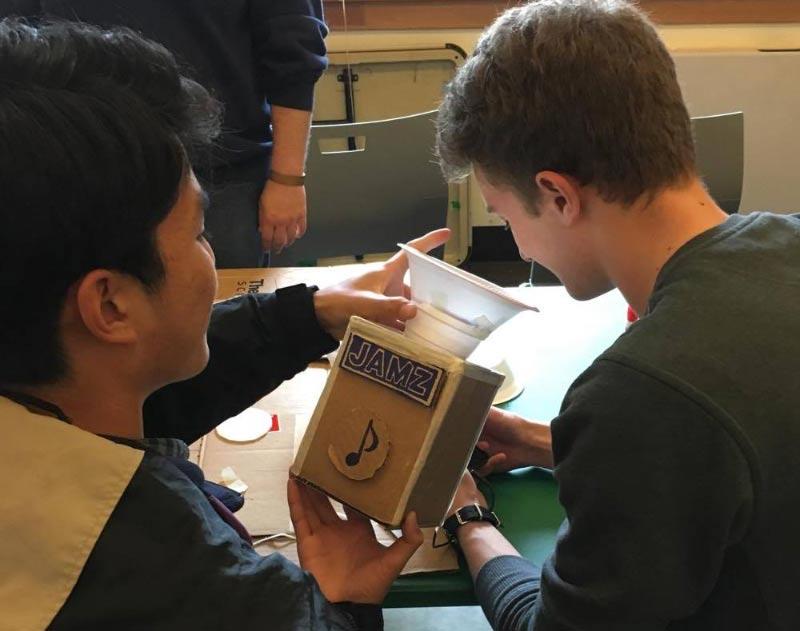 As a BEAM mentor looks on, two high-school students test a speaker they have built. The students learn that they can use the electric current from the earphone jack on their phone to generate a magnetic field. This field forces a cone to vibrate, reproducing the music stored on the phone.

Berkeley Engineers and Mentors (BEAM), a group of Berkeley students who teach and mentor local K-8 students with science and engineering activities and demonstrations, has been selected as the Zipcar 2016 “Students with Drive” Grand Prize Winner.

Through the Students with Drive grant program, which first launched in October 2011, Zipcar provides student organizations at eligible colleges and universities with free Zipcar memberships and driving credits to support their activities on campus and in their local communities.

BEAM will receive $5,000 in Zipcar credits and a $10,000 grant. In addition, the campus will receive a $10,000 contribution to its general scholarship fund. Says CBE undergrad and BEAM co-president Bernardo Gouveia, “We are extremely grateful for the people that voted for us, and we’re excited to put these new resources to use in enhancing BEAM’s reach in our community.”

Gouveia describes himself as a Carioca, a Brazilian expression for people from Rio de Janeiro. His parents met in Rio and his father worked in the oil industry as a geophysicist, so Gouveia, born in Colorado, bounced back and forth between the United States and Brazil as a child. His first two years of high school were spent in Houston, his last two at the The Escola Americana do Rio de Janeiro, an international high school.

Gouveia began working with younger students while in Rio.  “We had a program where local kids from Rocinha could come take English classes taught by high school volunteers. The hope was to give the kids a little advantage entering the job market” he says.

When he arrived at Berkeley as a freshman in the fall of 2013, he joined BEAM and has been active in the group since. BEAM is a student-run DeCal (Democratic Education at Cal) course, CBE 98/198. The class meets one evening per week on campus for lectures, discussions and hands-on trials of lesson plans. Volunteering at one school site per week is required.

“Since the DeCal was founded in 2008,” he says, “the number of members has grown from  about 20 to 85, and the number of school sites we visit for mentoring from less than 5 to 16. The Zipcar credits come in handy because we use Zipcars all the time to reach schools beyond walking distance.” 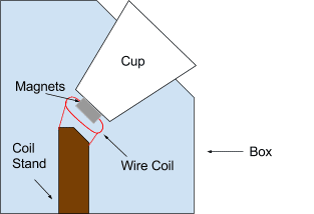 Recent BEAM lessons include stomp and bottle rockets, cryptography, magnetic speakers, and polymers. The final item is of special interest to Gouveia, who spent the past year working for the Berkeley startup Bolt Threads, which is perfecting bioengineered silk to create new fabrics.

Gouveia made the connection to Bolt Threads through CBE professor Susan Muller, who studies rheology, the branch of physics that deals with the deformation and flow of solids, liquids, and things in between. Her group focuses on viscoelastic flows, polymer dynamics and microfluidics. Muller is a consultant for Bolt Threads. “I owe her a lot,” Gouveia adds.

He will graduate in May 2017. Between now and then he will spend a final year with BEAM. “I’m excited to see how we can use the new funds to improve our curriculum and outreach,” he says. “BEAM has been a great experience for me. I’ve worked with students from all sorts of majors at Cal. You don’t have to be a scientist or engineer to make a difference in a kid’s life, so I encourage my fellow students to get involved with BEAM.”