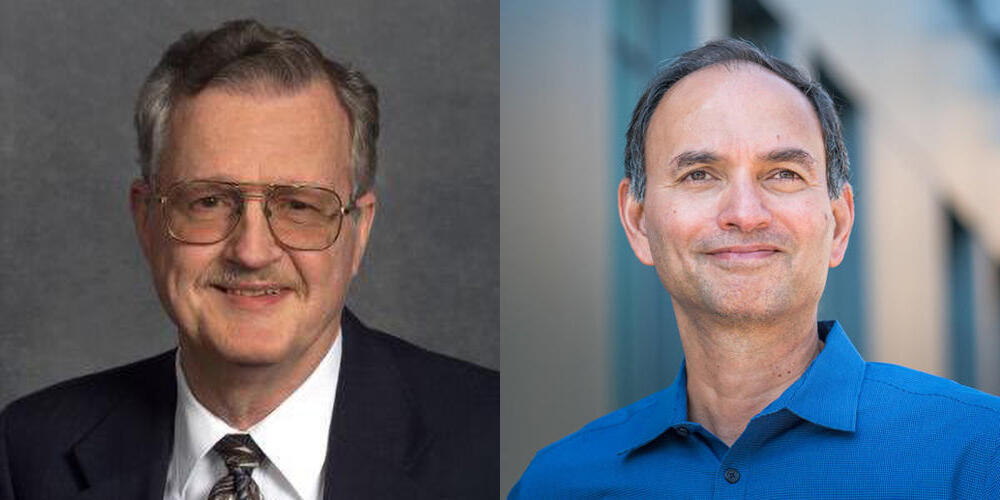 The long-anticipated fourth edition of Electrochemical Systems by John Newman and Nitash P. Balsara is now available.* The fourth edition updates all of the chapters, adds content on lithium battery electrolyte characterization and polymer electrolytes, and includes a new chapter on impedance spectroscopy. Topics covered include electrochemical theories as they relate to the understanding of electrochemical systems; the foundations of thermodynamics; chemical kinetics; transport phenomena including the electrical potential and charged specials; and how to apply electrochemical principles to systems analysis and mathematical modeling.

ECS thanks Drs. John Newman and Nitash Balsara, authors of Electrochemical Systems Fourth Edition, for generously speaking with us in December 2020.

The test of time

Mentorship is a two-way street

When asked when he thought a fifth edition would be needed, Newman replied, “When Nitash can get on it!”

John Newman, Professor Emeritus of Chemical and Biomolecular Engineering, lead author on all editions of Electrochemical Systems, has been Professor of Chemical Engineering at the University of California, Berkeley, since 1963. He is a Fellow of The Electrochemical Society and member of the National Academy of Engineering. Newman received the ECS Edward Goodrich Acheson Award (2010), ECS Olin-Palladium Medal (1991), ECS Henry B. Linford Award for Distinguished Teaching (1990), ECS Physical Electrochemistry Division David C. Grahame Award (1985), and ECS Young Authors’ Prizes in 1969 and 1966.

Nitash P. Balsara, the Charles W. Tobias Chair in Electrochemistry at the Department of Chemical and Biomolecular Engineering, University of California, Berkeley, where he has been a professor since 2000. A Fellow of the American Physical Society, he received the Charles M.A. Stine Award for Materials Engineering and Science from the American Institute of Chemical Engineers (2005), and the John H. Dillon Medal for Polymer Physics from the American Physical Society (1997).