The Holy Father has appointed as a member of the Pontifical Academy of Sciences (PAS) Susan Solomon (Ph.D. '81, Chem), the Lee and Geraldine Martin Professor of Environmental Studies Susan Solomon at MIT.

Her name is linked to research that has produced important findings on the causes of the hole in the Antarctic ozone layer.

She is best known for having both pioneered the theory explaining how and why the ozone hole occurs in Antarctica and obtaining some of the first chemical measurements establishing manmade chlorofluorocarbons (CFCs) as its cause, according to her biography in the National Women’s Hall of Fame.

Solomon forged an early interest in science while watching such shows as The Undersea World of Jacques Cousteau. By high school, she directed her focus toward atmospheric science after placing in a national science contest. Her project measured the amount of oxygen in various gaseous mixtures. After receiving her bachelor’s degree in chemistry from the Illinois Institute of Technology, Solomon earned her doctorate at the University of California at Berkeley. In 1981, she began working at the National Oceanic and Atmospheric Administration in Boulder, Colorado. She is now the Ellen Swallow Richards Professor of Atmospheric Chemistry and Climate Science at MIT. 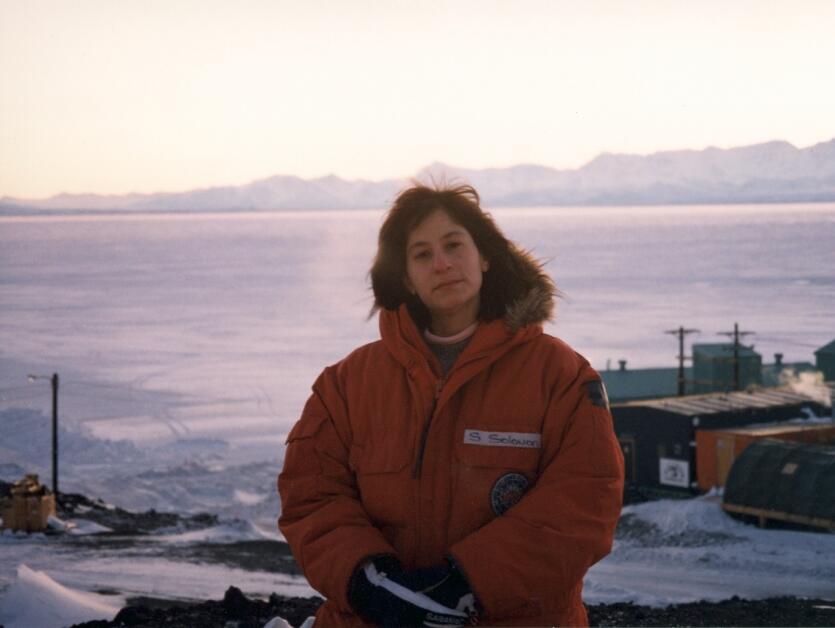 In 1986 and 1987, Solomon led expeditions to Antarctica, observing that levels of chlorine dioxide were one hundred times greater than predicted. This was the first direct evidence that pointed to chlorine chemistry as the cause of the Antarctic ozone hole. Solomon received the National Medal of Science in 1999 in chemistry for “her key scientific insights in explaining the cause of the Antarctic ozone hole and for advancing the understanding of the global ozone layer; for changing the direction of ozone research through her findings; and for exemplary service to worldwide public policy decisions and to the American public.”

Her current research includes climate change, ozone depletion, and the links between them. She served as co-chair of Working Group 1 of the Intergovernmental Panel on Climate Change (IPCC) from 2002-2008. The IPCC provides comprehensive scientific assessments of climate change for the public and for policymakers. The organization shared the Nobel Peace Prize with Albert Gore, Jr. in 2007.

Solomon has received numerous other awards in recognition of her work, including the Blue Planet Prize from the Asahi Foundation in Japan, the Carl-Gustaf Rossby Medal from the American Meteorological Society, and the William Bowie Medal from the American Geophysical Union. Antarctica’s Solomon Glacier and Solomon Saddle were named in honor of her research.