Alumna Margaret Chu-Moyer in the news 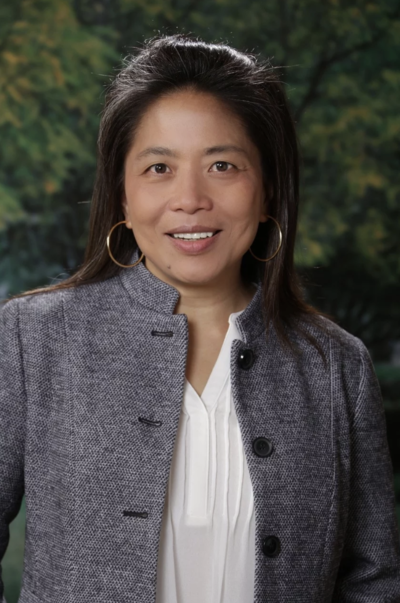 For decades, whenever anyone in oncology research mentioned the cancer target KRAS, it was usually accompanied by the unfortunate term “undruggable.” But where others saw only impossibility, chemist Margaret Chu-Moyer (B.S. '87 Chem; Ph.D. '89, Chem at Yale), a member of the Advisory Board of the College of Chemistry, spotted a big opportunity for Amgen, the company she joined in 2009 after working for 16 years at Pfizer.

When Chu-Moyer was tapped to head up the research and chemistry groups across Amgen’s three U.S. R&D sites in 2014, she knew she would have to make some changes for the company to succeed in bringing a KRAS inhibitor into clinical trials, along with other novel treatments for cancer, cardiovascular disease and neurological disorders. For one, she needed to improve the collaboration between scientists who had different areas of expertise—and who lived and worked in different zip codes.

“We wanted to achieve excellence in medicinal chemistry,” Chu-Moyer says. That meant putting researchers from Amgen’s site in Cambridge, Massachusetts, together with scientists from South San Francisco and Thousand Oaks, California, and establishing goals for them to achieve together: “We clearly articulated that we would be one chemistry group.” And her group started meeting regularly with scientists from other disciplines in the company, like safety and pharmacokinetics, to review Amgen’s entire small-molecule portfolio.

Then Chu-Moyer set about establishing priorities for her newly integrated group—one of which was to discover a small-molecule KRAS inhibitor that could become a marketable drug within five to eight years. Amgen could very well meet that goal with AMG 510, the KRAS G12C inhibitor discovered by Chu-Moyer’s group that’s currently in phase 1 testing to treat a variety of solid tumors.

In June 2019, AMG 510 became the first KRAS inhibitor to post clinical data, with the news that it stopped tumor growth or caused shrinkage in 90% of non-small cell lung cancer (NSCLC) patients. In September, Amgen generated even more excitement, releasing data showing that the highest dose of AMG 510 kept cancer from progressing in 100% of NSCLC patients in the phase 1 trial, and that tumors shrank in more than half of them.

Achievements like AMG 510 involved more than just improving internal teamwork, however, Chu-Moyer says. Her group needed to look outside Amgen’s walls for technology that could help speed up the search for novel molecules.

In the case of AMG 510, Chu-Moyer says, “we were creating small libraries, on the order of hundreds, to try to figure out what we could possibly do to drug this target, and we were finding some hits.” But they weren’t entirely confident they would make suitable drugs, so they went looking for a company with the technology to create a much bigger library of candidates.

That led Amgen to Carmot Therapeutics, a company in Berkeley, California, that uses a proprietary system called “chemotype evolution” to identify drug candidates. “This technology could create libraries on the order of tens of thousands. When we put our knowledge together with what they could do, we got to 60,000 or so druglike molecules” targeting KRAS, Chu-Moyer says. “That eventually gave us AMG 510.” Amgen extended its relationship with Carmot in 2017 to identify drugs in other therapeutic areas, including Parkinson’s disease.

Another priority for Chu-Moyer is to build the expertise of everyone on her staff in the complexities of turning chemical discoveries into drugs. Toward that end, she created the Amgen School of Medicinal Chemistry, a two-day course meant to arm the company’s new scientists with the skills they need to generate better drug candidates.

“We are all hired as synthetic organic chemists. That means we know how to make a molecule,” Chu-Moyer says. “The question is, what molecule to do you actually want to make? Medicinal chemistry requires understanding the biology of structure-based design, and basic concepts of drug metabolism and safety.”

Since Chu-Moyer joined Amgen, her group has generated more than 25 novel drug candidates, not only in oncology but also in neurology and cardiovascular disease. They include the APJ agonist AMG 986 and AMG 594, a troponin activator, both to treat heart failure. “We’ve been working on mechanisms that capitalize on the biology we have learned,” she says. “We are very excited about our cardiovascular portfolio.”

When Chu-Moyer left Pfizer, Amgen was still building its small-molecule drug-discovery expertise—an attractive opportunity to get in on the ground floor of something she felt she could help shape. “Pfizer, having that long history in small molecules, really helped me establish what I thought might be important for Amgen,” Chu-Moyer says. “The opportunity to marry Amgen’s structural-design heritage with my knowledge of how to design drugs with good pharmaceutical properties was very appealing to me.”