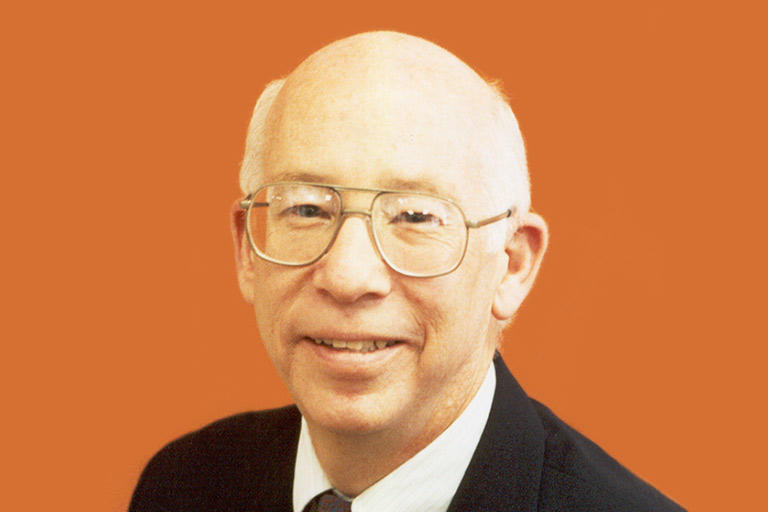 Organic and Inorganic Chemistry: Synthesis and Reaction Mechanisms — New organic, inorganic and organotransition metal compounds are being synthesized. These materials are used to develop and study new chemical reactions and the reactive intermediates involved in these transformations, and to explore applications in homogeneous catalysis, supramolecular chemistry and organic synthesis.

Since transitioning to Emeritus status, Professor Bergman has closed his own laboratory but has continued to teach and to do research in collaboration with other chemistry colleagues. Professor Bergman’s research career has focused on utilizing a range of chemical techniques to discover new chemical reactions, determine how those reactions work, and apply that understanding to their application in catalysis and organic synthesis. Professor Bergman's group generated and studied reactive organometallic intermediates capable of undergoing intermolecular oxidative addition with the normally inert C-H bonds in alkanes and other organic molecules. This process holds potential for converting alkanes into functionalized organic molecules such as alkenes and alcohols. Solution mechanistic studies, as well as flash kinetic experiments carried out in collaboration with the C. B. Moore and C. B. Harris groups, identified alkane-metal complexes as intermediates in many of these reactions. In collaborations with the with the J. A. Ellman group, formerly at Berkeley and subsequently at Yale University, C-H activating reactions were used to develop new catalytic intra- and intermolecular carbon-carbon bond-forming reactions, some of which are enantioselective. Another area of investigation, currently being pursued in collaboration with John Arnold and his group, involves the study of organometallic complexes having metal-oxygen -and metal-nitrogen bonds to obtain information about the mechanisms of metal-mediated oxidation and amination processes. Some of the compounds prepared in these projects have been utilized to develop homogeneous catalysts for new carbon-hydrogen and carbon-heteroatom bond-forming processes. Finally, a collaborative project with the K. N. Raymond and F. D. Toste groups has identified highly selective organic and organometallic transformations that can be carried out in the sterically confined cavities of self-assembled nanovessels, in some cases with levels of rate acceleration that allow the encapsulated reactions to be performed catalytically.

In addition to his research activities, Professor Bergman continues to teach (primarily the first-year graduate course in physical organic chemistry). He is also involved in advising and sponsoring educational and outreach programs, such as the Science Leadership and Management (SLAM) seminar and the Bay Area Scientists in Schools (BASIS) program that arranges for graduate students to make science presentations in local elementary and middle schools in cooperation with the small Berkeley nonprofit Community Resources for Science (CRS).