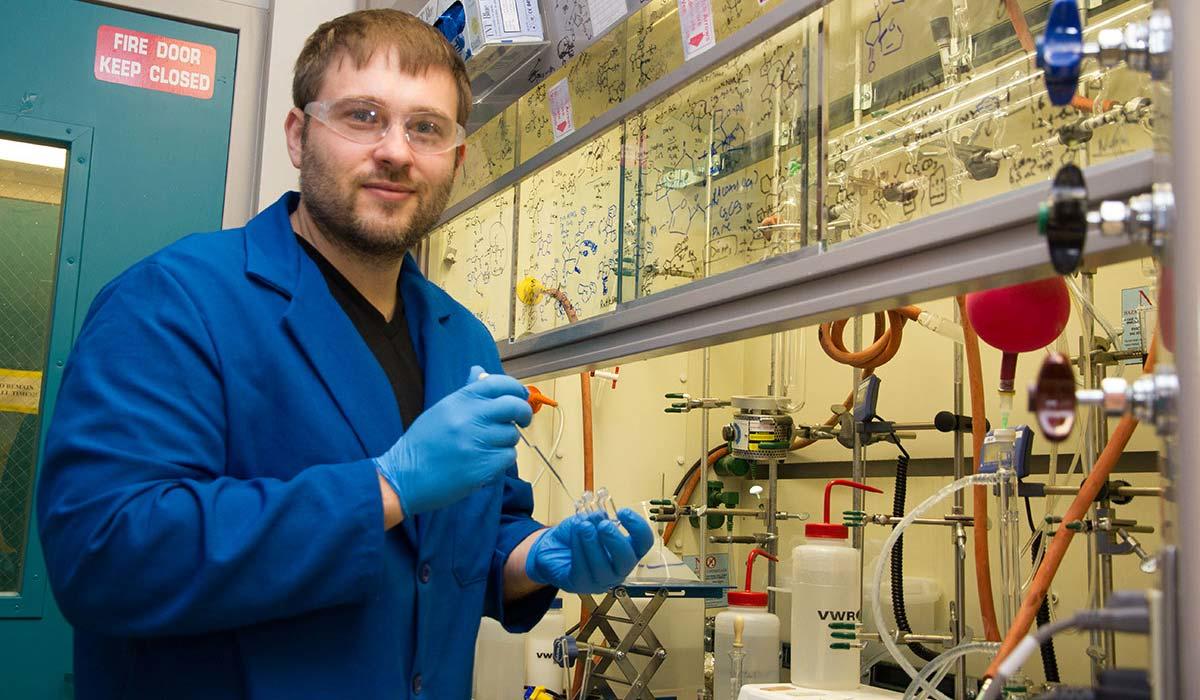 Chemistry professor Thomas Maimone has won a NSF Career award. In addition, he has been named one of 24 Cottrell Scholars for 2016 by the Research Corporation for Science Advancement (RCSA).

With his NSF funding, Maimone will apply organic synthetic tools to develop rapid and efficient syntheses of molecular structures in a family of natural product called polycyclic polyprenylated acylphloroglucinols. Members of this family are protective of neurons and have potential use for the treatment of neurodegenerative conditions such as Alzheimer's disease.

Maimone has also been named a Cottrell Scholar for 2016. The designation comes with a $100,000 award. The Cottrell Scholar program champions the best early-career scholars in chemistry, physics and astronomy by providing discretionary awards for research.

The Research Corporation for Science Advancement was founded in 1912 by Frederick Cottrell, a Berkeley chemistry professor from 1902–11. Cottrell is renowned for inventing the electrostatic precipitator, which removed particulates from exhaust gas of power plants and other sources. It significantly reduced industrial air pollution in the early 20th century. Through the Research Corporation, Cottrell used the profits from the sales of his invention to support scientific research.

Today, Research Corporation remains an active philanthropic organization. Over the years, it has supported the work of over 18,000 scientists, 40 of whom have received Nobel Prizes. Many others have made discoveries and contributed to the body of science.

A big step toward ‘green’ ammonia and a ‘greener’ fertilizer
END_OF_DOCUMENT_TOKEN_TO_BE_REPLACED