Emerita chemistry professor Judith Klinman has won the 2015 Mildred Cohn Award in Biological Chemistry. The award will be presented by the American Society for Biochemistry and Molecular Biology (ASBMB) at the society’s next annual meeting, March 28 – April 1, 2015, at the Boston Convention and Exhibition Center, Boston, MA.

The Mildred Cohn Award in Biological Chemistry was established to honor the pioneering scientific accomplishments and the spirit of Cohn, the first female president of the society. The award recognizes and honors scientists at all stages of their careers who have made substantial advances in understanding biological chemistry using innovative physical approaches.

“Mildred was an exceptional scientist and colleague,” says Klinman. “Her contributions to science continued unabated over a very long period of time. Beginning with her Ph.D. studies with Harold Urey at Columbia, Mildred exploited the use of isotopes in her pursuit of understanding both enzyme mechanism and cellular metabolism.”

Klinman’s research is concerned with the nature of enzyme catalysis, especially the enzyme-mediated reactions of aerobic metabolism. The award includes $5,000 and travel expenses to the ASBMB annual meeting to present the Mildred Cohn Award lecture. Adds Klinman, “This award means a lot to me, as Mildred Cohn was both friend and mentor.”

Founded in 1906, ASBMB is a nonprofit scientific and educational organization with more than 12,000 members. The award was first given in 2013. The first two recipients were Berkeley professor of chemistry and molecular and cell biology Jennifer Doudna (2013) and Lila Gierasch of Harvard University (2014). 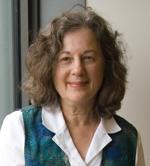