Chemistry professor Heino Nitsche died unexpectedly and peacefully in his sleep at his home in Oakland early in the morning of Tuesday, July 15. He was 64 years old.

Nitsche was born July 24, 1949, in Munich, Germany. Born four years after the end of World War II, Nitsche came of age as the success of the Marshall Plan was helping to lift Europe out of its post-war poverty. His mother was a homemaker and his father an electrical engineer who worked for Rohde and Schwarz, an electronic instrumentation company that is still headquartered in Munich.

Nitsche attended high school at the Luitpold Gymnasium in Munich and graduated in the spring of 1968. At first Nitsche enrolled in a university close to home, the Universität Erlangen Nürnberg, about 100 miles to the north of Munich.

He transferred to the Freie Universität Berlin in the spring of 1969, bringing with him the interest in chemistry he had developed the previous semester. Nitsche completed his chemistry B.S. in 1976.

As a graduate student, Nitsche studied nuclear chemistry and electrochemistry and performed experiments on the conductivity of uranium. He wrote his dissertation on the transference numbers of neptunium in less than four years and earned his Ph.D. in 1980.

In September 1980, Nitsche arrived at Lawrence Berkeley National Laboratory for a one-year staff scientist appointment. Nitsche’s stay at LBNL lasted much longer than he expected. By 1984 he was a lab investigator with his own research group. Nitsche’s early research focused on the environmental chemistry of actinides but later grew to include the search for new heavy elements.

In 1989 the Berlin Wall came down, leading to Germany’s reunification. That year was prominent for Nitsche for another reason—that year he married Martha Boccalini. Four years later, in 1993, the couple left Berkeley and moved to Germany, where Nitsche had a new appointment as the head of Forschungszentrum Dresden-Rossendorf (Dresden-Rossendorf Research Center).

Nitsche assumed the directorship of the center’s Institute of Radiochemistry. He also became a full professor of radiochemistry at the Technische Universität, Dresden, now the largest technical university in Germany.

Nitsche and his wife stayed for five years. In 1998 he was lured back to Berkeley by an offer to become a full professor in the Department of Chemistry, a senior research scientist at LBNL and the founding director of LBNL’s new Glenn T. Seaborg Center.

At LBNL, Nitsche continued his research on the heaviest elements, their chemical properties and how they fit into the periodic table. He also led the Heavy Element Nuclear and Radiochemistry Group. Along with collaborators at LBNL and Europe, Nitsche confirmed the existence of element 114, first synthesized by researchers in Dubna, Russia.

When his other responsibilities did not dominate his schedule, Nitsche continued his research collaborations in Europe, Japan, China and other parts of the globe. He often traveled to the GSI Helmholtz Center for Heavy Ion Research in Darmstadt, Germany, where he recently helped confirm the existence of element 117. The team included several of his former students and LBNL colleagues.

Nitsche was a dynamic presence at the College of Chemistry. He often taught Chem 1A and sometimes taught both of the lecture sections during the spring semester. He was one of the main organizers of the symposium honoring the 100th Birthday of Glenn T. Seaborg on April 19, 2012.

In 2014 Nitsche won the Hevesy Medal, the premier international award of excellence honoring outstanding achievements in radioanalytical and nuclear chemistry.

Upon learning of Nitsche’s death, College of Chemistry Dean Douglas Clark said, “Like many in the college, I was filled with tremendous sadness when I heard that Heino had died. He was just a few days from this 65th birthday. We are all mourning the loss of a great colleague.”

Nitsche is survived by his wife, Martha Boccalini; his older brother Gero, a retired food industry chemist in Munich; Gero's two married sons; and several grand-nieces and grand-nephews. The college will provide information about any plans for a memorial service when it becomes available. 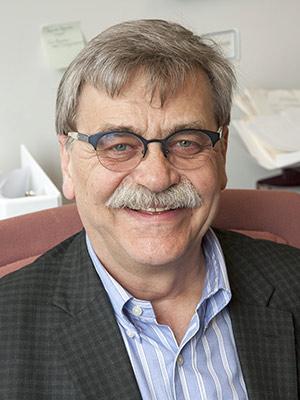