Justin Lomont, a graduate student in the research group of Charles Harris, has been awarded a K. Patricia Cross Future Leaders Award from the Association of American Colleges and Universities.

The award recognizes graduate students who show exemplary promise as future leaders in higher education, who demonstrate a commitment to developing academic and civic responsibility in themselves and others, and whose work reflects a strong emphasis on teaching and learning.

Throughout his academic career Lomont has devoted significant efforts to his work in science education, including working with educational outreach programs, developing new classroom laboratory experiments, and completing his undergraduate thesis in chemistry education at the University of Michigan. At Berkeley, Lomont earned an Outstanding Graduate Student Instructor award for his teaching.

Lomont is also a recipient of a National Science Foundation graduate research fellowship, and his research in physical chemistry has been published in peer-reviewed journals and presented at conferences in the U.S. and abroad. He has worked as a visiting researcher at Peking University in Beijing, China, and he helped to run a research exchange program between universities in Beijing and colleges and universities around the U.S.

The Future Leaders awards honor the work of K. Patricia Cross, Professor Emerita of Higher Education at the University of California, Berkeley. Cross is the author of seven books on classroom teaching, learning, and assessment.

The Association of American Colleges and Universities is the leading national association concerned with the quality, vitality and public standing of undergraduate liberal education. Founded in 1915, the association now comprises nearly 1,300 member institutions. 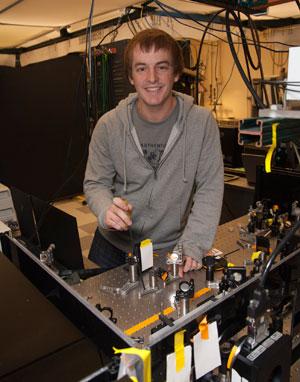