Emeritus chemistry and CBE professor Jean Fréchet, a Professor of the Graduate School, has received a 2013 Japan Prize, one of the most prestigious international awards in science and technology.

Fréchet won the Japan Prize in Materials and Production jointly with UT Austin chemistry professor C. Grant Willson for their development of chemically amplified resist polymer materials for semiconductor manufacturing. Fréchet and Willson were honored for their work, which has significantly contributed to the development of our modern information society.

These prizes reward those who have made a substantial contribution to the advancement of science and technology as well as to peace and prosperity of mankind. The award includes a certificate of recognition and a commemorative gold medal. A cash award of 50 million Japanese yen (approximately $560,000) is also given in each field.

Fréchet was born in France and received his first university degree at the Institut de Chimie et Physique Industrielles (now CPE) in Lyon, before coming to the United States for graduate studies in organic and polymer chemistry at the State University of New York, College of Forestry, and at Syracuse University.

While at Berkeley, Fréchet was also a senior scientist at the Lawrence Berkeley National Laboratory and served as a scientific director at LBNL’s Molecular Foundry.

In 2010 Fréchet became the vice president for research at King Abdullah University of Science and Technology (KAUST), Saudi Arabia. As a Berkeley emeritus professor and Professor of the Graduate School, he maintains an active research lab in Latimer Hall.

Fréchet and Willson began working together at the IBM San Jose Research Center in 1979, when Fréchet was a visiting scientist on a sabbatical leave from the University of Ottawa and Willson was a manager at the San Jose center.

At the time, semiconductor manufacturers were approaching the limits of the existing lithography processes and resist materials. Together with the late Hiroshi Ito, Fréchet and Willson invented chemically amplified resists that helped the fabrication of even smaller microstructures. These materials are now used to manufacture nearly all of the microprocessors and memory chips that are the heart of personal computers, mobile phones and many other electronic devices. 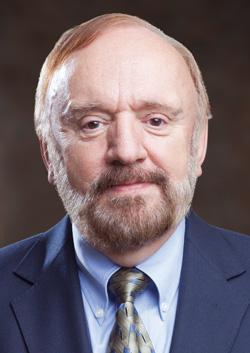