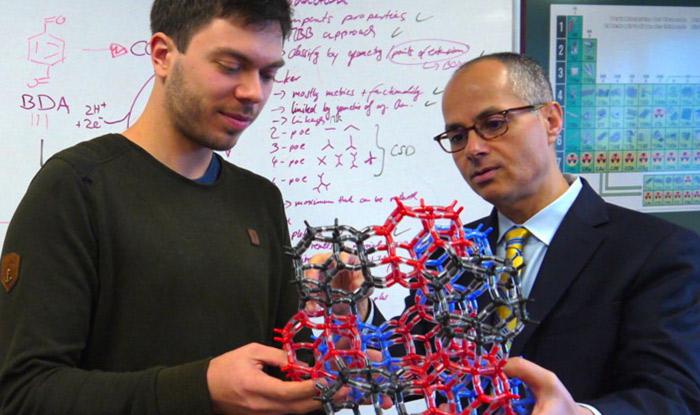 Berkeley chemistry professor Omar Yaghi and grad student Christian Diercks have paid homage to a critical G.N. Lewis paper a century after its publication. Writing in the March 3 issue of Science magazine, the authors extend Lewis’s 1916 analysis in “The Atom and the Molecule” to covalent-organic frameworks.

Among the first things that all students learn in chemistry is the Lewis dot structure of atoms and molecules. Says Yaghi, “The significance of Lewis’s legendary formulation of covalent bonds as dot diagrams continues to have an effect on every student and researcher of chemistry.” 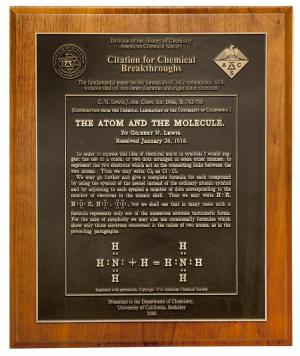 Nobel Laureate Roald Hoffman noted in 1993, “Organic chemists are masterful at exercising control in zero dimensions. One subculture of organic chemists has learned to exercise control in one dimension. These are polymer chemists, the chain builders.… But in two or three dimensions, it’s a synthetic wasteland.”

In their review, Diercks and Yaghi outline the intellectual basis of designing COFs and synthesizing them as crystalline porous materials. They discuss how the ultra-high porosity of these materials can make them useful in organic catalysis, as two-dimensional electronics and as luminescent materials. In addition, these organic frameworks show promise for capturing carbon dioxide from power plants and converting it to fuels and high-value chemicals.

In memoriam: Willard B. Rising
END_OF_DOCUMENT_TOKEN_TO_BE_REPLACED