May 19, 2015
by Michael Barnes, College of Chemistry Editor 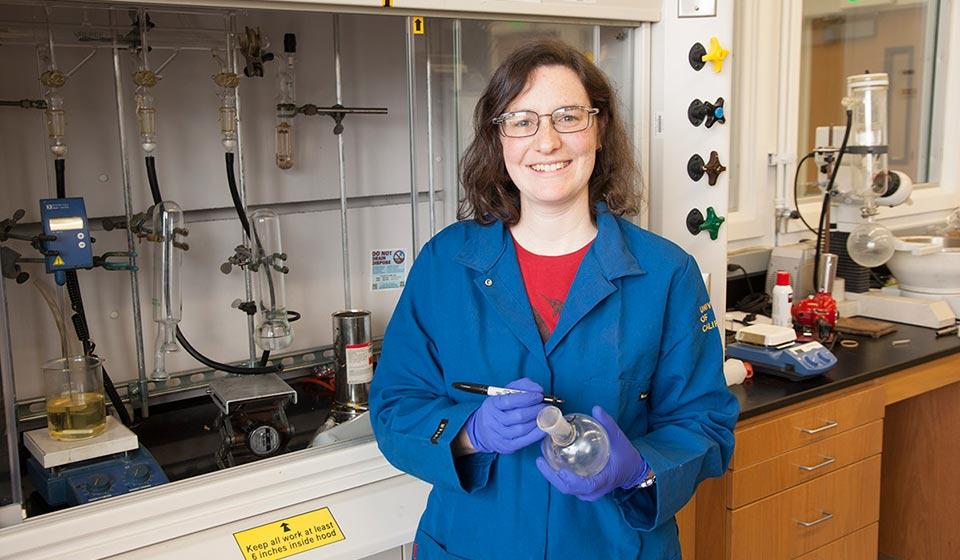 Chemistry graduate student Leah Rubin Shen will finish her Ph.D. this summer and then head to Washington, DC, for a one-year adventure as one of two American Chemical Society Congressional Fellows.

The ACS program places two fellows each year as staff members in the office of a senator, representative or committee. It is part of a broader effort administered by the American Association for the Advancement of Science (AAAS) that puts more than 30 scientists each year in Congress. The program provides policy-makers with high-quality information on science-related issues and in turn educates scientists on how government works.

Following their selection, the fellows travel to Washington, DC, in September and participate in a comprehensive orientation program before beginning their fellowships. AAAS also conducts a professional development program throughout the year.

Rubin Shen was born in 1983 in Mountain View, CA, and was raised in nearby Santa Cruz. She attended Case Western Reserve University of Cleveland, OH, where she double- majored in chemistry and music, earning her B.A. in 2005.

After earning her B.A. she worked for eighteen months for BASF in Beachwood, OH, where she studied additives for making concrete construction more durable when subjected to freezing and thawing. From Ohio she moved to a small village in the African country of Namibia, where for two years she taught as a Peace Corps volunteer.

“Teaching science in a small village community,” she says, “I had the satisfaction of knowing that, if only in a small way, I was working toward making the world a better place. I wanted to find a chemistry program that would give me the tools to keep doing that.

“In Namibia, I did have a functioning cell phone and access to internet cafes, modern conveniences that have made life for Peace Corps volunteers much easier. I was able to research different Ph.D. programs and apply online.”

Her timing was good—she learned that the College of Chemistry was starting a green chemistry program, she applied and was accepted, and came to Berkeley in the fall of 2010 to join the research group of John Arnold.

At the capitol, Rubin Shen will have an ally in Tim Brown, the other newly appointed ACS fellow, who currently works at the Pesticide Research Institute in Berkeley. Brown earned his chemistry Ph.D. at Duke University.

Like many chemists, Rubin Shen enjoys working with her hands at tasks that require fine motor skills. She worries that she’ll miss working at the bench. But, she says, “With my Ph.D. degree, I’ll have extra credibility on chemistry policy issues. With reform of the antiquated Toxic Substances Control Act on the agenda in DC, I hope to bring some additional green chemistry perspective to the debates.”