Frances H. Arnold, who earned her ChemE Ph.D. at Berkeley in 1985 with Harvey Blanch, has been named one of 11 recipients of the 2011 National Medal of Technology and Innovation.

Arnold, who is the Dick and Barbara Dickinson Professor of Chemical Engineering, Bioengineering, and Biochemistry at Caltech in Pasadena, CA, pioneered methods of "directed evolution." In a process akin to breeding by artificial selection, directed evolution uses mutation and screening to optimize the amino-acid sequence of a protein and give it new capabilities or improve its performance.This technique is now widely used to create biological catalysts for use in industrial processes, including the production of fuels and chemicals from renewable resources.

Arnold says her work is strongly motivated by a desire to find ways to produce fuels that can help lower carbon dioxide emissions. "I would like my children to grow up in a world that is even better than the one that I grew up in," she says. "For that to happen, we have to stop wasting precious resources and learn to live in a sustainable fashion. Biology can and should be one of the solutions."

The National Medal of Technology and Innovation was established by Congress in 1980, and complements the older National Medal of Science. The U.S. Department of Commerce's Patent and Trademark Office administers the medal on behalf of the White House.

"I am proud to honor these inspiring American innovators," said President Barack Obama. "They represent the ingenuity and imagination that has made this nation great—and they remind us of the enormous impact a few good ideas can have when these creative qualities are unleashed in an entrepreneurial environment."

Arnold and her fellow medal recipients will receive their awards at a White House ceremony in early 2013. 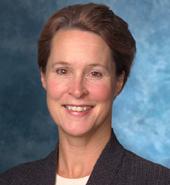