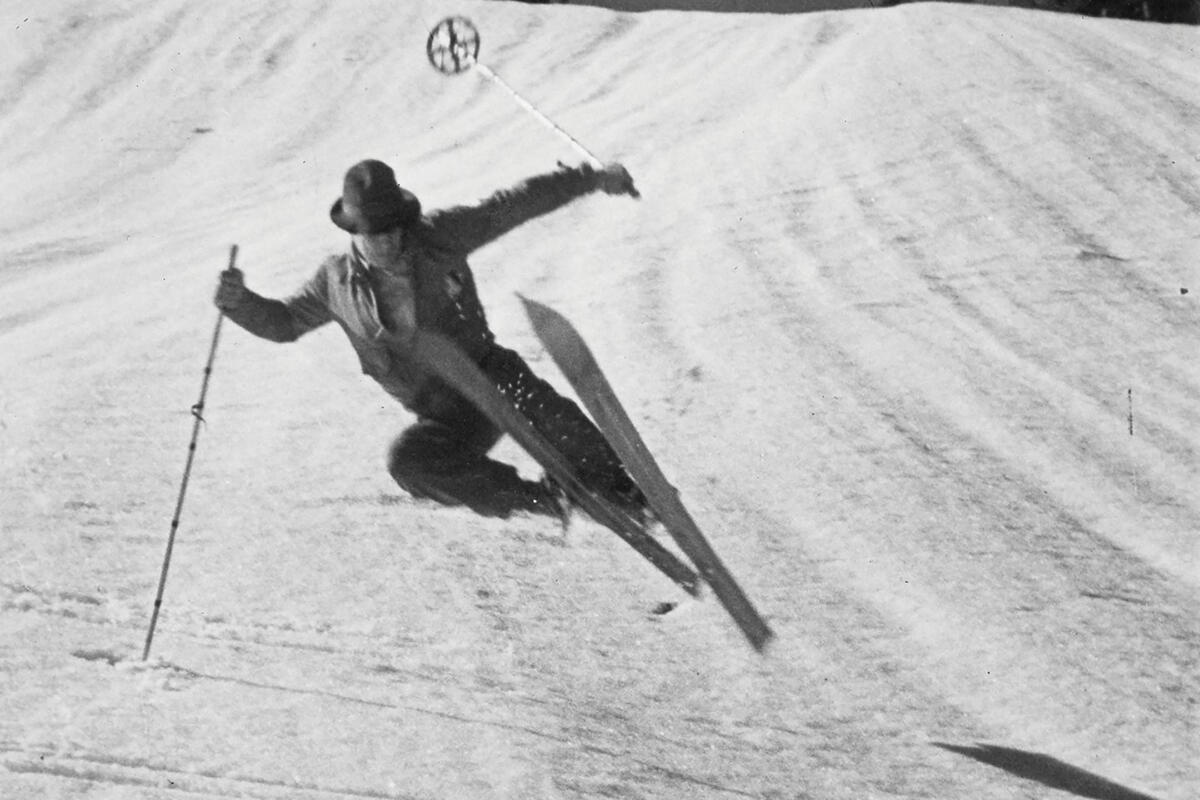 Joel Hildebrand, a legendary chemistry professor from 1913 to 1952 and expert skier. Photo 1935, courtesy of the Hildebrand family.

There’s something transcendent about skiing — not just in the freedom of gliding through the air, but in the pursuit of courage and beauty, the face-off with fear, and the proficiency that comes with practice. Joel Hildebrand (pictured) must have understood this as the U.S. ski team manager for the 1936 Winter Olympics in Germany. He was also the distinguished physical chemist for whom the College of Chemistry’s library is named, and a legendary professor from 1913 to 1952 who helped generations of Berkeley students achieve liftoff.

Hildebrand is one of countless people in the college’s 150-year history whose discoveries have transcended boundaries. Among the college’s breakthroughs are 16 new elements… pioneering findings in nuclear medicine… early innovations that led to the lithium-battery technology that powers our world and is crucial to developing clean energy… a life-saving malaria drug… the discovery of photosynthesis… the ability to turn atmospheric moisture into drinkable water… and CRISPR, the gene editing tool that has the potential to revolutionize medicine and other fields.

Chemistry’s past has set a high bar. Its sesquicentennial in 2022 is an invitation to jump higher, starting with a major effort to build a new research and teaching facility — Heathcock Hall, named for professor emeritus Clayton Heathcock. “It’s transformative when a scientist occupies a laboratory that is filled with the best materials, reagents, and equipment so that they can pursue problems in any direction that their discoveries may take them,” says Professor Jennifer Doudna. She should know: She won the 2020 Nobel Prize in Chemistry for the development of CRISPR.

In this video, Professors Doudna, Jay Keasling, and Omar Yaghi join College of Chemistry leadership to look back on the college’s rich, storied past, and look ahead to the solutions it will illuminate in the future.

Article originally published in the June 2022 issue of Californiamagazine.