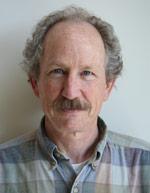 Biophysical Chemistry: Proteins, Nucleic Acids, NMR Spectroscopy — Magnetic resonance methods are being used to investigate the solution structure of proteins and DNA, and the nature and range of their conformational fluctuations, allowing a better understanding of how these molecules carry out their various functions.

Research in Professor Wemmer's laboratory is aimed at understanding the interactions which govern the function of various biopolymers (proteins, DNA, RNA). These interactions include those which stabilize particular conformations of the molecule, as well as those through which different molecules interact to form specific complexes, and carry out their functions. The major tool used is nuclear magnetic resonance, particularly multidimensional methods, often with biosynthetic isotope enrichment. For many moderate size biopolymers the resonances can be systematically assigned to particular sites in the molecule. Nuclear Overhauser effect measurements can be used to determine interproton distances, from which structures can be calculated. In addition, structural fluctuations can be detected using measurements of spin relaxation, or exchange of amide or imino protons. These general approaches are being applied to many different problems, a few of which are described below.

Solution structures have been determined for a variety of complexes of DNA oligomers with small molecule ligands. The natural product distamycin binds in the minor groove in A·T rich sequences. It has been found that there are two forms of complex, one with a single ligand in a narrow groove, and one with two ligands side-by-side in a wider groove. Examining the sequence dependence of binding allows the modification of a design for G·C recognizing ligands to specifically recognize mixed A·T/G·C sequences for the first time. The ideas are now being extended to linked dimers, and to mixed designs which recognize longer sequences. Such small molecule ligands which recognize DNA sequence specifically may be useful in molecular biology, and perhaps later as pharmaceuticals.

Over the past few years most of the group's studies of proteins have focused on those involved in regulation of genetic expression. Several of these proteins are transcription factors, which are modular structures which recognize DNA and assemble other proteins into the transcription complex. While the domains which recognize DNA are well structured, those involved in forming protein-protein complexes seem to be primarily disordered. Work is now focusing on complexes to try to understand how such domains function. Other regulatory proteins under study include a bacterial repressor, and a sequence specific RNA binding protein which regulates splicing. For a majority of these studies we take advantage of isotope enrichment with 15N and 13C with 3D and 4D NMR experiments.

Other ongoing studies in the lab examine unusual DNA structures, a variety of cofactors, peptides, and unnatural "bio"polymers. We continue to try to exploit recent advances in 3H labeling and NMR to address biomolecular problems.