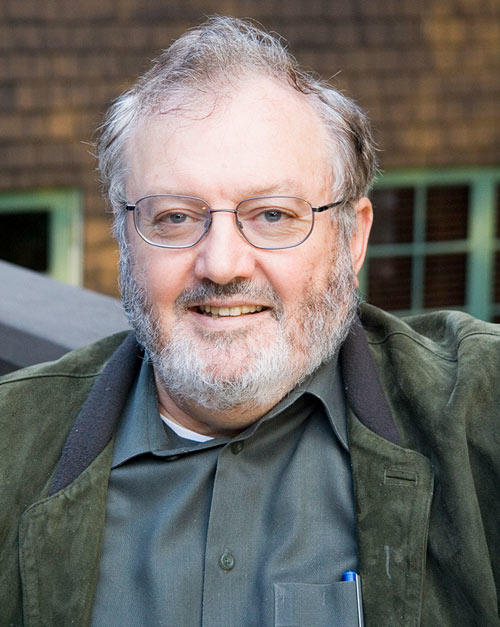 Coordination and Bioinorganic Chemistry; Biophysical Chemistry; Supramolecular Chemistry. The design of specific chelating agents for metal ions has a wide array of applications and can parallel the approach taken by nature.

Supramolecular Chemistry and Catalysis. The Raymond group developed a predictive design strategy resulting in the synthesis of various high-symmetry coordination clusters including M4L6, tetrahedra. By simultaneously fulfilling the symmetry requirements of both the ligand and metal centers, discrete high-symmetry clusters are generated under thermodynamic control. We are exploring the self-assembly of new clusters, thermodynamics and kinetics of cluster formation and host-guest interactions, and chiral resolution in the context of these supramolecular clusters. The M4L6 tetrahedra are able to bind a variety of molecules into their interior cavity. In collaboration with Professors Dean Toste and Robert Bergman, we are investigating chemical reactivity within these hosts. Molecules encapsulated within the host are subject to a unique chemical environment in which reactions take place with enhanced rates or selectivity. The hosts mediate organometallic reactivity, and catalyze organic rearrangements and hydrolyses. Catalysis by M4L6 clusters shares several kinetic features with enzymatic catalysis. And unique product selectivity and 2 million fold rate enhancements have been achieved..

Lanthanide Coordination Chemistry: MRI Contrast Agents. The use of paramagnetic metal complexes as image enhancing agents in magnetic resonance imaging (MRI) has opened up a new field of coordination chemistry. Coordination compounds of Gd(III) are currently among the most commonly used MRI enhancement agents. Our group is involved in the synthesis and characterization of hydroxypyridinone and mixed hydroxypyridinone-terephthalamide based complexes that show promise due to their higher relaxivity. This increase in relaxivity is due to both an increase in the number of coordinated water molecules and near-optimal water exchange rates. We have achieved further increases in relaxivity by grafting Gd(III) complexes onto the periphery of large, rigid macromolecules. The current focus is on the preparation of ligand systems whose Gd exchange rates are very slow.

Luminescent Lanthanide Agents. The unique spectroscopic properties of the Ln(III) cations are advantageous for imaging or analysis applications based on lanthanide coordination complexes. Each of the elements have characteristic and very narrow emission bands, mostly in the visible and near infrared range. These f-f transitions are Laporte-forbidden, resulting in very long-lived excited states, with typical luminescence lifetimes on the micro- to millisecond timescale. These long lifetimes facilitate 'time-gated' emission experiments which result in drastic improvement in signal to noise ratios compared with more traditional steady-state measurements by removing short lived (eg. protein) emission and scattered excitation. In order to circumvent the low extinction coefficients typical of f-f transitions, the luminescent metal ion can be chelated to a chromophore-containing group which functions as an 'antenna,' absorbing incident light then transferring this excitation to the metal ion, which can then deactivate by undergoing its typical luminescent emission. For example, the efficient sensitization of the strongly luminescent visible emission from Tb(III) and Eu(III) has been achieved using the 2-hydroxyisophthalamide or 1-hydroxypyridin-2-one chelate groups, respectively, in both tetradentate and octadentate ligand topologies. These agents are now in several biomedical assays and their basic photophysical properties remain an active research topic.

Actinide Coordination Chemistry. The similarities in the chemical properties and the biological transport and distribution properties of Fe(III) and Pu(IV) explain much of the behavior of plutonium in vivo. In particular, Fe(III) have similar charge to ionic size ratios and hydrolysis properties. These similarities inspired a biomimetic approach to the development of preorganized multidentate sequestering agents for Pu(IV) based on the chelating units found in siderophores, naturally occurring highly selective Fe(III) sequestering agents. The aim of this project is to continue to study the coordination and solution behaviors of ligands for actinide decorporation and selective extraction based on siderophores. This project is the result of a collaborative effort in inorganic chemistry, synthetic organic chemistry, and actinide biology, and incorporates the design, synthesis, structural and thermodynamic characterization of ligands and their metal complexes with actinides and lanthanides and the evaluation of these compounds in metal ion separations. Increasingly the focus is to reverse this process in the development of targeted alpha particle radiopharmaceuticals.