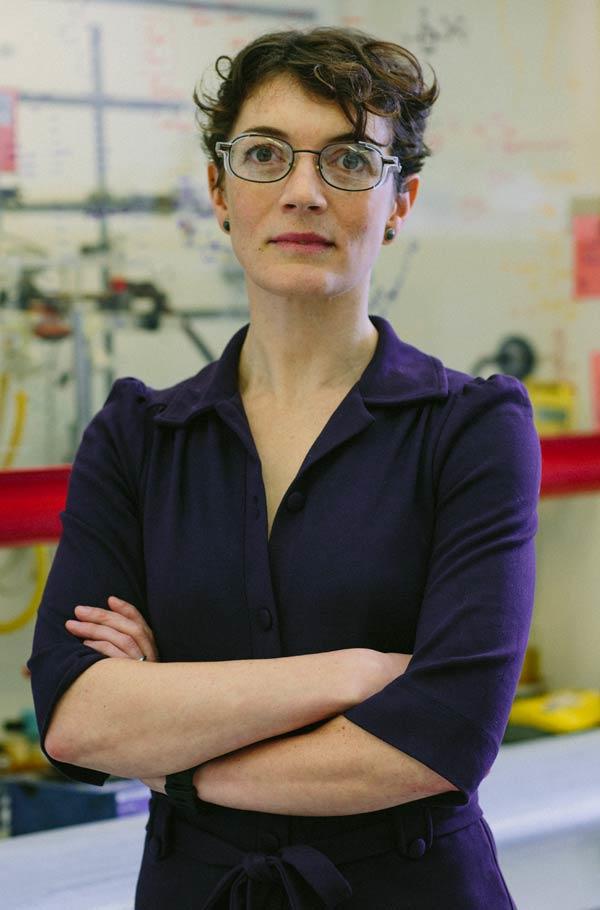 Synthetic, inorganic, organometallic chemistry and catalysis of the rare earths and actinides

PLA group research is focused on reactive and unusual complexes of the rare earths and actinides. We use these to make new catalysts for difficult transformations such as hydrocarbon C-H bond functionalisation and conversions of abundant small molecules such as dinitrogen and carbon oxygenates. The most unusual metal compounds also teach us about electronic structure and bonding in these poorly-understood, yet often earth-abundant heavy elements. This is important to help us exploit the technology critical rare earths, e.g. in quantum science applications, and for the safe stewardship of our nuclear waste legacies. Our labs have state-of-the-art equipment for the synthesis of highly air-sensitive complexes, and the study of their reactivity towards small, inert molecules. We combine anaerobic, organometallic techniques with new methodologies to control f-block cation reactivity, elicit unprecedented behaviours, and isolate molecules with previously unseen electronic structures and reactivities from across the f-block, generating key advances in our understanding of f-block bonding and reactivity to feed into each of these areas.

Understanding, controlling, and predicting the subtle interactions that traditionally inert molecules such as dinitrogen, carbon dioxide and hydrocarbons form with metal cations is a major challenge in molecular science, and a key technology enabler in areas such as homogeneous catalysis, drug recognition, polymer properties, and metal recovery. The 4f-row, the rare earths, whose salts are as common as iodine and ten times less toxic than those of iron, offer great potential for the catalytic conversions of simple inert molecules needed for a sustainable, renewable-based future. We and others have shown many new small molecule reactivities previously considered impossible for the f-block,19-21 and not observed in the d-block.

We have studied substantial solvent effects on the activation of heteroallenes including CO2 by CeIII tris(aryloxides) that incorporate a weak, hemilabile carbene (NHC) donor group. We demonstrated that complexes which exhibit reversible CO2 insertion catalyse the synthesis of cyclic carbonates from CO2 and epoxides at r.t.p. New work is showing exceptionally fast and controlled ring opening polymerisation of lactide to biodegradable polyesters. Bimetallic systems with tunable Ln-Ln distances are being used to test hypotheses in copolymerisation reactions.

Actinide and transuranic synthesis and reactivity

Controlling the chemistry of the radioactive metals of the 5f-row, the actinides, underpins the safe management of our nuclear waste legacy. F-block compounds can also display fascinating electronic properties at the quantum level (e.g. single molecule magnetism, single-molecule Kondo behaviour, unconventional superconductivity). Fundamental studies on f-block complexes with unusual electronic structures can help explain these phenomena, potentially providing transformative breakthroughs for quantum computing and future technologies at the nano-scale. The challenges of paramagnetism, radiotoxicity, and relativistic effects have hampered the use of traditional investigative methods or calculations alone to quantify and exploit the structural and electronic subtleties that govern these behaviors. For example, molecular f-block N2 complexes were considered unisolable until recently, even though Haber noted that uranium was better than Fe as a heterogeneous catalyst for the industrial fixation of atmospheric dinitrogen to ammonia, the Haber-Bosch process.26 We have now made over half the known uranium – N2 complexes and used these simple systems to understand the complex, subtle backbonding capacity of U.

Most recently, studies on new transuranic organometallic complexes are using new techniques to explore and even manipulate the different orbital contributions to covalency.

The oxo groups of the d0f0 U(VI) uranyl dication were generally considered inert and to have no relevant chemistry until a decade ago when we use Lewis acid- binding to activate the uranyl unit and reported the first covalent O-element bond formation at a uranyl ion. Since then we have learnt to control 1-and 2-electron reduction and/or uranyl oxo- functionalistion with almost the whole periodic table, from hydrogen to plutonium (including the first transuranic-uranyl complex), and have defined the two major mechanisms and rules that control uranyl oxo-elementation vs metalation. Most recently, we have eliminated the need for designed, equatorial ligands, instead using careful choice of donor solvent to stabilise both one and two electron reduction and oxo-functionalisation processes. This is opening up routes to more environmentally relevant systems, and more new studies of transuranic analogues.