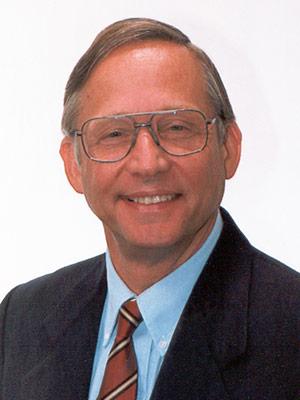 Excited-State Structure and Reaction Dynamics. Determining the structural dynamics of a molecule as it reacts is the key to understanding chemical reaction dynamics. While femtosecond electronic spectroscopy teaches us much about the kinetics of the electronic states involved, it is typically silent on the structure and structural evolution of the reacting species. Resonance Raman spectroscopy provides a powerful window on the structural dynamics of reacting molecules. The quantitative analysis of resonance Raman vibrational scattering intensities tells us about the excited-state structure and femtosecond reaction dynamics on the 0-50 fs time-scale. To extend these limits, we have recently developed the new time-resolved structural technique called Femtosecond Stimulated Raman Spectroscopy (FSFS) that provides high resolution vibrational spectra with unprecedented <50 fs time resolution. This method allows us, for the first time, to obtain vibrational structural spectra of molecules in the transition state as they react. These techniques are being used to study the photochemistry and photophysics of polyenes, retinals and retinal-containing pigments, and many other types of photochemically active systems exemplified by the visual pigment rhodopsin.

Photochemistry of Vision. Visual excitation begins when a photon is absorbed by the 11-cis retinal chromophore in the visual pigment rhodopsin. The amazingly fast (200 fs) photoisomerization of retinal to the all-trans configuration drives conformational changes in the surrounding protein that excite the retinal rod cell. We are using a variety of low-temperature and ps-fs time-resolved spectroscopic techniques to determine how the excited-state isomerization occurs, how the protein catalyzes this process, how chromophore isomerization drives subsequent activating protein conformational changes on the ps-ns time scale, and how the protein controls the wavelength of maximum absorbance of visual pigments. Current projects include the use of site-specific mutants of rhodopsin coupled with FSRS studies of the reaction dynamics to understand the role of the protein in catalyzing this fast and efficient isomerization and energy conversion. We are also interested in understanding the photochemical mechanism of other light-sensing proteins such as phytochrome (a light sensor in plants) and bacteriorhodopsin (a light-driven proton pump found in halophilic bacteria.

We are working on the development of new analysis technologies that will advance genome sequencing, polymorphism characterization, proteomics and health care diagnostics. Toward this end we developed the first Capillary Array Electrophoresis instruments and the energy transfer dye label concepts that were used in the sequencing of the Human Genome. Our approach is to exploit miniaturization of chemical and biochemical analysis along with high-sensitivity fluorescence detection to produce integrated microfabricated lab-on-a-chip microanalysis systems. We are now going beyond the traditional lab-on-a-chip concept to the development of chemical and biochemical microprocessors. We have developed microphotolithographic methods for fabricating capillary electrophoresis systems on glass substrates or chips and the development of methods for DNA sample preparation on these devices. The advantages of these devices are that very small amounts of sample are needed, the electrophoretic separations are 10-100 times faster than conventional techniques, and miniaturization permits the fabrication of massively parallel analysis devices. Photolithographic CE systems have been fabricated and used to perform high speed DNA fragment analyses, PCR fragment sizing and DNA sequencing. Methods have also been developed for fabricating CAE chips with from 96 to 384 capillaries that are capable of analyzing large numbers of samples in parallel. We have also developed methods for integrating PCR-based sample preparation on these chips to make the first miniaturized DNA analysis bioprocessors. Future work will focus on the fabrication and operation of more complex DNA sample preparation and analysis systems including valves, vents, reactors, pumps etc. to perform nanoliter chemistries that would not be feasible or practical in a conventional macroscopic laboratory. Examples include the development of chips to evolve selected RNA populations automatically, the development of ultra-high gain cascaded PCR reactors, chips to perform analysis of single cell genetics and expression, the development of chip-based logic circuits using DNA as the information carrier in microfluidic channel "wires", the development of microchemical and biochemical analysis devices to explore for chemical signs of extraterrestrial life, and the development of portable clinical health care monitors.