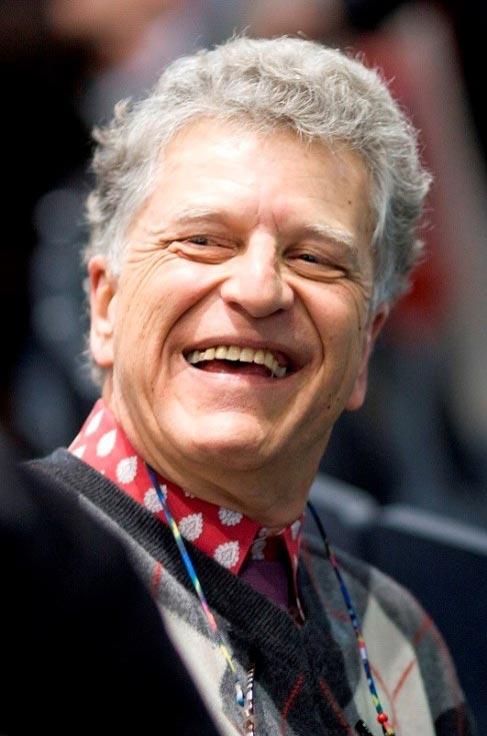 Professor Vollhardt and his coworkers are interested in the application of transition metals to organic synthesis. The areas under investigation range from the assembly of novel oligometallic arrays to the use of cobalt, palladium, and nickel in the construction of complex organic molecules.

A second effort underway is directed at further exploring the scope of the cobalt-mediated [2+2+2]cycloaddition of alkynes to other unsaturated substrates, a reaction pioneered by the Vollhardt group.  Recent work has focused on "tagging" heteroaromatic systems, such as the indole alkaloids, resulting in a total synthesis of strychnine and a novel approach to morphinoids.

A third problem is concerned with the synthesis of molecules of theoretical importance, in particular highly strained hydrocarbons and molecules with electronically destabilizing features.  These include the phenylenes, a class of novel benzenoids in which benzene and cyclobutadiene are fused in an alternating manner.  Their properties are remarkable, in particular  with respect to cyclohexatrienic reactivity of the benzene nuclei and their potential to behave as organic magnets and conductors.

K. Peter C. Vollhardt was born on March 7, 1946 in Madrid, Spain. He grew up there and in Buenos Aires, Argentina, where he went to primary school. He then moved to Germany and completed his secondary school education in Munich, where he obtained a Vordiplom in Chemistry at the University of Munich. In 1968, he moved to University College London, to graduate with a Ph.D. in Chemistry with Professor P. J. Garratt in 1972. After two years as a postdoctoral fellow with Professor R. G. Bergman at the California Institute of Technology, he was appointed Assistant Professor at the University of California, Berkeley. In 1975, he also became Principal Investigator of the Materials and Chemical Sciences Division, Lawrence Berkeley Laboratory. In 1978, he was promoted to Associate, in 1982 to Full Professor. From 1983 to 1987, he was also a Principal Investigator at the Center for Advanced Materials, Lawrence Berkeley Laboratory. He was Assistant Dean to the College of Chemistry from 1996 to 2004. He is a member of the German Chemical Society, The Chemical Society, London, the American Chemical Society, and Sigma Xi.

Between 1966 and 1969, he was a Fellow and then an Overseas Fellow of the Studienstiftung des deutschen Volkes, and, in 1975, he received a Regents' Summer Faculty Fellowship. He enjoyed visiting Professorships at the Universities of Paris at Orsay (1979), Bordeaux (1985), Lyon (1987), Rennes (1991), Paris VI (1992), Marseille (2000), and Rome Tor Vergata (2004). He held both an Alfred P. Sloan Foundation Fellowship (1976–1980) and a Camille and Henry Dreyfus Teacher Scholarship (1978–1983). In 1983, he was awarded the Adolf Windaus Medal of the Georg August-Universität Göttingen, in addition to being selected by Science Digest as one of the "100 Outstanding Young Scientists in America." During the years 1984–1989, he functioned as an Associate Editor for the journal Synthesis, to be followed by a position as Chief Editor for Synlett, a journal he launched in 1990. He stepped down as Chief in 2015, but remains an Associate Editor. He was the recipient of a Miller Research Professorship in Residence (1985–86), a Humboldt Senior Scientist Award (1985 and 1992), and the ACS Award in Organometallic Chemistry (1987). In 1987, he was also elected to the Organic Division Committee of IUPAC. He was given the Otto Bayer Prize 1990, the ACS Arthur C. Cope Scholar Award 1991, a Japan Society for Promotion of Science Award 1995, the Stiftung Buchkunst Prize (Germany) 1996, an NSF Special Creativity Award 1998, the ACS Edward Leete Award 1999, the Medal of the University Aix-Marseille 2000, and an Honorary Doctorate from the University of Rome Tor Vergata 2004.